There is a lot now being talked and written about the success of Apollo 11, and the Apollo space programme, half a century ago. The BBC podcast 13 minutes to the moon is fantastic. It tells well the story leading up to and during the 13 minutes that Neil Armstrong and Buzz Aldrin descended to the lunar surface on July 20, 1969 (While Michael Collins became the “loneliest” man on & off the world, orbiting the moon). It re-emphasizes the technological as well as the human wonder that made it possible.

Inevitably too, commemorating Apollo 11 stimulates talk about the need for new figurative “moonshots.” These are ambitious long-term planetary-bound technological projects. Silicon Valley’s been a booster for moonshots for some time.

“[It] must solve a problem that affects millions or billions of people; it has to have an audacious, sci-fi sounding technology; and there has to be at least a glimmer of hope that it’s actually achievable in the next 5–10 years.”  Astro Teller 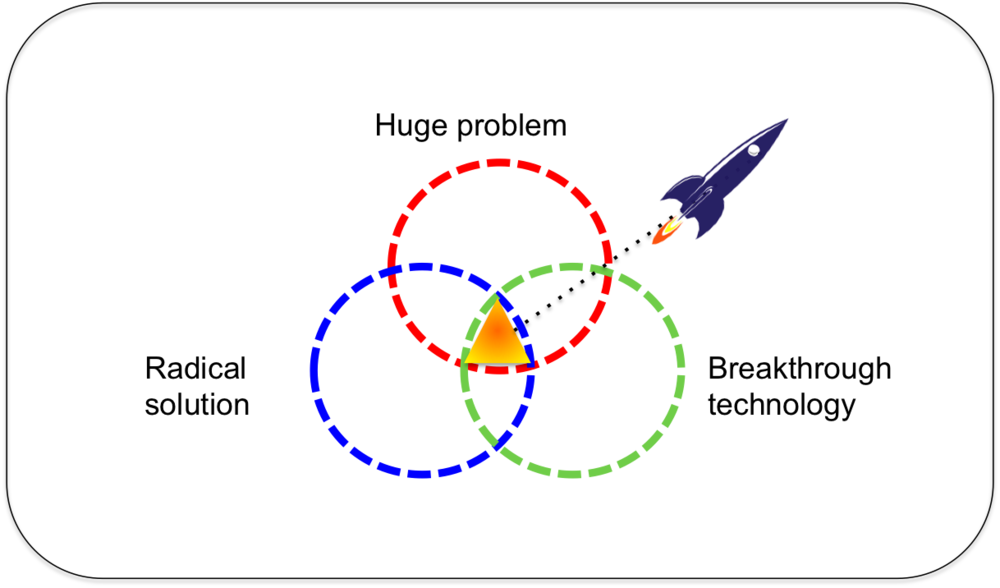 Metaphorical moonshots for the environment

Others too are suggesting moonshot approaches to reduce the causes and impacts of climate change. Such as reducing atmospheric carbon dioxide levels, more quickly moving the world economy away from oil and coal, and reducing other adverse environmental effects.

Big science projects (multi-national projects costing hundreds of millions or billions of dollars) are becoming more common too, but they aren’t strictly “moonshots”. They are about discovery (the Human Genome Project, and the Large Hadron Collider, the Square Kilometre Array) rather than a destination or a solution. Iter, which is attempting to develop a magnetic fusion device, is partway between big science and moonshot.

The benefits of establishing “moonshots” are that they can, if properly framed and supported, provide a clear set of problems to solve, and the concentrated effort required to achieve the objective.

Safi Bahcall points out that behind every moonshot there are many “loonshots” – crazy ideas that often fail, or don’t succeed at first. For renewable energy and carbon capture technologies there are already a range of technologies in use, or proposed (on a spectrum of craziness). But the Global Apollo Programme to Combat Climate Change notes that for clean energy :

“Effective cost reduction requires not only the wider deployment of existing clean technology but also, critically, the scientific development of new technologies. “

It’s easy to talk about moonshots, but harder to get support for them. The money (lots of it) needs to come from somewhere else. The original Apollo programme had to battle strong opposition from those with military interests who worried about “their” money being diverted to a civilian project.

The Global Apollo Programme to Combat Climate Change was proposed in 2015, suggesting that it would need to build up to 4% of the global research, development & deployment spend. Four years on it doesn’t appear to have any serious financial or political backing. There is research & development underway on many areas relevant to the programme, but public investment in renewable energy research and development in many countries has declined in the last decade (figuring out what China [not an IEA member] is spending, and on what, is hard). 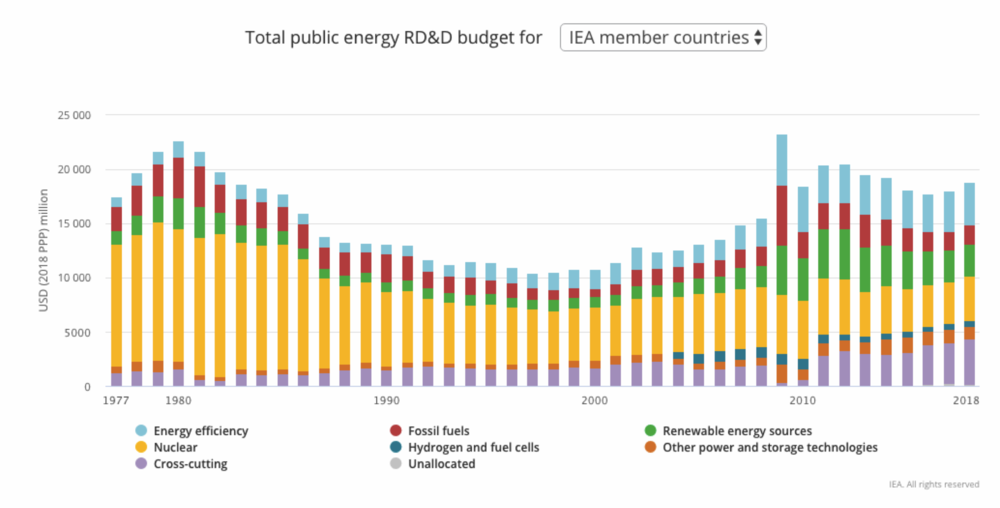 It’s not just about the technology

Moonshots can grab attention, as well as disputation. To work they require clear vision and objectives, coupled with long-term political, financial and social commitments. It takes more than a village to get to the moon.

Yes, concentrated efforts and technological developments are required to get to more sustainable energy systems. But we can often focus on technological solutions, like a drunkard looking for keys under a lamp post, because that’s the easiest place to look. New technologies give us options, but will only be part of the solution. Having the technology is one thing, deploying it is another, requiring political, regulatory, economic and social change.

Autocratic approaches, like a wartime mobilization programme, can speed up change, but not without creating other problems.

An interesting illustration of what can influence communities in adopting new energy technologies is provided by two villages in northern Germany near Denmark – Reussenköge and Waabs.

Reussenköge, on the North Sea, has a very large wind power park.

“Almost all of Reussenköge’s 325 or so residents are shareholders in the collectively owned wind park—the remaining few are mostly older people and children. This arrangement has made the residents wealthy and vocal supporters of wind power, and desirous of more of it.”

Waabs, on the Baltic Sea side, has just six wind turbines near by, with more coming. Many residents don’t like them. They are privately owned, and the community doesn’t benefit financially. It isn’t as simple as co-ownership, there are adverse effects from living near large turbines, but incentives as well as better technologies influence decisions.

Maybe what we need isn’t one big metaphorical rocket. (Granted, one pointed at the nether regions of some political and business leaders is necessary). There are many different but interconnected problems to address with complex issues like climate change. There is more than one moon we need to get to. Small steps as well as giant leaps. A focus on just one death or glory “moonshot” can crowd out a diversity of approaches and solutions. We need a star fleet of technological and other developments, large and small, to live well and more sustainably in the future.

Moonshot thinking also shouldn’t be just about the “moon.” Ideally it’s part of something greater. If Nasa had had its way, and the funding to match, it may have taken people to Mars 20 years after the moon. Having more sustainable energy systems is only part of our journey. Another small step for mankind.

The Apollo programme made us see our own planet – a blue marble – in a new way. To keep it hospitable we’ll have to think and act in both big and small ways.

UPDATE: Alex Davies in an article subsequently published on Wired criticises the overuse of “moonshot” because (1) many of the shots (eg cancer) are not well defined on what success looks like,  and (2) they have broader goals than a moon landing, requiring “ecosystems of innovation.”

Davies suggests calling the tackling of challenges like climate change and cancer “Moon booms”, expansive detonations.  In my original post I was going to call them “Bloom shots” but didn’t. I prefer it to “moon boom” since the moon is a false target, and bloom has a more organic and generative image than “boom.”

Featured image by SpaceX on Unsplash