When a President annouces a scientific project as publicly as President Obama did, the world listens. The US is planning to put signifcant resources behind a huge effort to try to map the brain. There has been a lot said about this BRAIN project [1], and I have been quietly reading trying to make sense of the disparate reactions that this ‘launch’ had – and trying to escape the hype.

I can understand the appeal – the brain is a fascinating invention of nature. I fell in love with its mysteries as an undergraudate in Argentina and I continue to be fascinated by every new finding. What fascinates me about the discipline is that, unlike trying to understand the kidney for example, neuroscience consists of the brain trying to understand itself . That we can even ask the right questions, let alone design and perform the experiments to answer them is what gets me out of bed in the morning.

Trying to understand the brain is definitely not a 21st Century thing.  For centuries we have been asking what makes animals behave the way they do.  And yet we still don’t really know what it is about our brains that makes us the only species able to ask the right questions, and design and perform the experiments to answer them?

Many of us neuroscientists might agree that how we think about the brain came about from  two major sets of finding. Towards the end of the 19th Centrury it finally became accepted that the brain, like other parts of the body, was made up of cells. It was Santiago Ramon y Cajal’s tireless work (with the invaluable assistance of his brother Pedro) that was fundamental in this shift. This meant that we could apply the knowledge of cell biology to the brain. The second game changer was the demonstration that neurons could actively produce electric signals. In doing so, Hodgkin and Huxley beautifully put to rest the old argument between Volta and Galvani. This meant we had a grip on how information was coded in the brain. 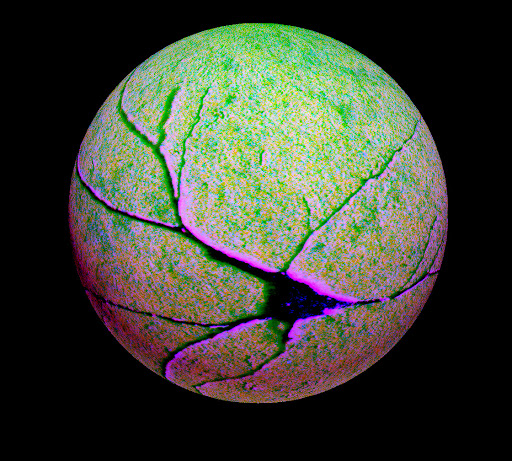 From this pioneering work, neuroscience evolved directing most of its attention to the neurons and their electrical activity. After all, that is where the key to understanding the brain was supposed to be found. Most of what happened over the twentieth century was based on this premise. Neurons are units that integrate inputs and put together an adequate output passing the information to another neuron or set of neurons down the line until you get to the end. In a way, this view of the brain is not too different from a wiring diagram of an electronic circuit.

Trying to understand the wiring of the brain, however, is, not easy. There are thousands and thousands of neurons each with a multitude of inputs and outputs. You can quickly run out of ink trying to draw the wiring diagram, It is because of this complexity that neuroscientists (just like scientists in many other disciplines) turn to simpler models. We have come to know some secrets about learning from studying the sea slug Aplysia, about how the brain gets put together from flies and frogs, and even about how neurons are born in adult brains from singing canaries. What all these models have in common is that we can tie pretty well a very specific aspect of brain function to a circuit we can define rather well. And we have learned, and keep learning, heaps from these models. The main thing we learn (and the reason why these models continue to be so useful and fundamental for progress) is that the ‘basics’ of brains are quite universal – and once we know those basics well, it is a lot easier to work out the specifics in more complex brains.

Trying to understand the architecture of circuits has proven to be of major value (and this is what the connectome is about). But building the connections is not just about drawing the wires – you need to build in some variability – some connections excite while others inhibit, some neurons respond in predictable linear ways, others don’t.  And when you are done with that, you will still need to start thinking about the stuff we have not spent a lot of time thinking about: those other cells (glia) and the stuff that exists in between cells (the extracellular matrix). More and more, we are being reminded that glia and extracellular matrix do more than just be there to support the neurons.

So it is not surprising to find some skepticism around these large brain projects. Over at Scientific American, John Hogan raises some valid criticisms about how realistic the ambitions of these projects are given the current state of neuroscience (read him here and here). Other lines of skepticism center around the involvement of DARPA in the BRAIN project (read Peter Freed’s views on that here or Luke Dittrich’s views here). Others criticize the lack of a clear roadmap (read Erin McKiernan’s views here). Others have expressed their concerns that too strong expectations on advancing our knowledge of the human brain will overlook the importance of exploring simpler circuits, something that had been stated clearly in the original proposal [2].

Is now the right time?

Back in the ‘90’s the decade of the brain had insinuated it would solve many of these problems, I don’t think it did. Despite the neuroscience revolution from about a century ago and the work that followed, we still have not been able to solve the mysteries of the brain.

But this decade is somewhat different. I am reading more and more stuff that has to do with the emergent properties of the brain – not just the properties of the neurons. And for the first time since I started my road as a neuroscientists I am being able to ask slightly different questions. I did not think that successful brain machine interfaces would be something I’d get to see in my lifetime. And I was wrong. Even less did I think I would get to see brain to brain interfaces. But the works is moving forward there too.

The BRAIN project is not alone. In Europe the Human Brain Project received similar attention. We all expect that such boosts in funding for multidisciplinary research will go a long way in making things move forward.

It is inevitable to think of the parallels of the approach to these Big Brain projects and the National Science Challenges – which are wonderfully expressed by John Pickering here.

I think that Erin McKiernan’s cautionary words about the BRAIN project might be quite appropriate for both:

Investing in neuroscience is a great idea, but this is not a general boost in funding for neuroscience research. This is concentrating funds on one project, putting many eggs in one basket.