In recent comments to an article I wrote on homeopathy in New Zealand pharmacies, some readers suggested that because the remedies were popular, they must be OK. 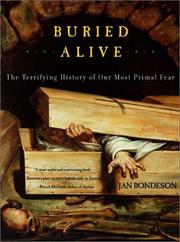 To give a little light relief from the weightiness of the topic, let’s illustrate the illogic of using popularity in lieu of demonstration of effectiveness by paradoxially considering the morbid example of mausoleums.

Previously I reviewed Bondeson’s book Buried Alive. (There’s also a video of Monty Python’s “Bring out your dead” skit, if you’re a fan.) If you read the book, you’d learn that mausoleums where once popular in Germany.

These mausoleums were institutions set up throughout Germany to ensure that the dead really were dead by babysitting them for several days.

To their credit at least they kept good records, as German administrations seem to have a reputation to.

After a number of years, they realised that no-one was recovering from death, so the mausoleums themselves died.

From this we get two lessons:

More articles at Code for life:

All this talk about 3-D movies and TVs is depressing

Scientific baking. Great for those lab meetings or kids’ parties

(I apologise for the inexcusably short post, but that’s the all time I have tonight…! I will return to the homeopathy articles in time. I have nothing against Germans and there are some fine German scientists and scientific institutions.)

0 Responses to “Popularity does not mean effectiveness or sensibility”