I had been meaning to write about the series of articles in Nature on science writing for some time, hoping to tack Laelaps & colleagues series about popular science book writing on to this. Unfortunately just as I was to start it I was scooped! What I get for procrastinating…

In it’s place I will present a slightly longer list of popular science book writing links and some thoughts juggled into some sort of order.

(If you just want the main list of posts without the writers’s warnings pre-amble, skip down to Anyway, that list… There’s good links before then though…)

David Winter mentions Cornelia Dean’s advice not to write unless you can’t help yourself. I’ve seen that advice before. It seems it’s often repeated!

I had no luck relocating the source, but I first saw it an anthology of writers thoughts’ on writing. The guy’s piece started along the lines of asking if the reader wanted to write, then saying ’Don’t.’ It asked the same question again, with the same reply. And a third time, answering with words to the effect of ’well, go ahead, you’re beyond helping.’

Likewise, in October I quoted from the introduction to Best American Science Writing 2009. In it editor Natalie Angier offers a response to enquiries from inspiring science writers:

Dear Reader, you want to be a science writer? Have you lost your carbon-based buckeyballs? […]

Although she is writing about science writing more in the sense of magazines and newspapers, and in the light of the rounds of redundancies, I imagine she’d be just as forceful if a correspondent mentioned book writing.

The point seems to be that you have to recognise the reality, that writing a book rarely makes money, not enough to justify the effort put in conventional terms of pay-for-time. Stoat offers some rather depressing statistics. There are rare exceptions; I suspect Rebecca Skloot may be one, but her book is the end product of ten years at it. My impression is that you have to take it on as a journey, with an understanding of the work involved. I’m not trying to be negative; I’m trying to be realistic. (Book authors are welcome to make comments in the comments section…)

Alternatively, you could approach it with the blind ignorance of the naÃ¯ve. 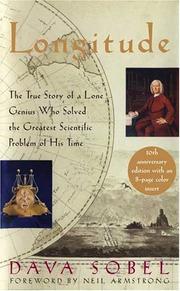 Vikram Seth in Writers on Writing suggests a writer needs four things: ignorance (of the reality or you’d never start, he says); curiosity, persistence and a patron. Note the last. I vote for many more patrons of science writing!

If you need a more positive spin to lift yourself out of the gloom you could try Dava Sobel’s account of her career. (Dava is a very successful popular science writer with Longitude, Galileo’s Daughter among others to her credit.)

The history of science writing is something that I’ve become interested in. Thomas Levenson adds his thoughts on the origin of science writing while reviewing a biography of early popular science book author Joseph Preistley (1733-1804), which serves to remind us that popular science book writing is not a new enterprise. Time Online offers an alternative in shorter form. (I’ve previously pre-viewed a more detailed examination of the earlier history of science popularization.)

There’s Nature editor Henry Gee on book proposals (which I previously blogged). The comments are worth reading, too.

At Laelaps (Brian Switek, whose Written in Stone will be published in November):

Brian has previously written about transiting from a blogger to a book writer.

Finally, at Through the Sandglass (Michael Welland, a geologist and author of Sand: The Never Ending Story):

Michael Welland in his pre-series post points out that a popular science book, Richard Holmes’ The Age of Wonder: How the Romantic Generation Discovered the Beauty and Terror of Science, won the general non-fiction section of the National Book Critics award.

Not part of this series, Chad Orzel, author of How to Teach Physics to Your Dog, tries to get it all in one post, particularly making the point not to consider the editor as your enemy, taking his lead from Lilith Saintcrow.

According to those that attended ScienceOnline2010, one of the most popular sessions was Writing for more than glory: Proposals and Pitches that Pay hosted by Rebecca Skloot, with the aid of David Dobbs, Ivan Oransky, and Cliff Wiens.

As I’ve blogged previously, Janet Stemwedel did an excellent job of providing a live tweet summary of this session. This is worth reading as a sort of live bullet point list of writing advice.

There was (?) a video of this session. (If anyone has a clue as to where it’s hiding or if this doesn’t in fact exist, let me know.)

Finally, Nature has a Web Focus, as they call them, How to write science books. This is a round up of a short series of interviews hosted over five editions at Nature covering, in order, textbooks, popular science, science fiction, biography and science books for children.

There. This should keep you lot busy for a bit?

The video of the Writing for more than glory ScienceOnline2010 session is now available.

Older articles on books and writing at Code for life:

Three kinds of knowledge about science and journalism