Today I had a flash back.  Our 3 year old was having a pout about not seeing any bones at the Auckland Art gallery and that they had not been to the museum.  And our 6 year old was describing her favorite pieces at the Gallery which were the Maori designs and patterns…and I thought… HANG ON A MINUTE!!!

And then I found this, something I had previously written but not got around to posting here…

about a year or so ago when the Wiggles were doing their swan song tour of NZ (before the new Wiggles came into power) I was trying desperately trying to find cool science within the songs and messages.  I was looking for a glimmer of the nuts and bolts stuff that my young ones would suck up and absorb for all eternity…and quite possibly lead them to be Scientist of the Year 2030.

Having danced in the aisles to appropriately role model positive, social behaviour, and sung the songs out loud…I remained unsure that The Wiggles were the answer.

Can We Dig It?…. Archaeology and Sport Science?  Had I found a previously undiscovered archaeological anthem in all its  technicolour glory?

“Digging up the dirt in a line….

Digging in the sun, having lots of fun….

Digging with a shovel, or a trowel….

Digging is what we love to do.”

So then I looked for alternatives and came very naturally and quickly to Dora the Explorer.  She is an obvious contender as she tears about the Mexican country side visiting temples, jungles and lakes on cars, trains and animals.  She knows trolls and unicorns, and visits castles which obviously sit in the the world of archaeology?!!??!?!!!!

Then there is Diego, Doras cousin.  He rescues and looks after animals in need.  He has cool gadgets and modes of transport like parachutes in packs and skateboards, and he and his sister Alicia provide preschoolers with a good grounding in animal types, the noises and actions they make, and the equipment needed to help them when they are hurt or want to study them (see the photo below where Dora, Alicia and Diego are in the ‘lab’ with a computer and camera with tripod).  Not only are kids learning about nature and their environment, but the programme also helps them become accustomed to technology and its uses.  I actually might be getting somewhere in this search!? And then across to the Bubble Guppies!  Which I have to confess I am strangely drawn to because…well I am not going to dwell on the because!  But they have an episode which is my personal favorite  AND another Mexican based story.  The Bubble Guppies go on a treasure hunt (which our eldest would happily do every day if a favourite treat was at the end!) and they come across the pretzelcoatl dragon that lives in a stone Aztec pyramid ‘The temple of the golden pretzel’ and loves to eat pretzels!  Not only do these under water guppies show us a whole world that I never new existed, but I was reminded about about discovery, the thrill of the search and historic architecture… and how much fun it can be doing it!! 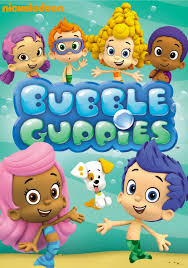 But now today, a year on from my original writing … my girls have got older, but it is still about getting some meaningful brain fodder into them whilst still letting them enjoy the visual stimuli that preschool/early school tv offers them, and they enjoy.

Enter THE Hadrosaur tail discovered in Mexico, this week in the news.   It ticks all the boxes for me in interesting my young children in science, except 1:

It has been found in Mexico by students and paleontologists at the National Institute for Anthropology and History (INAH) and the National Autonomous University of Mexico.

It is the longest, most intact or articulated set of 50 vertebrae bones found in Mexico to date.

Its preservation is unusually good due to its deposition and the burial environment, ie you see the bones, your get that these belonged to BIG creatures, and they have been hidden for 72 million years, like treasure!

The article also states that scientists already know that dinosaurs suffer from tumours and arthritis, meaning that they really needed medical attention (and my kids do like Doc Stuffins these days)… I must look that up…

And that paleontologists had to carefully dig to reveal the fossilized bones and that they will be carefully moved away from the  site for cleaning and investigation (mum digs in the dirt for old things, and some times bones…just like Dora the Explorers mum! – what do you know we have gone full circle, and I am forced to compete with an animated character).

But the hadrosaur story is a real discovery, from the real news… which my children might well be able to understand, learn something from and be excited about…

but the Excavation of the duck-billed (hadrosaur) dinosaur video and the media articles do not help in any way, shape or form when it comes to re-affirming knowledge and information I try to pass on, as the the answer to the question I inevitably respond to most when asked by the general public about all the dinosaur bones I have excavated….that archaeologists do not generally excavate dinosaurs.

Archaeologists investigate and care for the evidence of past humans!

I think I will go and make an A1 poster of this story for their bedroom wall!