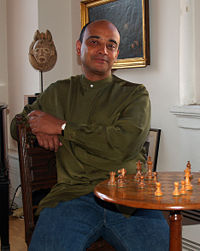 Joseph Romm sounded the theme of moral obligation in a post on Climate Progress this morning as he directed readers’ attention to an opinion piece in the Washington Post by Kwame Anthony Appiah, a philosophy professor at Princeton University. Appiah was reflecting on what future generations might condemn us for. He instances practices in the past which are now regarded with abhorrence. Men dutifully beating their wives and children, the execution of homosexuals, the practice of slavery, denying women the vote, lynch mobs, are among his examples. We look back and ask: What were people thinking?

What in our own time are our descendants likely to look back on and ask what we were thinking? Appiah identifies four contenders, some which go beyond the scope of Hot Topic’s focus, but before he does so he suggests three signs that a particular present practice may be destined for future condemnation. What especially attracted my attention was his use of the institution of slavery to illustrate the signs.

’First, people have already heard the arguments against the practice. The case against slavery didn’t emerge in a blinding moment of moral clarity, for instance; it had been around for centuries.

’Second, defenders of the custom tend not to offer moral counterarguments but instead invoke tradition, human nature or necessity. (As in, “We’ve always had slaves, and how could we grow cotton without them?”)

’And third, supporters engage in what one might call strategic ignorance, avoiding truths that might force them to face the evils in which they’re complicit. Those who ate the sugar or wore the cotton that the slaves grew simply didn’t think about what made those goods possible. That’s why abolitionists sought to direct attention toward the conditions of the Middle Passage, through detailed illustrations of slave ships and horrifying stories of the suffering below decks.’

I have often detected parallels between the struggle to get action on climate change and the past struggle to have slavery abolished, but have tended to draw back from pointing to them because the content of the struggles is different and the comparison may seem rather harsh on the opponents of climate change action. However the three signs Appiah nominates seem to me apposite to climate change inaction, and I hope I can point this out in sufficiently general terms to avoid appearing to accuse anyone of gross inhumanity.

First, we have been aware of the dangers of increasing greenhouse gas emissions, not for centuries admittedly, but for long enough for governments to be apprised of the information.  The UN Framework Convention on Climate Change has been in force since 1994 and enjoys near universal membership.

Second, many of the arguments against effective action invoke economic necessity ahead of environmental responsibility.  In the case of the slave trade and slavery the argument was strongly urged that economic ruin and decay would result. Somehow that trumped any humanitarian issues. In the case of climate change the issues are not presented so starkly. We are assured that the environmental questions are not overlooked, just pushed down the list. But the obstinate fact remains that the economy comes first, and moreover the economy as it is presently conducted and understood, not as it might become when greened.

Thirdly, strategic ignorance is deeply involved in the continuance of many of our present climate unfriendly activities. It relates to those in poorer countries already suffering the effects of climate change as well as to our grandchildren and their children who will be struggling with the massive problems we are bequeathing them.  If anyone tries to make a connect between the floods of Pakistan or the wildfires of Russia and our greenhouse gas emissions they are accused of falsely attributing natural phenomena to human causation. If they point to the storms ahead for our grandchildren they are dismissed as alarmist.

The Quakers had an honourable part to play in the abolition of the slave trade and of slavery. I was interested a year ago to read a book by a group of modern Quakers, academics and entrepreneurs, on the kind of changes needed to produce an ecologically sustainable and socially just economy. Right Relationship: Building a Whole Earth Economy was its title and I reviewed it on Celsias. Why I mention it here is because the authors deliberately place themselves in the tradition of the 18th century Quakers who engaged in the campaign to end British participation in the slave trade and abolish slavery throughout the British Empire. They see their book as a moral challenge to today’s growth-driven economy, and take inspiration from their Quaker predecessors who ’eventually won the day and brought down the economic interests that argued for the ‘natural law’ of profit over all’.

To return to Appiah and the Washington Post. Unsurprisingly, the environment is one of the areas in which he foresees future generations asking what we were thinking.

’It’s not as though we’re unaware of what we’re doing to the planet: We know the harm done by deforestation, wetland destruction, pollution, overfishing, greenhouse gas emissions — the whole litany. Our descendants, who will inherit this devastated Earth, are unlikely to have the luxury of such recklessness. Chances are, they won’t be able to avert their eyes, even if they want to.’

Joe Romm’s complementary comment on that paragraph is just right:

’Also, unlike most other condemnable immoral activities in history, by the time this is obvious to all, there will be no undoing it by passing a law or establishing new social norms. And that’s why we all have a moral obligation to condemn what’s happening now in the strongest possible terms.’

It’s the moral dimension which makes it not unreasonable to see parallels between the obstinate refusal or delay to face up to the consequences of our climate inaction and the stubborn persistence of those in the 18th and 19th century who staved off action on slavery for so long.