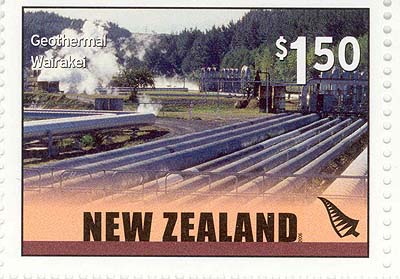 From a climate change perspective the New Zealand Energy Strategy 2011-2016 is hopelessly compromised by its determination to exploit all the oil and gas that can be found, including deep sea methane hydrates. Take a look at this extract, the second paragraph in the strategy document:

’Globally, there are two energy challenges: energy security and responding to climate change. Responding to these challenges is a major undertaking. Renewable sources of energy will help us meet these challenges, but we need to be realistic and acknowledge that there is no single answer. For the foreseeable future, fossil fuels will continue to be an important part of the global energy mix.’

This is simple denial of the seriousness of climate change. ’Renewable sources of energy will help us,’ it says. How utterly lame.  Renewable energy sources are essential in responding to the challenge of climate change. Nuclear energy or effective carbon capture and storage (CCS) from fossil fuel burning are the only other possible contributors. But these don’t appear to be what the document means when it says ’there is no single answer’. There is no mention of nuclear energy, and the only reference to CCS is this statement: ’For example, given New Zealand’s fossil fuel endowment, the Government will continue to participate in international carbon capture and storage research initiatives.’ Hardly a significant element in the strategy.

What is seems to mean is that responding to climate change must take a back seat to energy security, and that in the view of the government energy security can only be achieved if fossil fuel consumption remains part of the mix. This sentence suggests as much, and adds the extra enticement of wealth:

’New Zealand also has an abundance of petroleum and mineral resources. Developing these resources can contribute to energy security and provide export earnings for New Zealand.’

And we’re even proving to be good global citizens by developing our petroleum and gas resources:

’Through developing our petroleum resources we contribute to global energy security — and have been commended for doing so by the International Energy Agency. There are also opportunities to displace carbon intensive energy sources by developing our potential gas reserves.’

However, the document concedes, this is not to say renewable energy doesn’t have a place in the scheme of things in the matter of energy security:

That target, incidentally, is conditional on security provisos:

’The Government retains the target that 90 percent of electricity generation be from renewable sources by 2025 (in an average hydrological year) providing this does not affect security of supply.’

’Achieving this target must not be at the expense of the security and reliability of our electricity supply. For the foreseeable future some fossil fuel generation will be required to support supply security.’

Why ’for the foreseeable future’? Is it so difficult to foresee, and achieve, the management of the wide range of renewable energy available to New Zealand to produce an electricity supply as secure, or more secure, than the one we now have?

It is one thing to say that we can’t immediately stop using fossil fuel. Few would argue with the following statement:

’Petroleum plays a vital role in transport and many other sectors. Around half of the energy we currently consume is from petroleum. We cannot just turn off the tap in our journey to a lower carbon economy.’

But it is quite a different thing to use this as grounds for the unlimited development of oil and gas resources:

’The Government wants New Zealand to be a highly attractive global destination for petroleum exploration and production investment so we can develop the full potential of our petroleum resources. Significant discoveries of oil and gas resources will help boost New Zealand’s foreign earnings and domestic gas supplies.’

The strategy is riddled with statements which aim at combining the incompatible. It is formulated in a make-believe world where emissions are lowered through the operations of the Emissions Trading Scheme and a little bit of encouragement of renewables while at the same time fossil fuel resources are developed at an increasing rate and we grow rich on the proceeds. The obvious contradictions in this policy are not resolved by occasionally tossing in words about environmental responsibility. We can’t have it both ways. If climate change is occurring as the science tells us it is we have no choice but to forsake the mining and burning of fossil fuels as soon as we can possibly manage in order to preserve a decent future for humanity. That’s a conclusion the government is unwilling to draw. The energy strategy is consequently a confused mishmash. The best thing that can be said about it is that it only covers five years. Hopefully during that time climate change awareness will grow to the point where denial of its seriousness is no longer possible. But we have reached the point where every year counts for emissions reduction, and it is serious dereliction to further delay the new comprehensive energy systems which must replace those based on fossil fuels.