The latest from the National Snow and Ice Data Center. 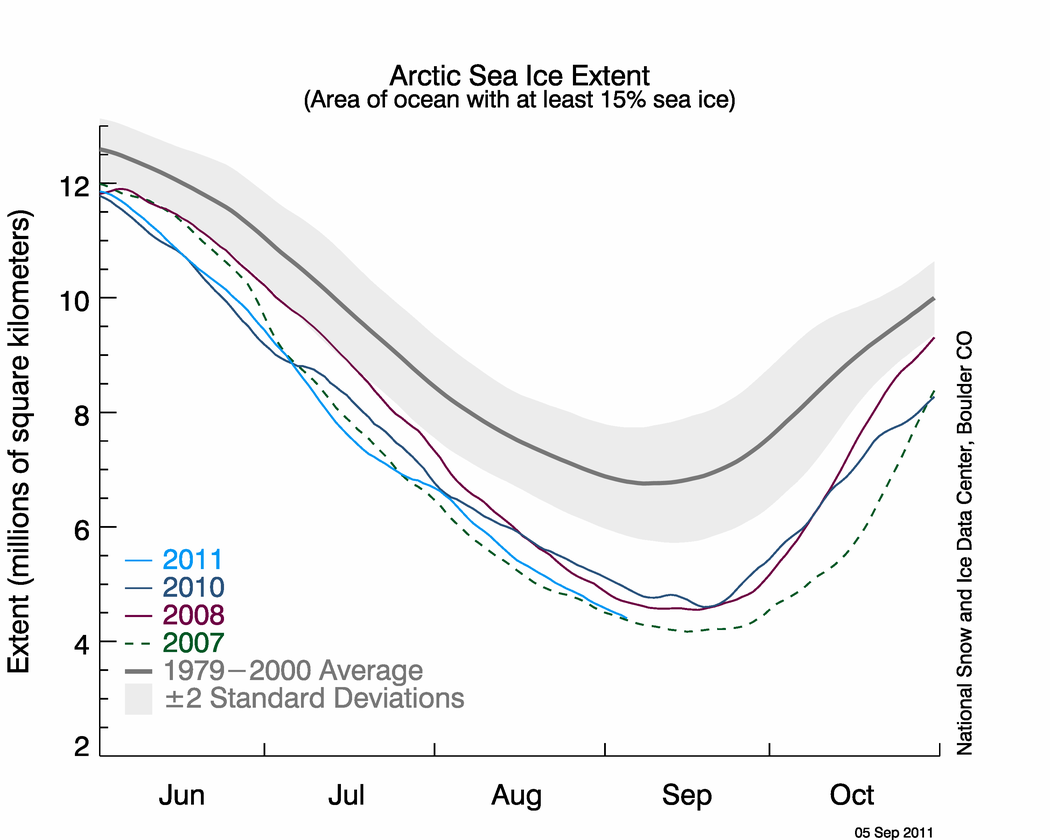 The graph above shows daily Arctic sea ice extent as of September 5, 2011, along with daily ice extents for previous low-ice-extent years.

Air temperatures were 1 to 4 degrees Celsius (2 to 7 degrees Fahrenheit) higher than average (relative to the 1981 to 2010 climatology) over the Arctic Ocean (measured approximately 1000 meters above the surface). The strongest anomalies were over the Northwest Passage region. High pressure persisted over much of the central Arctic Ocean, associated with a wind pattern that helped to push ice from the Beaufort Sea westward into the Chukchi Sea. This may have slowed some ice loss in the Chukchi Sea region. However, the wind pattern also transported ice into open waters warmed during the summer, fostering melt. 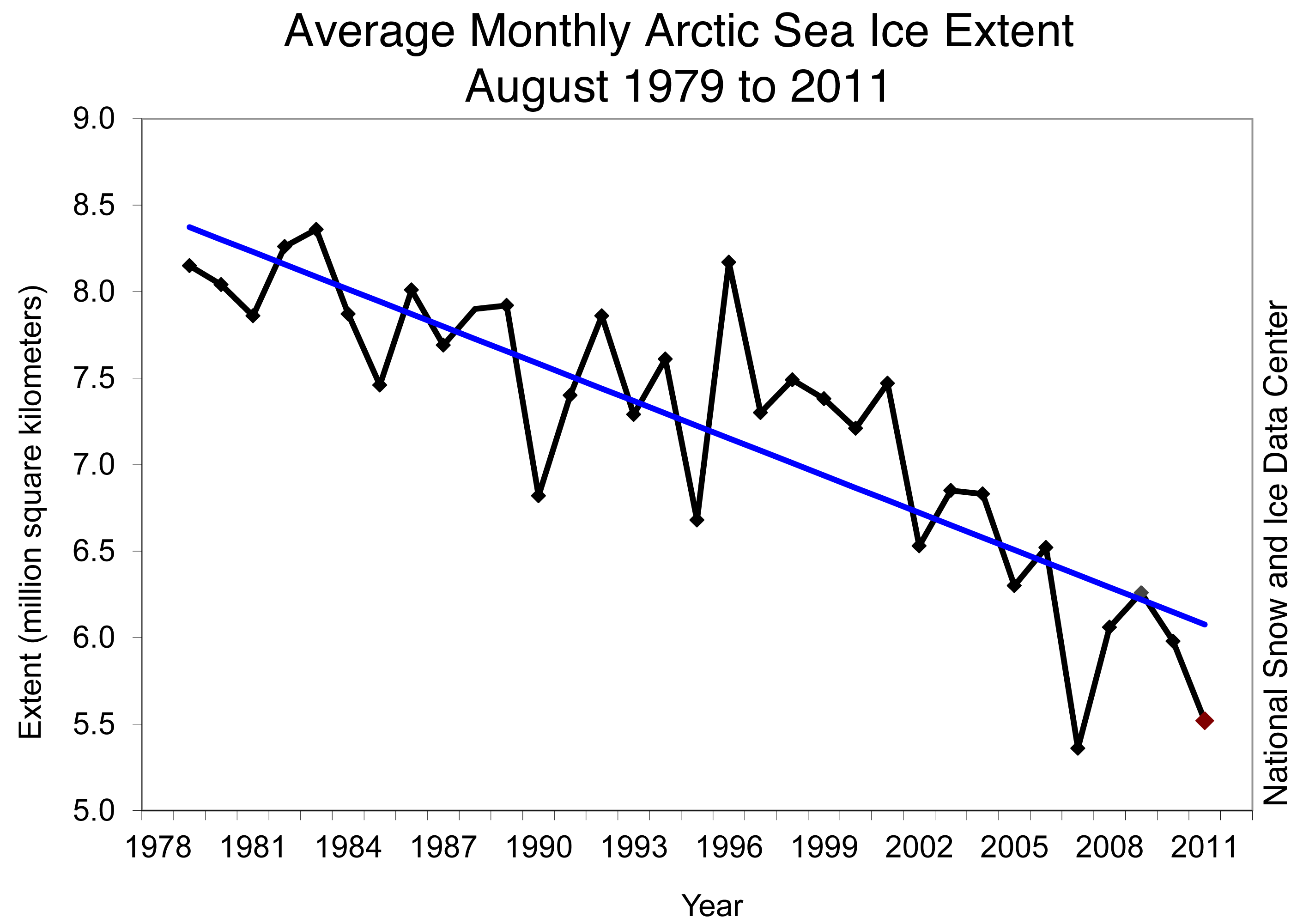 Average Arctic sea ice extent for August 2011 was the second-lowest for August in the satellite data record. Including 2011 the linear trend for August now stands at —9.3% per decade.

We can’t be sure yet what the final result for the season will be, but the Centre comments:

Will Arctic sea ice extent reach a new record in 2011?

The melt season for Arctic sea ice will soon draw to a close. Surface melt has already largely ended and the ocean waters are cooling. Air temperatures at the North Pole have fallen below freezing. However, with the ice cover now thinner than in years past, there is a greater potential for late-season ice loss, caused by warm water melting ice from below or winds that push the ice together.

Whether Arctic sea ice breaks a new record hinges on three factors: First, how much heat is left in the ocean to eat away at the ice edge and bottom? Second, will wind patterns blow the ice together and reduce ice extent or will they disperse the ice and expand ice extent? Finally, just how thin is the remaining ice cover? Thin ice quickly melts away when it is surrounded by warm water.

For those who can’t wait to get drilling in the Arctic this is no doubt good news. For those who fear the consequences for global warming it remains ominous.