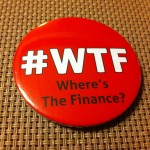 When people just arriving in Warsaw over the last few days ask me how long I’ve been here, my general response has been “all my life.” That’s what it feels like.  You’d think I’d be used to this, it being my 11th COP. But there’s nothing like that special feeling of tiredness having been in a hideous, air-conditioned stadium for 15 hours a day. And I’m not even a negotiator.

We had a discussion today about whether a warm weather COP is better for achieving progress on the climate than a cold one, and it seemed this was so. Bali, Cancun and Durban did make better progress, on the whole, than Poznan, Copenhagen, and now Warsaw.

Today was the day that a bunch of civil society walked out of the Polish National Stadium. WWF, Greenpeace, Action Aid, 350 and Oxfam, along with unions and youth left the meeting, noisily, in big numbers and with the slogan “polluters talk, we walk,” in protest at the way the fossil fuel industry appears to be running progress, or lack thereof.

I understand where they’re coming from.  Separate Oil and State and you’d get a lot further than where we are right now. Some NGO’s are staying inside to help steer the process through to the bitter end, which also seems understandable.

So where are we?  It looks like, with the policies in place so far, we’re heading to 3.7degC, which is half a degree of warming above where we’d be if governments actually did what they pledged in Copenhagen to do. They’re not even on track to meet those crappy targets.

All this meeting was supposed to do was to set up a decent timetable so that governments can complete the brave march to Paris, December 2015 where they will agree a major new climate treaty that will keep global warming below 2degC. Oh, and increase emissions cuts before 2020 because if we wait until then to do only what everyone agreed in Copenhagen we’ll be going to hell in a very warm handbasket.

But even that seems like too difficult a task. There’s been a concerted effort by what’s known as the “Umbrella Group” (Australia, NZ, the US, Canada, Japan… you know, those really good and progressive governments) to stall as much as possible.

The Australians have really been the bad guys here, getting a number of fossil of the day awards, and making even NZ look like the nice people (well, sort of). It’s not that we’re good, it’s just that Tony Abbott’s new Government is so much worse than anyone could ever have imagined. I’ve never heard the word “belligerent” so often used to describe the attitude of one country’s behaviour in these talks (well, maybe the Saudi’s…)

On Finance, today the French pledged $5 million to the Adaptation Fund, set up to receive money from CER’s (units generated from Clean Development Mechanism projects) and to help the smallest, most vulnerable countries adapt to the (now inevitable) impacts of climate change.  Woot! This now means that the Adaptation Fund has reached the threshold of the $100 million it needed just to keep going.

A UNEP report earlier in the week showed that the African Continent, four degrees of warming would require up to $350 bn a year by 2070 to pay for adaptation. So that $100m isn’t going to go very far.

In the rest of the Finance discussion it’s all too bogged down in nasty fighting right now to say what will happen, but the major problem appears to be with those who want to talk about rules for the Green Climate Fund for the rest of their lives. The GCF will, maybe one day, be the place that produces funding for the small island states and other desperately poor countries in coping with climate change.

But so long as you don’t agree on the rules of how the fund will work, then nobody has to start stumping up the $100bn a year by 2020 that the developed world promised in Copenhagen. Meanwhile, money continues to pour into the coffers of the fossil fuel industry in subsidies.

On the vexed issue of Loss and Damage, in Doha they agreed to keep talking. Here, boiling it down very simply, it’s a question of whether a separate institution be set up to deal with it. Developed countries like the US argue no way. But when it comes to climate change there are a whole set of issues that are above and beyond simply adapting to. Things like permanent loss of land. Of culture (eg small islands disappearing). That’s all bogged down too.

And tonight the Indian Government, who fought tooth and nail in Durban for the principles of equity to be central to any future agreement, got a Fossil of the Day for insisting that strong wording on equity proposed by South Africa be dropped.