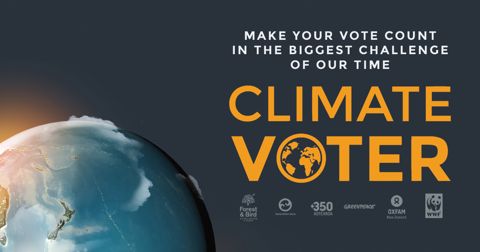 A non-partisan campaign to put action on climate change at the centre of the coming election campaign was launched at the weekend (NZ Herald, RNZ). Climate Voter, a joint initiative by Forest & Bird, Generation Zero, 350 Aoteoroa, Greenpeace, Oxfam and WWF, is using social media to drive the campaign, and will host a debate on climate policy between the leaders of the top six polling parties in September. At the time of writing over 10,000 people had signed up to the campaign — including me. It’s a very worthwhile effort and one I’m very happy to support, because as long as politicians are allowed to get away with mismanaging or ignoring climate policy, NZ will remain on the wrong path. The laws of physics don’t care what your politics are, but they will make people who ignore them pay a high price.