I have been marinating in the meaty world of climate change for a good five years now. I’ve been on a wild ride as a film maker producing a documentary called 2 Degrees (that’s the trailer above). Our film looks at the flaws in the UN climate negotiation process through the gritty lens of climate justice, and then follows a fantastic community uprising lead by a fiery 80 year old woman mayor in South Australia.

As a result of this process I have become intensely interested in how we respond psychologically to climate change as humans. How do we cope with the grief, anger, confusion, disbelief and disempowerment that inevitably arises when we allow the reality of those doomsday news reports to sink in? Can we keep our chins up amidst all this?

Personally, I can. I’m way beyond depression and anxiety. In 2009 I sat in at the Four Degrees and Beyond conference in Oxford when the world’s eminent climate scientists shared their current research and came to a collective realisation that the worst case scenarios that each was predicting via their various areas of specialty modelling was, in fact, already playing out. It was a sobering vibe to say the least.

Later, filming in the Democratic Republic of Congo, I witnessed poverty and suffering which left me stunned and numb with shame and sadness. And then of course there was the Copenhagen climate conference. Watch my film to get a feel for that! It was… unbelievable… 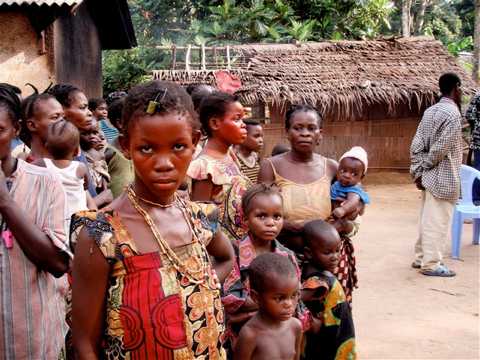 Yet today I feel good about this climate emergency – a time of emerge-ence – because each morning when I awake I know that I will do the best that I can in the day ahead to address it. In my own small ways. And that this is the most I can do…that any of us can do.

In conversations about climate, of which I have many, people often express to me their despair at what WE have done, at what WE need to do, and what WE are unlikely to do, with faces grim and foreheads sagging. And therein lies my message. For me it is not so relevant how WE respond. Ultimately I am only responsible for how I myself tackle climate change and this is where it all begins.

Hold the concept of a million tiny lights across the world. We are each one of these lights and together they make up a virtual supergrid of life as we all wake up to the destructions and step up, speak out and act. Every day I learn of incredible new ideas and initiatives and am now constantly in awe and celebration of these.

Think of ourselves, those of us who care deeply about all this, as the Earth’s immune system. As the dis-ease of ecocide – large scale air pollution and destruction of ecosystems – takes hold, we are mobilised like white blood cells to protect our pulsing, precious body. Make the difference you can make – by what you consume, how you travel, changes you initiate or support in the work you do, your work place, school or community group.

Importantly, talk about climate change. A lot. Because this is how we learn and how we connect in to a collective response. Build community. There is much to be inspired and excited about, and much work to be done. Join the revolution.

Ange Palmer is a Nelson-based documentary film maker. She is planning a NZ tour with her film 2 Degrees in August / Sept. where she will share her experiences of making the film, and speak on our response to climate change and Eradicating Ecocide. If you could support Ange by hosting a screening send her an email.

Volunteers are also sought to assist with distribution. See here for details. A film is a great way to create a community dialogue, and can be a pathway to action. The film can also be watched online via the 2 Degrees website, and you can follow the film’s progress on Facebook and Twitter.