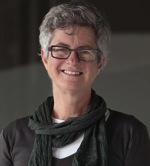 This guest post is by Oxfam NZ‘s (relatively) new director, Rachael Le Mesurier. She’s off to the UN conference on Small Island Developing States in Apia next week, and here provides an interesting overview of the climate, sea level and other issues that are going to be on the agenda.

The national leaders of some of the world’s hottest island getaway spots are meeting in Apia, Samoa as the third UN conference on Small Island Developing States (SIDS) gets underway 1st – 4th September. 14 Pacific Island nations and Timor Leste, 16 Caribbean countries and eight small island nations from Africa, the Indian Ocean and the South China Sea are coming together, for the first time in the Pacific, under the theme “The sustainable development of Small Island Developing States through genuine and durable partnerships.”

But it isn’t all glorious sunsets and palm-tree lined white sand beaches in these small island nations. That perfect, tourist-brochure picture is already being impacted by climate change, economic isolation, social challenges and increasingly severe environmental disasters like earthquakes, tsunamis, volcanoes, cyclones and floods. The SIDS are coming together to alert the world that the Tava’e/Tropicbird — like the infamous canary in the coal mine — is struggling and the world needs to pay attention.

Oxfam works with Pacific Island civil society organisations (CSOs) as partners in our development programmes across the Pacific. We also work with these CSOs and their governments as they lead the response to extreme weather events and put plans in place to manage the risk associated with these disasters in future. The CSOs in SIDS have sent a very strong message on climate change’s impact on sustainable development to the UN meeting in Samoa. They have highlighted that twenty years after the first SIDS meeting in Barbados, the positive achievements in sustainable development are primarily seen at local and community levels.

There are some SIDS governments providing leadership on the global stage in advocating on climate change. At the UN launch of the International Year of SIDS, the president of Nauru, Baron Waqa said:

“No people or country has faced the risk of total inundation from rising seas before. Yet, that is exactly what we must contend with — losing entire languages, cultures, histories, and all the progress that came at such a high cost for those who came before us.”

The CSOs are drawing attention to the environmental impact of climate change on sustainable development as king tides and coastal erosion impact some of the lowest-lying countries on the planet, contaminating their water supplies and undermining work on sanitation. Cyclones are now causing increased damage to the natural environment, crops, and infrastructure that cannot be repaired in time for the next cyclone season.

Climate change also impacts on the economic and social dimensions of sustainable development. Rising sea levels, ocean acidification and extreme weather are threatening livelihoods, access to social systems such as health care and education and leaving many homeless, particularly women and children. Climate change threatens food security and efforts to eradicate poverty and fuels civil unrest. Climate change-driven migration is going to be an increasing challenge to the developed countries. In July this year a climate change asylum seeker, from Kiribati, was declined refugee status by the NZ government.

SIDS members know that the reality of living surrounded by oceans, hundreds of miles away from any other nation, with short runways and non-existent deep water harbours, means very little humanitarian aid can reach them quickly when a disaster hits. Disaster risk management has become an essential tool for climate change adaptation, sustainable economies, resilient communities and prevention of environmental degradation – in short: essential for the survival of these small island nations.

“It is a recognised fact – but it is worth repeating – that small island states contribute the least to the causes of climate change, yet we suffer the most from its effects.”

The CSOs are calling on developed nations to re-commit to the action necessary to keep warming below the 2C target leaders agreed 5 years ago in Copenhagen, including by meeting the $100bn per year financing promise made in Copenhagen by 2020. CSOs have also offered specific suggestions including:

The UN Secretary General, Ban Ki-moon and 21 heads of UN agencies are attending the UN SIDS meeting in Apia. They are sending a strong message of support to SIDS, in recognition of their unique and particular vulnerabilities to climate change, that their messages are essential to the success of the UN General Assembly’s High Level joint meeting on Climate Change and the post 2015 goals (23rd and 25th September).

Genuine and durable partnerships is the theme for SIDS 2014, but absent in providing any true partnership to date are many developed countries, such as Pacific neighbours Australia and New Zealand. From New Zealand being the fifth highest per capita emitters in the OECD to Australia dismantling its climate change institutions, neither have taken appropriate responsibility for the impact of their pollution on climate change.

Oxfam supports the people of the small island developing states in their efforts to be heard as true partners in the global response to climate change and calls on the UN member states to: attend the UN Secretary General Ban Ki-moon’s Climate Summit; support the conclusion of a fair and ambitious climate agreement in Paris in 2015 and articulate support for a climate change goal in the post-2015 agenda.

With the Climate Summit and then the COP 21 in Paris, there is a very real opportunity for the rest of the world to pay attention to the Tava’e, and take action to save it, and the rest of the planet, from the catastrophic impact of climate change.