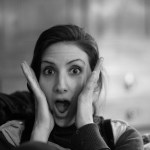 So, the threat of a terrorist attack on New Zealand i has risen from “very low” to “low” — second to lowest in a ranking that has six levels. Cabinet is now urgently reviewing our security laws to make sure we’re equipped to deal with this horrific new threat. The media has dedicated hours of discussion, gigabytes of online content, and metres of newspaper articles to this important issue. I’m now quaking in my boots.

The day after John Key’s announcement of this new “low” threat, a major report on a global security threat went entirely unnoticed here in New Zealand. The Pentagon’s “2014 Climate Change Adaptation Roadmap,” released on October 14, warns that climate change is an “immediate threat” to national and global security, describing it as a “threat multiplier” that can worsen national security problems such as terrorism and the spread of infectious diseases.

“Rising global temperatures, changing precipitation patterns, climbing sea levels, and more extreme weather events will intensify the challenges of global instability, hunger, poverty, and conflict. They will likely lead to food and water shortages, pandemic disease, disputes over refugees and resources, and destruction by natural disasters in regions across the globe.”

The US Department of Defense has set out several goals around climate change in its defence strategy, as it seeks to integrate climate change considerations across the department.

“In our defense strategy, we refer to climate change as a “threat multiplier” because it has the potential to exacerbate many of the challenges we are dealing with today – from infectious disease to terrorism. We are already beginning to see some of these impacts.”

One of the major issues for The Pentagon in dealing with climate change was the increasing need for the military’s involvement in dealing with the aftermath of extreme weather events, both at home and across the world.

This sounds familiar. A quick google search shows our defence forces being called in to help with the aftermath of cyclones both in New Zealand: Ita, Westland, 2014) and across the Pacific (Cyclones Ian, Tonga, January 2014; Evan, Samoa and Fiji, December 2012; Pat, Cook Islands, 2010, to name but a few.

In March this year the IPCC reported that New Zealand was “unprepared” for the kind of sea level rise we will get with continued global warming. In recent years we’ve seen a number of weather events — and even just king tides — that have battered our coastlines, such as the disintegrating sea wall in Island Bay, the damage suffered by St Clair esplanade and seawall in Dunedin, and coastal erosion in Hokitika.  Wellington City Council this week released its analysis of what rising seas would do to the city, putting the bill at $400 million.

The people who live in these areas may take a different view to our Prime Minister on which threat is closer to home.

Our climate change minister Tim Groser “welcomed” the IPCC report, but went on to say that it was down to local government to deal with the problem, ruling out any guidance from central government, which was more focused on getting an international agreement.

Such an agreement, says our Government, should not include legally binding targets for cutting emissions. Everyone should do what they feel up to, not what is necessary to keep global warming to their agreed 2degC. Make ’em voluntary. Of course this has won praise from the US, not least because there’s no way Obama would ever agree to anything but voluntary action.

What we failed to say in our proposal was that legally binding emissions reduction targets would put New Zealand in a terrible position, because we’d actually have to cut our emissions, emissions that and are projected to rise exponentially in the coming years.

We are setting a shining example to the internationally community that we say we so keenly want to take action.  Our attempts to deal with climate change at home have resulted in our backing out of the Kyoto Protocol, and a failed emissions trading scheme:  in the last two years the taxpayer has paid out $5.85 million in free carbon credits to one company alone – NZ Aluminim Smelters Ltd (Rio Tinto) – which can then surrender those credits for cheap international ones, making enormous profits at the expense of the taxpayer. No emissions cuts in sight as a result of this, then.

Meanwhile our country is getting drier, with international scientists confirming last year’s drought was caused by climate change, and knocking  $1.3 billion out of the New Zealand economy.

We’re terribly concerned about security here in New Zealand – we’ve even just scored a seat a the UN Security Council.  But hey, let’s all focus on the imminent “low” threat of terrorism, and IS. Let’s not look at a threat that’s staring us all in the face because, heaven help us, we might actually have to start doing something about it.