Back to Infectious Thoughts 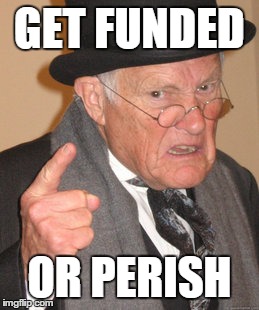 A few days ago the UK media ran a story about the death of Prof Stefan Grimm, a professor of toxicology at Imperial College London. Prof Grimm was found dead in September, and anonymous colleagues are quoted as saying he had felt under increasing pressure by Imperial after a series of unsuccessful grants, and had been placed under performance review.

In academia we live by the mantra ‘Publish or Perish’. Publications are the currency on which jobs are won and lost, and we all know that if we fail to publish we will be unemployable*. The institution I work at has actually set metrics for the numbers of publications required for promotion. Hence the ‘perish’, although I’m not sure the person who coined that phrase meant for it to be taken literally. According to his profiles on Research Gate and Google Scholar, Prof Grimm had published a respectable 53 publications, 11 of them in the last 2 years, and had an h-index of 24. He had also published in a number of high impact journals which is very important to those who believe (mistakenly in my opinion) that the impact factor is a reliable measure of academic quality. My point is that Prof Grimm was publishing.

Research funding is another thing that my institution has set metrics for and I’m sure Imperial is no different. It seems like we are moving into the era of ‘Get Funded or Perish’.Many people outside of academia don’t know that we don’t just get handed a pot of money to carry out our research. Instead we spend a huge amount of time applying for funding. Purses are tight and competition is tough (and many reviewers and panels are unconsciously biased but that’s another story….). All around the world success rates have plummeted and many excellent applications go unfunded.

This year I have written 12 applications to support three different research projects in my lab. I have had the outcomes for 6 of them and they have all been rejected. I was lucky though. Last year I applied for nine grants, one of which was an Explorer grant from the Health Research Council of New Zealand. It’s an interesting new funding stream that awards relatively small amounts of money** at random to three or four of the applications that are deemed to meet the criteria for funding. My application was one of the lucky ones to be randomly selected for funding. The grant started in October and so one of the three projects I have been trying to fund can now progress. But the other two are stuck in limbo. Is there pressure on me to get those projects funded? I’ll let you know after I have my annual performance review early next year.

*Both this and the ‘Publish or Perish’ mentality leads to some interesting gaming of the system by some academics, slicing pieces of work into as many papers as can be squeezed out of it (we refer to this is as the ‘minimum publishable unit’…).

0 Responses to “Tales from the Ivory Tower: when ‘Publish or Perish’ becomes ‘Publish & Perish’”

Infectious Thoughts is the blog of Dr Siouxsie Wiles, a microbiologist who knows a lot about bacteria, viruses and infectious diseases.