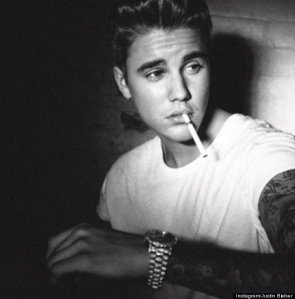 Stardom seems to be a really risky business according to the BMJ open journal research paper “Dying to be famous: retrospective cohort study of rock and pop star mortality and its association with adverse childhood experiences“.

In my KiwiFM science chat this week I looked at the statistics behind celebrity deaths and the strong conclusion based on the lives of 1489 rock and pop stars that you are more likely to die young if you are a successful musician.

Click on the soundcloud link below to hear the segment:

When compared with the ‘normal’ population, rock and pop stars were around twice as likely to die early within five years of becoming famous especially if they were solo artists as opposed to being in a band.

Looking at the fact that Justin Bieber released his first hit in 2009 it does seem statistically viable that if you are currently a 20 year old,  then you are less likely to die today than Justin is.

So what should the likes of celebrities who made the top 25 highest paid musicians for 2013 including Justin Bieber and Rihanna be worried about?  Well the numbers show that overdosing on drugs or alcohol was by far the most common cause of early death in celebrities and with the average age of death at 42 for North American stars and 35 for European stars they should probably make sure their life insurance plans are in order.

Why should we be interested in the early demise of our young pop stars?

Pop and rock stars are among the most common role models for children and TV talent shows seem to imply that this dream of becoming a celebrity is easy and achievable.

Research has shown that adolescents are more likely to identify with a musician celebrity as their role model than a non famous person as seen in the paper “Adolescents’ musical role models: whom do they admire and why?”.  More importantly the article “Admirer-celebrity relationships among young adults” showed that 60% of students surveyed admitted a celebrity had influenced their beliefs, attitudes and personal values indicating that these celebrities are influencing the behaviour of our youth. 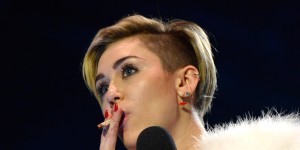 Miley Cyrusonstage during the MTV EMA’s. (Photo by Kevin Mazur/WireImage

So how much of a role model influence do celebrities have on our youth, and does their behaviour actually affect those who follow them?

So it does seem that we need to take note that vulnerable youth without strong positive role models around them may be more likely both to develop strong attachments to rock and pop stars, and to emulate their health-damaging behaviours.

Finally, in conclusion, if you want use this study to work out how to live longer  then it’s either time to put down the microphone and find a career that’s important and meaningful or stick it out and survive as a rockstar past the dangerous 25 years in the music industry zone.