The New Zealand Sea Lion ranks as one of the most murderous species on the planet, according to a new study examining lethal violence among mammals.

Do dolphins duel to the death? Are hippos homicidal? And what about genocidal gerbils? Spanish researchers have mapped the extent of lethal violence across 1000 mammal species, from aardvarks to zebras, and their macabre analysis is published today in the leading journal Nature.

To get a big picture view of intra-species killing in mammals, José María Gómez and colleagues compiled data from over 4 million deaths to quantify the level of lethal violence in 1,024 mammal species from 137 taxonomic families and in about 600 human populations, ranging from about 50,000 years ago to the present. The key focus of the research was the evolutionary history of human violence, but the study also revealed some surprisingly high levels of lethal violence in other species.

Read more about the research on Scimex.org

The scientists found that estimated rates of prehistoric human-on-human killings were six times higher than the average mammal but similar to related primates, indicating a strong evolutionary link to lethal violence.

“Many primates exhibit high levels of intergroup aggression and infanticide,” the researchers wrote in Nature.

Thankfully, the authors note modern rates of such violence among humans are far lower, with socio-political organisation overriding our murderous tendencies.

Commenting on the study, evolutionary biologist Mark Pagel said the research gave good grounds for believing that “we are intrinsically more violent than the average mammal.”

However he was also quick to point out that the analysis also showed we have moved past our primal violent past. “Rates of homicide in modern societies that have police forces, legal systems, prisons and strong cultural attitudes that reject violence are, at less than 1 in 10,000 deaths (or 0.01%), about 200 times lower than the authors’ evolutionary predictions for our state of nature.”

The aim of the research was to better understand the evolutionary component of lethal violence in humans, but it also offered a comprehensive map of murder throughout the mammalian branch of the tree of life.

The New Zealand sealion was ranked in the top ten of the more than 1,000 species covered, with an estimated 15.3 percent of deaths occurring at the hands (or, more technically, flippers) of other sea lions. Only meerkats, Schmidts guenon (a type of monkey) and the red fronted lemur claimed higher rates of killing each other (see list below). 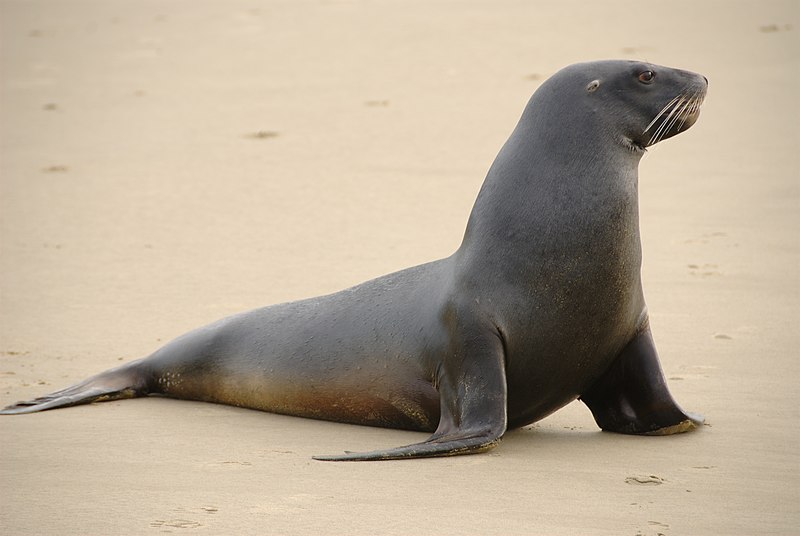 Research from the NZ Department of Conservation, cited in the new Nature study, details some of the lethal violence among sea lions in the Auckland Islands.

“During the 2002–2003 season, one female died after a male bit her head, perforating the cranium and cerebrum. Three females were killed by males during the 2003–2004 season; one was pinned beneath a male in the surf zone and drowned, while the deaths of two pregnant females were attributed to male harassment (i.e., severe internal injuries sustained from crushing by males.”

Meerkats came out at the top of the list, boasting the highest rates of killing their own species; 19.4 per cent of all deaths are estimated to result from violence by another meerkat. The top ten species ranked in the Nature study, listed here, were collated by The Independent: