New Zealand wants to get rid of predators. But some of the genetic tools under consideration for the task could have disastrous consequences if they spread beyond our shores, warn researchers.

Last year New Zealand boldly announced its ambitious Predator Free 2050 goal, and just yesterday unveiled a detailed strategy for reaching the goal. Investigating the potential of new technologies, such as gene drives, forms a key part of the strategy.

Today researchers from the US and New Zealand have issued a stern warning, urging that any use of such technologies must have built-in safeguards. In an article published today in PLOS Biology, Professor Neil Gemmell from Otago University and Assistant Professor Kevin Esvelt of MIT highlight the possible consequences of the accidental spread of existing ‘self-propagating’ gene drive systems.

Gene drive systems distort the rule that there is a 50:50 chance of a gene copy being passed on. This promotes the inheritance of a particular copy of a gene from the parent to offspring. When coupled to a genetic trait that affects an individual’s survival or ability to reproduce, it becomes a powerful tool that can be used for population control or even local elimination.

Back in 2014, Prof Esvelt authored one of the first articles outlining how self-propagating gene editing technology could be used for conservation purposes.

Today, he retracts that suggestion:

We now believe that inclusion was a mistake: such drive systems lack control mechanisms and are consequently highly invasive. 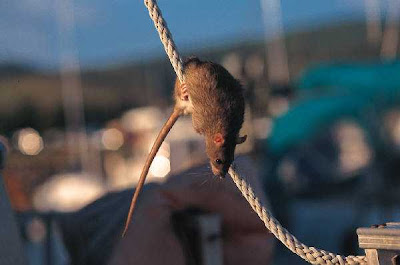 While Profs Gemmell and Esvelt support the idea of the Predator Free 2050 initiative, they say that the release of a gene drive system carries the risk that some of the target species may hitch a ride to other countries and start spreading the gene drive system there.

“The bottom line is that making a standard, self-propagating CRISPR-based gene-drive system is likely equivalent to creating a new, highly invasive species – both will likely spread to any ecosystem in which they are viable, possibly causing ecological change.”

“We are highly skeptical that it would be safe to release a self-propagating drive system capable of spreading beyond the target local population unless international spread is the explicit goal. Even building such a construct in laboratory containment within a region harboring the target species poses the risk that an accidental escape might eventually affect everyone who shares an ecosystem with that species. For rats and mice, that constitutes most people on Earth. While these species are pests in many contexts, they also underpin important ecosystem services in large areas of the globe.

They also warn that such an escape would shatter trust in the use of the technology for other purposes, such as controlling mosquito populations to prevent the spread of malaria.

“CRISPR-based gene drive is arguably the technology most likely to help eradicate human scourges such as malaria and schistosomiasis. It would be a profound tragedy if New Zealanders—or anyone else—inadvertently caused an international incident and consequent loss of public confidence in scientists and governance that interfered with its use. Going by past examples of accidents and misconduct in diverse fields of science, and particularly the effects of tragic outcomes in gene therapy trials, any unauthorized release of a gene drive system would quite likely delay applications by a decade or more. For malaria alone, the cost of that delay could be measured in millions of otherwise preventable deaths.”

Read more about the research on Scimex.org.

When it comes to genetic technologies, self-propagating gene drives aren’t the only game in town. The authors of the new article outline alternatives including Professor Gemmell’s “Trojan female” technique, Professor Esvelt’s recent “daisy drive” technology and “precision drive.” These approaches that target mutations known to be unique to a particular population are safe enough to consider, they write.

The Science Media Centre has collected extensive commentary from New Zealand researchers. Amongst the commentary collected there was overwhelming agreement that any work on gene editing technologies must proceed with extreme caution.  Here’s just a sample of the responses.

Dr Andrea Byrom, Director  of New Zealand’s Biological Heritage National Science Challenge, highlighted that any use of genetic technologies was still years away:

Contrary to the hype, gene drive technology for mammals is still highly theoretical, and I must emphasise that no such research is currently being conducted in New Zealand. We have literally years of technological development ahead of us before we could proceed with deployment in the field, and future use of gene editing technologies, including gene drive, will be in the hands of the public of New Zealand to decide.”

Prof Barry Scott from the Institute of Fundamental Genetics at Massey University said:

Given the scale of the pest issue in New Zealand and the urgency with which we need to find better solutions to prevent further extinctions there is a great temptation to look for ‘silver bullets’.

Genetic solutions are a promising new tool but we do need to proceed with caution and a sound understanding of the biology underpinning the control measures. It is crucial that we continue to invest in research in these areas, especially those directly relevant to New Zealand. There is also a need to put in place a framework for community trust building so that societal values and ethics are taken into account as the science develops.

Dr James Russell, conservation biologist, University of Auckland, also endorsed a cautious approach but pointed out that much of the focus so far has been on gene drives which affect fertility in the target species:

There are other gene edits one could make, especially those that pair the target species with its recipient ecosystem, e.g. imagine trivially giving all rats in New Zealand a peanut butter allergy and then we feed them all peanut butter. Matching the genetic mode of action to an environmental stimuli might be powerful indeed.

From an indigenous researchers perspective what this paper does do is clearly highlight two growing concerns in the research space.

The first being an increasing lack of cultural accountability in academic journals who seem happy to publish anything without thought, consideration, or commentary from the communities those papers have extracted from, taken swipe at, or made promises to. While we expect individual researchers to be responsible and accountable for their work (and in fact Prof Esvelt calls for this) academic journals seem to be immune to such requirements.

The second issue is what I deem bad research-dating behaviour, or rather how to build respectful relationships with indigenous peoples/communities. Increasingly researchers are seeking opportunities to work with and engage with indigenous communities i.e. Māori. Relatively few, however, are actually committed to investing their time into building long-term relationships, despite being continually told that that is what is required.

This work is licensed under a Creative Commons Attribution-NonCommercial-NoDerivatives 4.0 International License.