This is how the Indian Prime Minister responded to the success of the Mars Orbiter Mission (MOM) yesterday:

“History has been created by our scientists”, said PM Narendra Modi in his speech immediately after the scientists declared the mission a success. “We have dared to reach out to the unknown.”

“When our cricketers win a tournament, we celebrate in a big way. What these scientists have achieved is thousand times bigger,” he added.

It’s certainly a great achievement – India managed a succesful Mars orbit introduction with the first spacecraft they sent to Mars. We can measures ts success against the fact that more than half the world’s previous attempts – 23 out of 41 Mars missions – have failed, including attempts by Japan in 1999 and China in 2011.

The Indian Mar’s Orbiter arrived in Mar’s orbit just a few days after the US Maven orbiter. Both orbiters have similar tasks. MOM’s scientific goals including using five solar-powered instruments to gather data that will help determine how Martian weather systems work and what happened to the water that is believed to have once existed on Mars in large quantities. It will also search Mars for methane, a key chemical in life processes on Earth that could also come from geological processes.

The BBC described the cost of MOM as “staggeringly cheap”  by Western standards. The US Maven orbiter is costing almost 10 times as much. This bodes well for the future of the Indian Space Research Organization (ISRO) – especially for launches of commercial satellites for overseas countries and companies. 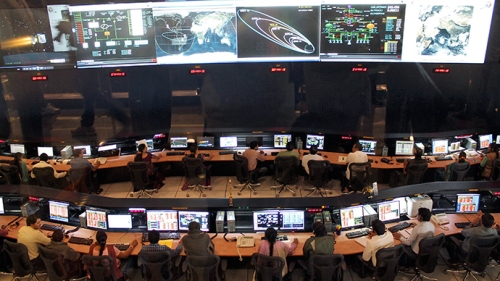