Here’s a photo of the earth you don’t often see. Nor is the view of the moon familiar.

The Chinese test vehicle Change’5 took this photo as it swung around the moon before returning to earth.  So we see the unfamiliar far side of the moon, with the earth in the distance.

“For just a fleeting moment I could have been convinced someone had added a photo of the planet Mercury here; the Moon’s obverse half is so strikingly different than the near side. The lack of dark maria (except for Mare Moscoviense to the upper left) makes the Moon look like every bit the alien world that it really is.”

Emily Lakdawalla displays this and some other photos taken by Change’5 in a recent blog article Chang’e 5 T1 rounds the lunar farside, returns lovely photo of Earth and the Moon together. 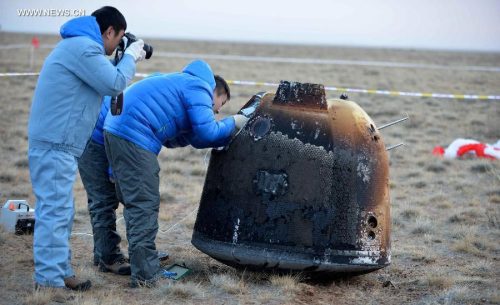