“As epidemiological evidence goes, this is about as weak as it gets.” 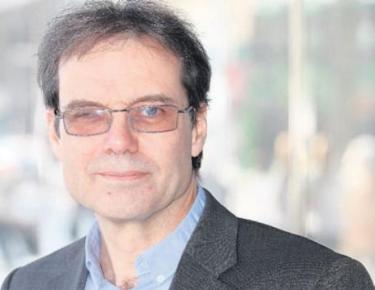 That is the comment by Prof David Coggon, Professor of Occupational and Environmental Medicine, University of Southampton, on a new paper claiming hyporthyroidism is linked to water fluoridation. Published yesterday in the peer-reviewed Journal of Epidemiology & Community Health, the paper is:

Prof Coggan goes on to say:

“Essentially the researchers have shown that after limited adjustment for demographic differences, there are somewhat higher rates of hypothyroidism (which can result from a number of different diseases) in four areas of England that have higher concentrations of fluoride in drinking water.   It is quite possible that the observed association is a consequence of other ways in which the areas with higher fluoride differ from the rest of the country.  There are substantially more rigorous epidemiological methods by which the research team could have tested their idea”

Having read the paper I think that about sums it up.

The authors acknowledge that iodine plays a key role in thyroid status but they did nothing to include dietary intake or deficiency in their statistical model. It is just not good enough to declare “it is unlikely that there are significant differences [in dietary iodine intake] between people, living in fluoridated and non-fluoridated areas.”

They did include data for the proportion of people over 40 and the proportion of females because they recognised age and gender influence the incidence of hyperthyroidism. So why not include dietary iodine which is recognised as the main factor? And they are arguing that fluoride potentially acts as an iodine inhibitor, making the data for iodine even more important. Perhaps this data was not so easy to find – but did they look very hard?

Correlation is not causation

This cannot be repeated often enough. Trouble is that almost anyone can get hold of data these days and force it through a statistical package. And if they have a bias to confirm, and are willing to select their data and avoid confounders, they might get lucky.

This seems to be the case here as the senior author is a well-known anti-fluoride campaigner in the UK.* This is outside his specialty (health policy, not epidemiology).

Fluoridation data is readily available for cities and regions but it can easily be a proxy for more meaningful information like the size of towns (smaller towns usually don’t have artificially fluoridated water) or rural/urban distinctions. Cultural and ethnic factors may also be reflected in fluoridation data.

In this case, Peckham et al., (2015) simply correlated the incidence of hypothyroidism reported by individual medical practices against drinking water fluoride concentrations reported by local bodies in the region. There was no attempt to match data at the individual level. And there was no attempt to include dietary iodine intake as a factor – despite its key importance.

The size of the effect

The prevalence of hypothyroidism in the data they used is relatively low  – 3.2% with a standard deviation of 1.1%. The authors argue their results would mean that fluoridation would increase this small number by a small amount (about 30%).

Given the tentative nature and unreliability of their conclusions – if only because they did not consider dietary iodine as a factor – their recommendation should be taken with a grain of salt (preferably iodised). They recommend:

“To minimise the risk of increasing the prevalence of hypothyroidism, it is important, therefore, to limit fluoride ingestion from all sources.”

Sensible health authorities will balance the low incidence of hypothyroidism and the small effect Peckham et al (2015) claim, based on their unsatisfactory analyses, against the fact of the beneficial role that fluoride plays in the oral health of most people throughout their lives

Obviously authorities are no going to change their views as a result of this paper. Of course there will be special pleading by those opposed to fluoridation. They will argue that despite the problems with this paper the questions of fluoride as a factor in hyperthyroidism should be research further. Of course it should – scientific conclusions are always open to being altered by new evidence. But future research must be of a better quality than this. As a Prof Coggan says:

I discussed Stephen Peckham in a earlier article Peer review, shonky journals and misrepresenting fluoride science. This deals with a previous paper of his and the journal he published it in.

That paper was a collection of the usual anti-fluoride arguments – based in citations without any original work. It was published in a shonky journal known to have poor peer review standards.

The current paper is in a reputable journal and does include some original work – although it is basically a statistical analysis of readily available data. No effort seems to have been made to include data for dietary iodine intake which I would think is a basic need for such a study. I am personally surprised the reviewers used by this journal did not seriously question the paper’s publication for that reason alone. I guess this reflects the imperfect and human nature of peer review even in good science journals.

At least with the current paper Stephen Peckham has declared  a conflict of interest involving his activity opposing water fluoridation – this did not happen with his earlier paper.

I expect this new paper will become another weapon in the anti-fluoridation artist armoury. It will be cited and presented as absolute proof that fluoridation is bad for our thyroids. Claims will be made that a leading scientific journal and university officially claim this! Harvard University and The Lancet all over again.

But sensible readers should never take such claims at face value. Just because a paper is published in a reputable peer-reviewed journal does not make it gospel truth. Whatever the source, such papers need to be considered intelligently and critically.

This paper does not live up to the claims the anti-fluoride propagandists will make about it.