The awesome Curiosity rover celebrates it’s second birthday on Mars this week.  The Mini Cooper-sized rover touched down on 6th August 2012 and represents a massive leap in ambition for NASA, dwarfing their earlier rovers in both size and technological capability.

The latest Curiosity mission has been really exciting for me – because it has been investigating a sandstone outcrop in the Gale Crater area – widely assumed to be a location where conditions for simple microbial life could have existed.  The rover drilled into the rock and recovered tailings, which were subjected to geochemical analysis.

The reason this is so exciting is that the microbial life my team study in our closest earth-bound analogue for Mars – the McMurdo Dry Valleys of Antarctica –  also occurs in sandstone rocks similar to those being looked at by Curiosity.

The next NASA mission to Mars is scheduled for 2020 and will use much of the technology designed for Curiosity, with the added bonus of payload that will directly look for signatures of life in these sandstones.  This really puts mankind right on the brink of answering one of the most fundamental questions about life – are we alone?

I will be talking in more detail about life in the sandstones of Antarctica and Mars with Chris Smith on his BBC show “The Naked Scientist” on 9th August – please tune in and enjoy!

Curiosity took this “selfie” on June 24th to mark one Martian year (687 earth days) on the red planet’s surface: 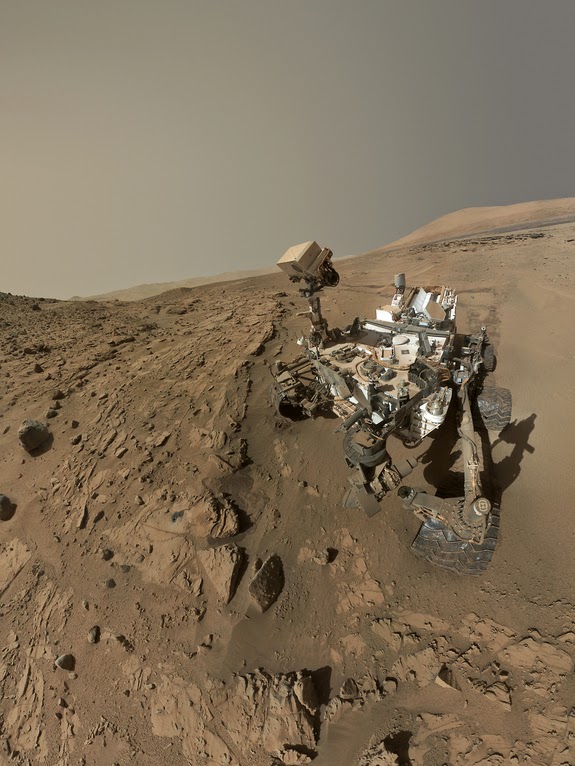