An intriguing conservation story has emerged in recent weeks from the mountainous region of Kurdistan on the Iran/Iraq border.  This area was disputed during the Iran/Iraq War of the 1980’s and was heavily populated with land mines.  These are an evil and indiscriminate weapon with a legacy that affects civilian populations long after any conflict has ceased.  In Kurdistan however, at least one piece of “good” news has arisen:  The local Persian Leopard is IUCN Red Listed as an endangered species, and despite the virtual absence of any practical conservation efforts in the region their numbers have rebounded to over 1,000 animals in recent years.  The reason for this is that these elegant cats tread very lightly and seldom place all their weight on one paw, and thus they avoid triggering the thousands of anti-personnel and anti-tank mines in their habitat (although two cats have been recorded as dying after setting off tripwire mines).  The human poachers on the other hand are acutely aware of the mines and avoid the area.  Conservationists therefore find themselves in the strange position of planning to oppose plans to clear the Kurdistan border area of mines.  This brings up a dilemma worthy of any (nature friendly) psychologist’s exercise – do you save the endangered leopard and accept the possibility of human casualties, or clear the mines and open the area to poachers once more?
The unintended beneficial consequences of war on natural populations is nothing new, there are reports of wildlife thriving in demilitarised zones around the world such as the North Korea/South Korea border.  The key here is keeping humans away, so other disasters such as the Chernobyl nuclear meltdown have also resulted in recovery of wildlife populations in that sad corner of Ukraine.
Read the National Geographic report on the Persian Leopard at: http://news.nationalgeographic.com/news/2014/12/141219-persian-leopard-iran-iraq-land-mine/ 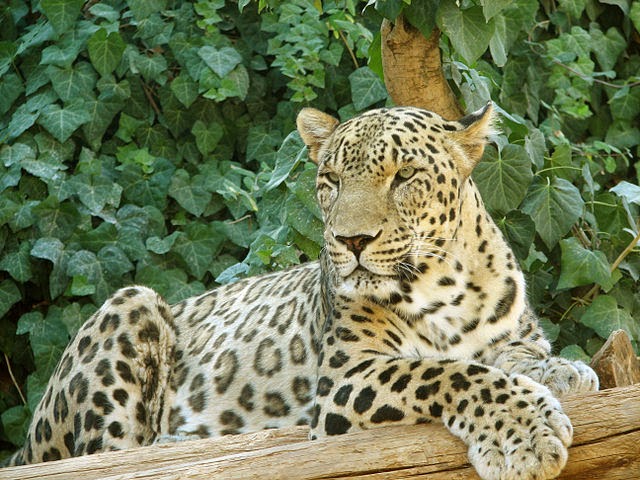 0 Responses to “Pussyfooting around land mines may help leopard conservation”