It is looking increasingly like New Zealand will be the first country to approve ‘beyond line of sight’ operation of unmanned aerial vehicles (UAVs), also known as drones or remote piloted aerial systems (RPAS).  This follows a submission by Callaghan Innovation to the government, describing economic benefits that will arise from using UAV to make gains in the primary industries and conservation sector (https://www.callaghaninnovation.govt.nz/sites/all/files/UAV-benefits-study.pdf).
What does this mean for science? I discussed this in my weekly radio show ‘Dear Science’ this week: http://www.95bfm.com/assets/sm/220679/3/dearScience.mp3
Approval to operate beyond line of sight will mean that UAV can finally be used for what they were designed for – spatial mapping of large areas more cheaply and with higher resolution than satellites are currently able to achieve.  Payloads will allow remote mapping of water, plants, livestock, marine life and disturbance, as well as direct airborne measurements of atmospheric phenomena.
The use of UAV for small-scale science projects has been gathering momentum recently, and two universities are leading the way in this. AUT University has a long record in development and application of UAVs, and works with a well-known New Zealand drone manufacturer called SkyCam.  They have developed new drones for use in Antarctic conservation and marine conservation, as well as being involved in development of novel software called Pix4-UAV to handle the massive data sets generated. The University of Canterbury also has a strong interest in UAV, and is currently developing its own aircraft for meteorological and climatological research. You can follow the AUT UAV blog here: http://uavataut.blogspot.co.nz/
One of the major issues will be the integration of UAV operation with piloted aircraft traffic.  The nomination of Dr Barbara Bollard-Breen (AUT) and Dr Kelvin Barnsdale (UC) for appointment to UAV-NZ, a division of Aviation New Zealand, means we will have scientists involved in discussion with the civil aviation industry on how best to achieve this under the proposed ‘airshare’ system.
Approval for beyond line of sight UAV flights should be the catalyst for a boom in research, and importantly more jobs for our graduates –conducting research with UAV and also in the field of GIS, which is used to interpret the massive data sets.
The Polar Fox, a UAV designed jointly by AUT and SkyCam for use in Antarctica: 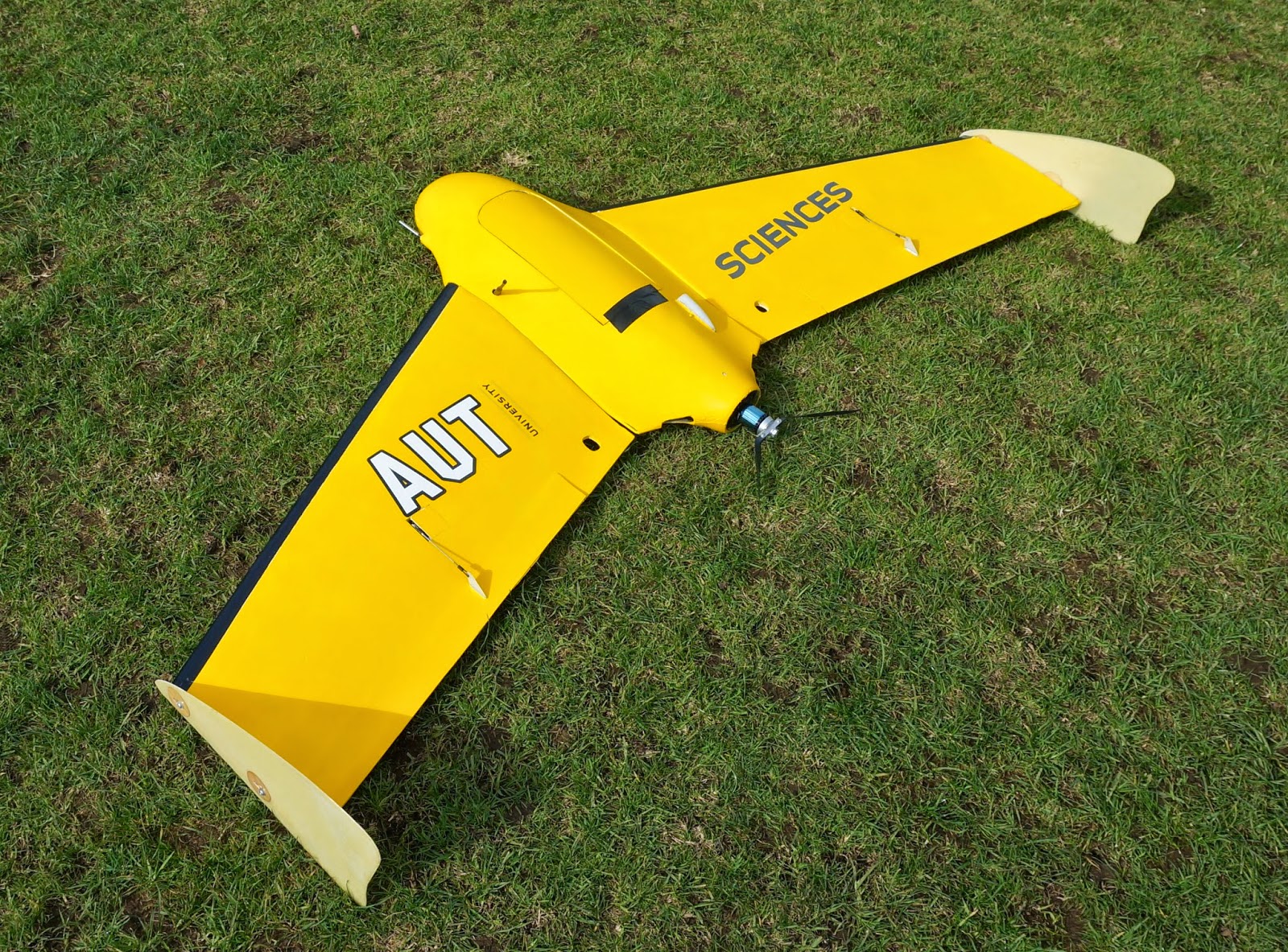