– the least cost, least resistance, and most sustainable solution to the domestic cat problem. 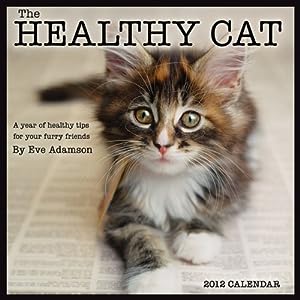 Debates that divide communities are especially emotional and irrational when one side attempts to impose a solution. Inevitably the imposition will result in an equal (or stronger) and opposite resistance from the other side. Positions become entrenched and solutions are not achieved – even when they are advantageous.

The recent controversy about domestic cats and cat ownership is a debate like this. Reactions to solutions like cat registration and ownership controls lead to speculations about regulated euthanasia, and unhelpful headlines and quotes like “take people’s kittens away” and “Morgan calls for cats to be wiped out” – just silliness.

Real and sustainable solutions to the domestic cat problem will only be found if conservationists transcend this debate and engage positively with cat owners.

Fundamentally the conservation lobby needs to acknowledge and accept that most people, including cat owners, do not care enough about native wildlife to change their behaviour – prevent their cats killing native animals or choose not to own a cat. This is not going to change in the foreseeable future. Suck it up greenies. Wake up and smell the coffee.

What do cat owners care about?

They care very much about the health and well-being of their cats.

Cat deaths and injuries requiring veterinary intervention are common. They cost owners emotionally and financially. A leading cause of admissions of cats to veterinary clinics is cats fighting and motor vehicles. Some vets report “over 90% of septic wounds in cats result from cat bites sustained during a cat fight”. One vet recounts “At least 4 cats owned by either me, or my family while I was growing up, were killed by cars and another three were badly injured but survived”. This experience is common. So common, crippling and costly are injuries to cats from fighting and traffic that many veterinarians recommend that cats have indoor lives.

Fortuitously, these are also measures which are likely to reduce the chances of your cat killing wildlife. Cats kill most native animals at dusk, during the night, or at dawn. A cat cannot kill native wildlife in the garden if it is not in the garden. When food is not left outdoors we do not support stray and feral cat populations. De-sexed cats range less and do not contribute unwanted kittens to abandoned, stray and eventually feral cat populations.

By appealing to cat owners to do the right thing for their cats we are more likely to reduce predation on native wildlife. We are appealing to the cat owner’s self-interest. Goodness… the mutual respect that such an approach might generate between conservationists and cat owners might make the co-existence of domestic cats and native wildlife possible, especially because the engagement makes other less tractable solutions possible (but more on those in the next post).

Cat owners are more likely to support regulation and controls on cat ownership if they are explicitly targeted at improving cat welfare. Cats killing wildlife might be reduced just enough to allow vulnerable native species to live where we do.

I advocate a redirected and renewed campaign by conservation agencies (engaging with the SPCA and veterinary associations) which highlights for people the cat health and financial advantages of cats indoors. Bugger the biodiversity – it is irrelevant.

More solutions in my next post, especially for those cat owners that do also care about native wildlife.

0 Responses to “Conservationists should care about cats”