Australia-New Zealand Banking Group, a routine member of the index, also celebrated its sustainability achievement – global leader in banking. While ANZ is not a

New Zealand listed company, it is big and embedded in our neighbourhoods.

Should we care? What does it mean for the people and environments where these companies operate?

Is the DJSI a meaningful metric for customers and investors in NZ?

How do NZ companies compare on the global sustainability stage?

Let us begin by understanding where the DJSI comes from.

The DJSI was launched in 1999 by Standard and Poor’s (S&P). The index is supposed to track the performance of the leading sustainability-driven companies worldwide – those that regard sustainability as a corporate goal. This year it includes just 333 of the world’s largest companies.

The DJSI is based on a corporate sustainability assessment by RobecoSAM, whose parent company is the Dutch €192 billion asset manager Robeco. Robeco is headquartered in Rotterdam, The Netherlands. It advertises itself as a global leader in sustainability investing.

Of course, this information gathering, assessment, and distribution comes at a cost and is a vehicle for the indexing companies like Robeco and S&P to make money from investors. The strategy appears to be working for Robeco. It reported a 47% increase in profit last year (2012) and attracted €18.4 billion more assets. 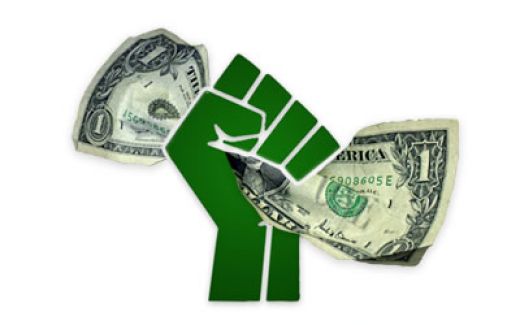 The business model RobecoSAM and S&P have pursued is to act as a source of information for investors wanting to ‘do less harm’ – perhaps even good – but still own a share of global business, while at the same time, theoretically, providing an incentive for more businesses to be socially and environmentally responsible.

Clearly it is a profitable venture for Robeco, but are the indexed companies really better and does the index encourage sustainability amongst the world’s businesses? Some insights into how the DJSI is derived will help us decide.

How does it work?

RobecoSAM invites companies, 3300 for this year, to be assessed for inclusion in the DJSI. Most, however, choose not to participate. Only 818, 25%, submitted the necessary materials this year.

Should we be pleased or disappointed when only 25% of the world’s largest companies want to be evaluated for being good corporate citizens? Nevertheless, RobecoSAM evaluated a further 1,013 companies using publicly available information.

Each company was rated for environmental, social and governance criteria. The companies self-report answers to 100 questions – 38 are environmental questions and seven of those are about the companies climate strategy. Thirty-five questions are about social criteria like philanthropy and positive labour practices, and 27 are economic questions like corporate governance, anti-crime measures, and the like.

The 100 self-report questions constitute 75% of the final score. The rest of the score is derived from specs submitted by the company and RobecoSAM’s evaluation of publicly available information on the company – like media and investment commentary.

Other than these details the raw data are not publicly available. We cannot know how companies answered the questions or their raw scores – but I will do some digging and see what I can find for my next posts in this series.

The questions differ between 24 main industry types from Automobiles & Components to Utilities. For example, questions about biodiversity are asked of electricity generators but not banks, although all industries might be asked about their environmental policies and reporting. Industries of different types are not compared so that the listings are only a ‘best in class’.

Of the 333 companies in the DJSI this year, strangely, 45 made money from selling alcohol, tobacco, gambling, armaments and firearms, or adult entertainment – a consequence of the index’s ‘best-in-class’ approach.

Even if you make and trade arms for war on an international market – selling weapons to despots – you might still be a ‘sustainability’ leader compared to other merchants of death.

Even if you make money pumping crude oil from the ground and burning dirty coal – with a huge carbon footprint – you might still do it more efficiently than your competing polluters.

The DJSI’s ‘best-in-class’ approach is a compromise between profit and aspiration. Does this limit its value?

Does the DSJI achieve its objectives?

To succeed – other than by making money for RobecoSAM and S&P – the DJSI must be able to show that it is increasing the number of companies that aspire to improve their social and environmental performance AND provide a credible metric for customers and investors of sustainable business.

I will evaluate these, especially with respect to New Zealand and New Zealanders in my next post of this series.

Disclosure: The author owns shares in AIA and ANZ.