Everyone knows that lower socioeconomic groups are more likely to smoke.  But why?  Is it because of things like less education or more deprivation actually causing you to smoke?  Or is it other correlated things like personality?  The answer to these questions matter, both for tobacco control policy and political debate.  Moreover, not all is as you might expect, and it differs for deprivation and income.

Research we have just publishedin the journal Tobacco Control, answers these questions using data on the same people followed over several years.  We found that moving from a neighbourhood with the least deprived fifth of New Zealanders to the most deprived fifth increased someone’s odds or chance of smoking by a large 83%.

This increase in your chances of being a smoker if you move to a more deprived neighbourhood is consistent with a ‘social causation of disease’ model. That is, worsening social circumstances makes you more likely to smoke.

However, we also found that an improvement in social circu 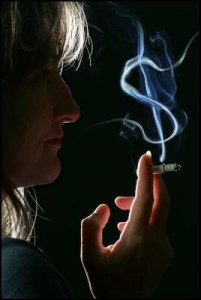 We know that giving teenagers more pocket money increases their likelihood of smoking.  We also know that increasing the price of tobacco through tax decreases smoking.  So it is not surprising when you think about it that increasing incomes among young adults increases smoking risk.  But, this runs counter to a simple ‘social causation of disease’ model that suggests improvement in social circumstances will always improve health – it doesn’t.

The study we used was better able to tease out causation from correlation, because it tracked how the smoking behaviours of 11,000 Kiwis changed when their personal circumstances changed.  This study design is vastly superior to a simple one-off survey – but still not as good as a randomized experiment of, say, giving people more or less income. 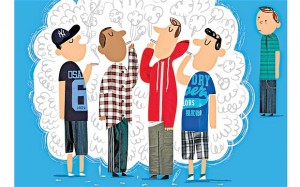 We want young adults to increase their incomes.  But we do not want young adults to become addicted smokers as an unintended consequence. Policy options here might include increasing focus on higher taxes on cigarettes as youth a more price-sensitive, lifting the minimum age to purchase tobacco, raising alcohol tax to help prevent both drinking and smoking as smoking is often a complementary activity to drinking, and adopting fully smokefree hospitality venues, similar to a 25 foot rule in force in some USA jurisdictions.

The issue of smoking initiation in late teens and early 20s is something that has been perplexing our colleague Prof Richards Edwards – he will be blogging more on this at Public Health Expert soon.

The research was conducted on Survey of Family Income and Employment (SoFIE) data collected by Statistics New Zealand, with additional health data collected and analyzed through funding by the Health Research Council of New Zealand.  My co-authors were Kristie Carter, Ichiro Kawachi, Frederieke van der Deen and Alistair Woodward.