Party pills now have stringent government-promulgated rules and processes. All but one MP voted for the new law. The irony is that tobacco – and for that matter alcohol – with orders of magnitude more harm gets the wet bus ticket regulatory treatment. The promise is that if such a wide parliamentary consensus can be achieved on party pills, proportionate action on tobacco should see it sorted out by lunch time. 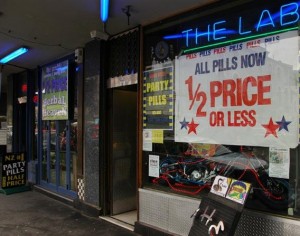 The Psychoactive Substances Act, which introduces regulation of ‘party pills’, came into force on August 1st 2013 with overwhelming support of MPs (only John Banks, ACT, opposed it) and the general public. However, its real importance may not be the modest health gains that result from controlling the availability of party pills. Rather its main impact could come from exposing serious inconsistencies in New Zealand’s approach to regulation of harmful substances and creating potentially powerful precedents that help improve the regulation of other hazardous products with a much greater impact on public health.

Specific measures in the new Act include:

These definitions bring us to the first inconsistency. Last time I checked tobacco (nicotine) and alcohol would meet most experts’ definitions of a psychoactive drug. Both are chemical substances that cross the blood–brain barrier and act primarily upon the central nervous system where they affect brain function, such as causing alterations in perception, mood, consciousness, cognition, and behaviour. These properties are widely recognised. Indeed they are usually included on lists of such drugs.

Second, both tobacco and alcohol pose serious risks of harm to users. The recently published New Zealand Burden of Disease study ranked tobacco as the leading risk factor for morbidity and mortality in New Zealand and alcohol was ranked sixth. By contrast, party pills do not feature on this list, and make a relatively minor contribution to New Zealand’s burden of disease.

So why exclude tobacco and alcohol from the legislation? Focusing on tobacco, how are these products, that kill around five thousand New Zealanders every year, regulated? Which of the party pill retail and sale restrictions described above also apply to tobacco? There is just one: tobacco products cannot be sold to minors (though note there is no law against non-commercial supply of tobacco to minors).

Tobacco products can be and are sold from nearly all dairies, convenience stores, supermarkets and petrol stations. Unlike party pills, tobacco can be sold without a licence, by minors, alongside alcohol, and as close to a school or kindy as a retailer likes. Local authorities have no powers to restrict the sale of tobacco in their localities. Recently published research found there were at least 5000 tobacco retailers of which over half were within 500m of a secondary school. Even the ban on sales to minors is not well enforced. The ASH Year 10 survey has consistently found that 10-12% of 14-15 year old smokers report that their usual source of cigarettes is shops or vending machines.

What about introducing new tobacco products? What consumer safety requirements must be met to demonstrate that the new product poses a low risk of harm?

The answer is simple. There are none. There is no regulatory authority, no expert committee and no restrictions on companies introducing new tobacco products, even though new tobacco products will almost certainly be highly addictive and in the long term far more dangerous than a new type of party pill – resulting in the premature death of half of long-term users.

Any sensible observer would conclude that the current regulation of the sale of tobacco and of the tobacco product market is a joke in comparison with party pills. The same could be said for alcohol. Politicians need to explain why they regulate party pills so comprehensively and enthusiastically yet seem unwilling to put in place the same measures for these far more hazardous substances.

So what’s to be done? Peter Dunne may not have planned matters this way, but the Psychoactive Substances Act provides both a compelling case for change and a precedent for smarter regulation of tobacco and alcohol. This new law establishes a clear precedent for the comprehensive supply side measures needed to achieve the Smokefree Aotearoa goal by 2025 and way to step back from New Zealand’s binge drinking culture. 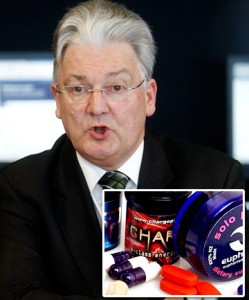 So, New Zealand politicians, how are you going to address this country’s incoherent approach to regulating harmful substances? A good place to start would be to include plans for proper regulation of tobacco and alcohol in your political party policy manifestos for the 2014 election campaign. Over to you.