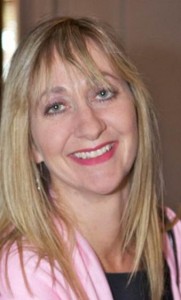 Research teams we lead have published two papers in the last few weeks on food taxes and subsidies – both of which depend on what are called price elasticities.  Timely, in light of the launch last week of Appetite for Destruction that is focusing public attention on our food environment, including taxes and subsidies on food.

In the first paper from the SPEND Project, we found that across 20-odd food groups, low-income people and Māori tended to change their consumption of foods more in response to price changes, using New Zealand data (media release here).  This is entirely consistent with economic theory – and data about price impacts for other consumer goods such as tobacco.

This suggests – but does not prove for reasons we outline below – that taxes on ‘unhealthy’ foods like those high in saturated fat, salt, and sugar; and subsidies on ‘good’ foods like fruit and vegetables should not only improve diets across the board, but more so among socially disadvantaged groups with worse diets and health to start with.

But the proof is in the pudding, which in this case is the health and economic modelling to see what effect taxes and subsidies will actually have on disease rates.  And due to data limitations our modelling is still only half-baked, no matter which research group’s findings you look at.

This is where our second paper, from the BODE3 Programme, comes in.  Basically, modelling of what happens to future disease rates, deaths and healthy life years from changes in food prices is very challenging.

We think our SPEND price elasticities are not too bad for how consumption of, say, cheese changes when you change the price of cheese.  But what can really catch you out in modelling is something called cross-price elasticities, or how consumption of cheese changes when you change the price of bread.  These are genuinely difficult to estimate accurately, yet important.  For example, some (not all) international models show little if any improvement in health from subsidies on fruit and vegetables, because consumption of high salt foods can increase with freed up budgets. 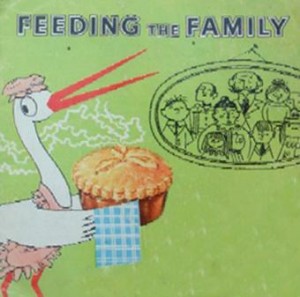 Better estimation of price elasticities is critical.  This is why we are about to start an experimental study of changes in food prices that matter for public health – not just for agricultural interests.  For example, we need to know what type of price gap between a sugar-sweetened soft drink and a sugar-free soft drink will help shift purchasing behaviour and deliver the best benefit for health (and savings for the taxpayer-funded health system).

But caution is critical. We  researchers need to be very circumspect about our data and modelling results.  We need to strive for the best input data and then to push and poke our models from as many angles as possible.  For example, we will be more confident that a saturated fat tax is pro-health if the same conclusion is reached with: one disease model using multiple sets of price elasticities; multiple different disease models around the world; etc.  That evidence base is starting to grow.

But it is also important that researchers state what the current ‘best evidence’ is.  So what is our expert opinion at the moment on food subsidies and taxes?  Based on existing research (e.g. 1-4):

This ‘careful packaging and design’ of tax/subsidy packages concurs with Morgan and Simmons in their Appetite for Destruction book.

What we can definitely say is that healthy food policy matters.  Our foodscape is very different from decades gone past due to “market success” in producing cheap energy-dense, sugar-sweetened and high-salt foods.  Whilst it is genuinely difficult to estimate the health impact of food taxes and subsidies, it is something we simply must get better at doing.  The weight of evidence probably supports food taxes, and the onus shifts to implementation with careful real world evaluation to determining benefits and costs.  Based on emerging science, theory, overseas experience and political palatability, we think a tax on sugar-sweetened beverages is probably the best place to start if only one tax/subsidy step is taken initially.

In the meantime, though, researchers like us will keep trying to improve the robustness of the evidence-base – and keep policy makers and the public updated on the ‘weight’ of evidence.