Advance Care Planning (or ACP) is the process of thinking about, talking about and planning for future health care and end of life care. In its delivery, this seems a very clinically focussed, individual health care process, so what relevance has it got for Public Health?

Actually a lot. We know that we spend around seven times more in the last year of life than the average spent in all other years of a patient’s life (2). This problem will be exacerbated as the baby boomers die.

Expenditure on dying people is going to rise. However Advanced Care Planning can potentially minimise this rise in health expenditure, saving health dollars for use elsewhere in the system as well as improving patient quality of life.

Advance Care Planning has been introduced because it has been recognised that collectively the health system is not good at doing “informed consent” around the end of life. There are two important reasons for this. The first is well illustrated by my patient Joan (fictitious name). 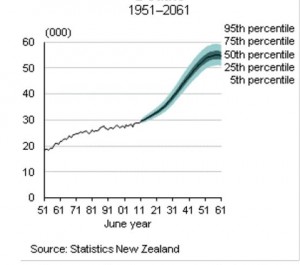 Joan lived alone in a small council apartment. She suffered from emphysema and had been unable to stop smoking. Her world slowly shrunk as she got more breathless. First she had to give up gardening. Slowly she had more difficulty getting around her apartment. She would have exacerbations requiring antibiotics but we managed to keep her away from hospital. Eventually despite 24 hour oxygen she decided she could not manage at home anymore and was admitted to a rest home. I remember visiting her there and her telling me that she really did not want to be there and that there was not much for her to live for. Two weeks later she became unwell over the weekend and was admitted to hospital with a chest infection. I visited her on Monday afternoon. I saw her in her 4 bedded cubicle and she said in a loud but very breathless voice “I don’t want to live anymore.” I asked the staff what treatment she was on and found that they were giving her antibiotics for the chest infection. When I asked her if she wanted that she said no. The antibiotics were stopped and she died a day later. No one at the hospital had been able to have the conversation with her about whether she wanted treatment or not. 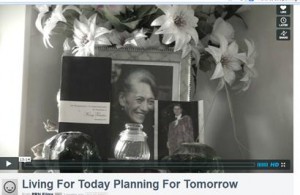 The second reason we need to improve end of life care is to do with the fact that if you have a hammer then “everything looks like a nail”. If you visit a surgeon or oncologist with a cancer they will offer treatment. Sometimes they offer treatment as a last chance without even giving any idea of how big that chance might be. It even turns out that some people live longer if given palliative care than if offered interventional care (4). If a patient had thought of and discussed their wishes in the last phase of life they would be in a better position to question their clinicians to find out why they were proposing treatment and what the benefit of treatment would be. As long as a clinician’s presumptions that extending life at any cost is worth it goes unchallenged, ineffective intervention is more likely to continue. This issue of “futile care” is well summarised by Botha et al (1).

The health sector is continually under financial pressure with endless calls for more expenditure. In the last few weeks there have been proposals for a bowel cancer screening programme, for more funding for low cost primary care clinics and for better wages for rest home workers – all potentially cost-effective or the right thing to do, but what gives? Prioritisation decisions are always hard. How would we weigh the relative merits of those three proposals, and what would we remove funding from in order to fund these?

Advance Care Planning has a great potential to save health sector dollars at the same time as improving patient care. If all the patients like Joan could have their wishes for less health sector resources provided, and we only offered treatment to patients that we knew would be likely to benefit, a lot of resource could be saved, making it easier to fund other deserving options like the ones above. 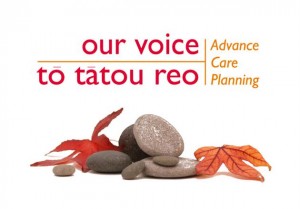 Last month the result of a national cooperative process was launched in the form of a website and a large amount of supporting material. There is an e-learning platform for clinicians, and information for patients and their families on how to go about having a conversation about how they want to live until they die. Personnel are being trained as trainers in Advance Care Planning. This is an important initiative. The ground work has been done well and it is now up to all of us, planners, clinicians and the public as a whole to embrace the idea and give it a good run (with future evaluations being of course critical). Whoever thought that something as simple as a conversation had the potential to make such a difference?

0 Responses to “Advance Care Planning – good for patient care and better use of health dollars?”