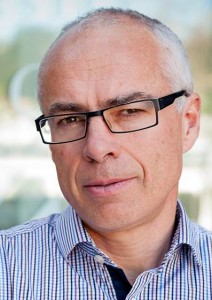 The New Zealand Government has a goal of a Smokefree Nation by 2025, often interpreted as a smoking prevalence of less than 5% by 2025.    This should be a major focus of the New Zealand contingent at the Smokefree Oceania Conference in Auckland next week.  But what would it take in the way of reductions in uptake (or initiation), and/or increases in cessation rates, to achieve this goal?

We try to answer this question in a paper just published in the international journal Tobacco Control, led by Tak Ikeda and a presentation that he will also give at the conference next week.  The answer differs by ethnicity.  Essentially, 10% of non-Māori smokers need to quit each year to achieve 5% smoking prevalence by 2025 for non-Māori.  And 20% for Māori.  We concluded that changes in initiation rates are not as important as changes in cessation rates to achieve the 2025 goal.

These are large increases in net cessation rates over and above what we have seen in the last decade, especially for Māori.

Can we do it? We think so, if the political will to help smokers quit is sustained. 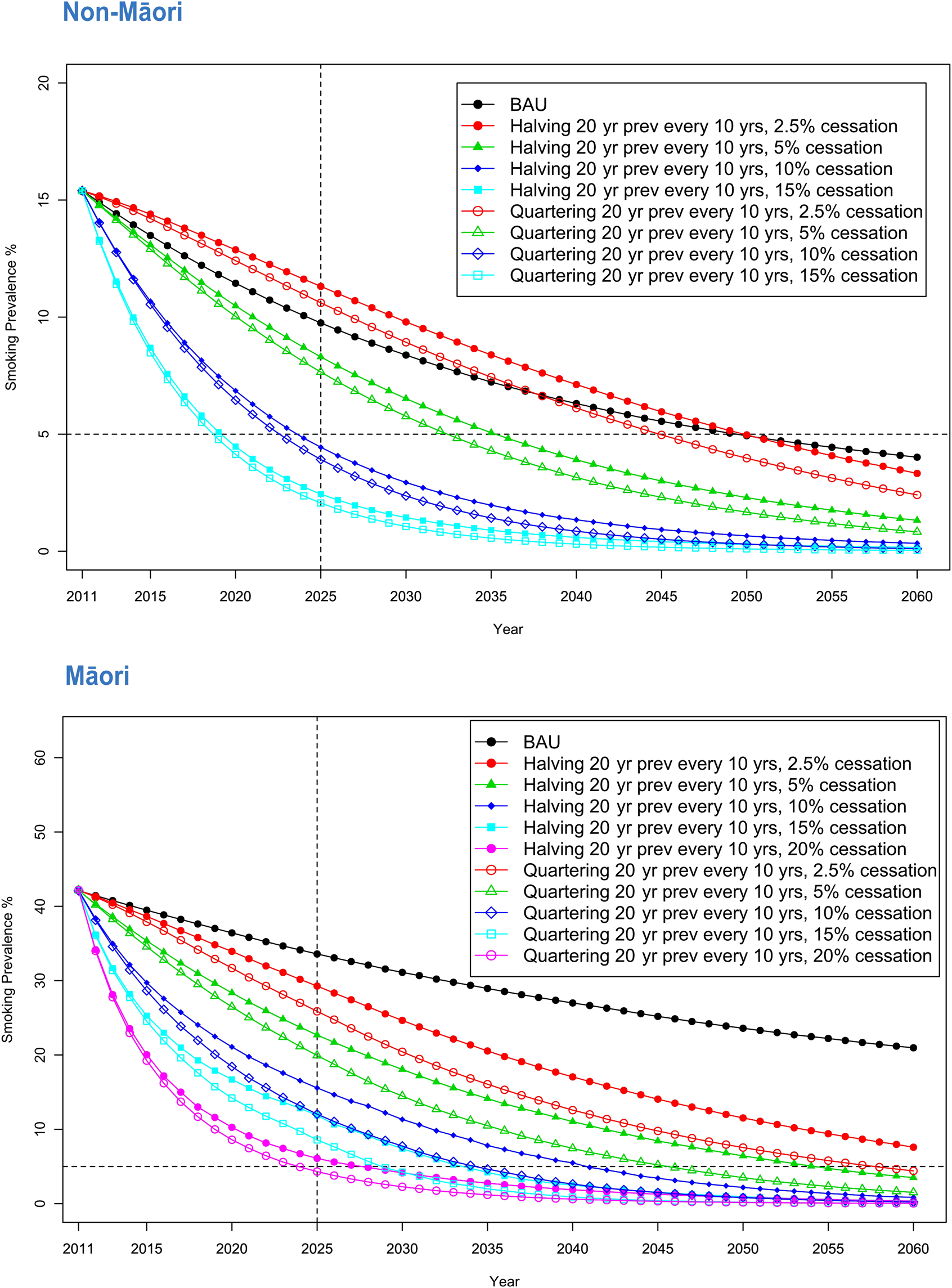 Second, we changed either or both the initiation (i.e. prevalence among 20 year olds) and cessation rates, and projected future prevalence.  As stated above, initiation does not really matter too much.  So focus instead on the cessation rates.  The green lines are for 5% annual cessation rates: gets us to about 13% for non-Māori, but only about 20% to 25% for Māori.

So, the task is large.  And it is this level of cessation that we require.  So if someone advocates an intervention that reduces initiation by a couple of percentage points, or increases the marginal quit rate from 10% to (say) 11% after six months, this is only going to be a small part of the solution!  Interventions to achieve the 2025 goal must be population-wide, far reaching, and markedly drive up cessation

How can we do it? One possibility comes from work from the BODE3 Programme that will be presented by Nick Wilson at the Smokefree Oceania Conference. It suggests that ongoing tobacco tax increases as per recent years could get non-Māori to the 2025 goal – but even larger increases in tax would be needed for Māori.  Conversely, work that will be presented by Amber Pearson suggests that (major) reductions in retail outlets will not be enough, in and of themselves.  Although restrictions on retail outlets may help with both ongoing denormalisation, and may be a necessary step in the final stages of the endgame. Even increased use of e-cigarettes to help with quitting might contribute to progress, but we suspect that the value of these new products is not as great as might be hoped (see a previous Blog in Public Health Expert).