I was in Brisbane this week, teaching epidemiological methods to improve the quality and causal inference of our research – more of that below.  During the week, the Australian Broadcasting Corporation (ABC) broadcast a documentary supposedly debunking the science on the association of saturated fat with cardiovascular disease. 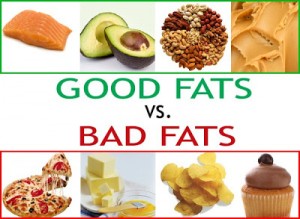 One of the criticisms leveled on the programme went right back to original research by Ancel Keys in the Seven Countries studies post World War II showing a strong correlation between the rates of cardiovascular death in countries with saturated fat intake.  The criticism?  When you put more than just the seven studies on a graph, the correlation looks weaker.  Fair enough, as such ‘ecologic’ studies are prone to error – but of course they are also prone to missing important associations as well, such as the association of saturated fat with heart disease.

If you are like me and your brain starts to hurt when people start talking about types of fat, here are the very basics.  Saturated fats are solid at room temperature, and most commonly animal fats.  Examples of mono- and polyunsaturated fats are shown in the table below.  Omega 6 are generally thought to be worse than omega 3 (e.g. they are inflammatory), at the ratios we currently see in western diets.  ‘Trans’ fatty acids are accepted by everyone as being ‘bad for you’.

Back to the main course.  Let’s not kid ourselves that diet and the association of saturated fat with health is not complex, not nuanced, and does not vary over time and place.  Diet is complex.  For example, a‘simple’ meta-analysis summary of all studies on percentage saturated fat in the diet found no net overall effect on heart disease and stroke.  But the effect of saturated fat on health will vary by things like:

In the last week, a viewpoint that “Saturated fat is not the major issue” has appeared in the BMJ – meeting with rebuttal at The Conversation in Australia.  This side of the ditch, Professor Grant Schofield has been getting more media time on his view that a diet high in fat and low in refined carbohydrates (e.g. sugar) is the way to go.  Echoes of the Atkin’s diet.

It would be good if such dietary advice was underpinned with intervention trial research findings, rather than premised on rebuttals of existing research.  Nevertheless, there is a reasonably solid core of agreement if one looks closely.  Namely, the emerging consensus that overeating of refined carbohydrates is bad for you (see footnotes). Second, there is agreement on the benefits of eating more fruit and vegetables – especially to substitute other aspects of the diet.  Third, if you look closely at Schofield’s recommended diet it is not too far off the Mediterranean diet with nuts and dairy products as ‘fat’ in the form of polyunsaturated fats.  (Saturated fat per se is not the mainstay of Schofield’s proposals, but rather a component – albeit a bigger component than ‘established’ dietary advice would promote.)

So where is the contention? Saturated fat, considered (falsely) in isolation and out of context, and how much saturated fat is ‘okay’ or even ‘good’.

What would I recommend?  Eating more vegetables, nuts and polyunsaturated fats (instead of saturated fat), and reducing the intake of refined carbohydrates (which in the case of bread also include lots of salt).  Actually, not that different from those well-known dietary experts (!) Morgan and Simmons in their latest book Appetite for Destruction.

Science evolves, and new knowledge is generated.  For example, and back to my epidemiological teaching last week, an important and relevant example is that of HDL (a type of lipid in the blood).  As a scientific community we generally thought increasing HDL caused better heart health, and justified our drinking of a little alcohol each day.  But a paradigm-changing paper published in the Lancet last year on 20,000 heart attacks and 100,000 controls overturned this ‘fact’.  (The study used the genetic variation in HDL predicted by genes, and showed this randomly inherited variation (think Mendel’s second law of independent assortment at meiosis) had no association with heart attacks.)  So we should never claim to know anything for 100% sure, but at this point I am siding with the establishment and politely declining Grant Schofield’s saturated fat push – but agreeing with his general push on reducing refined carbohydrates.

Most nutritional advice these days focuses less on reducing fat intake, and more on substituting saturated fat (SFA) with mono- and polyunsaturated fats (PUFA). The evidence is fairly strong:

2)    Similar meta-analysis evidence on the SFA to PUFA swap in another meta-analysis, but interestingly also a that a 5% energy shift from saturated fat to carbohydrate increased CHD events by 7% (Jakobsen et al, 2009).  Likewise a Cochrane review by Hooper et al (2012) found similar results, and was reviewed by my BODE3 colleagues Foster and Wilson (2013) and overviewed by Nick as a post on this Public Health Expert blog.

3)   This review of the animal studies (non-human primate) favouring PUFA substitution for SFA.