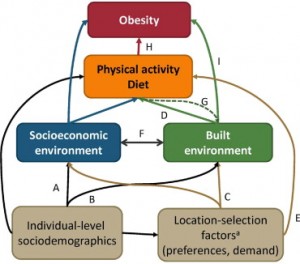 NZ compares favourably with other OECD countries in many ways – according to the just released results of the OECD’s “Better Life Index”. This blog considers some of the details and also various ways we could make further improvements in health, safety and the environment.

The good news is that according to the OECD “New Zealand performs exceptionally well in overall well-being, as shown by the fact that it ranks among the top countries in a large number of topics in the “Better Life Index” [1]. What follows are a list of some of the specifics – both good and not so good.

Better than the OECD average:

Where this was available, the number in brackets indicates NZ’s rank out of 36 OECD countries (for each indicator, think of 1 being the best or most positive, and 36 the worst).

Higher well-being: In NZ, 83% of people say they have more positive experiences in an average day (feelings of rest, pride in accomplishment, enjoyment, etc) than negative ones (pain, worry, sadness, boredom, etc). This compares to the OECD average of 80%. Other data indicates that NZ performs relatively well in the well-being domain (see previous Public Health Expert blog).

Higher self-reported health (2/36): When asked, “How is your health in general?” 89% of people in NZ reported to be in good health. This was much higher than the OECD average of 69%. (Despite the subjective nature of this question, there is actually evidence that such measures are quite good predictors of people’s future health care use).

Lower life expectancy gender gap (2/36): In NZ this gap is four years (83 vs 79 years for women and men respectively), while the OECD average is larger at 6 years.

Lower smoking rates among adults: In NZ the adult smoking prevalence is 18% vs 21% for the OECD average.

Higher perceived safety: In NZ, 81% of people feel safe walking alone at night, which is quite a bit higher than the OECD average of 67%.

Lower air pollution (3/36): The level of atmospheric PM10 (tiny particles small enough to enter and cause damage to the lungs) – is 12 micrograms per cubic meter (mcg / m3). The OECD average is 21 mcg/m3 and NZ ranked third best out of 36 countries.

Higher water quality satisfaction (13/36): That is 88% of people say they are satisfied with the quality of their local water, which is higher than the 84% OECD average.

Worse than the OECD average:

Higher obesity: In NZ the obesity rate is 28%, which is much higher than the OECD average of 18%.

Lower average household disposal income (20/36): While a bit less than the OECD average, this means it is relatively harder for New Zealanders to achieve higher living standards and pay for state-of-the-art health services.

What to make of all this?

The comparative findings presented here are in just some of the domains of the “Better Life Index” – but they do give a generally encouraging picture in terms of relativities. The results may partly reflect progressive policies by NZ society in recent decades e.g., around tobacco control and on-going improvements to the health system and in society at large. But in some areas chance is at play eg, the relatively good air quality largely reflects the small population size and limited degree of industrialisation in NZ. While reticulated water supply is fairly good in NZ (and people seem to be generally happy with it as detailed above), a question about the quality of rivers and lakes might have given a much poorer result.

But NZ could readily make more progress in some of these areas to catch up with the OECD leaders. Some ideas are as follows:

Obesity prevention and control is where large health gains could be made (given NZ Burden of disease data). The government could extend the use of pricing instruments (from successful use in tobacco and alcohol control) to improve nutrition and lower the risk of obesity (see previous Public Health Expert blogs). A tax on sugar-sweetened beverages might be the best place to start (e.g., combined with using the revenue to fund healthy school lunches). Other OECD countries such as France and Hungary have recently been implementing such taxes. But of course many other parts of the obesogenic environment should also be addressed (see figure).

Improving mental health services (see previous Public Health Expert blogs) is probably an important way to improve well-being. In particular, there is a lot of scope for improving alcohol control – given that the binge drinking culture has many spill-over impacts on the rest of society (e.g., in terms of crime and social disruption).

NZ still does have air pollution problems especially in some towns and cities in winter and around high traffic corridors. NZ research highlights the scope for reducing premature mortality from air pollution – for all New Zealanders and for Maori. Interventions include better public transport and possibly even congestion charges (as used successfully in various European cities). Also if NZ had a decent system of putting a price on carbon (not its near moribund Emissions Trading System), then that price signal might help shift some commuters out of their cars and into walking, cycling and public transport.

The perceived safety of walking at night is an important issue as walking protects health and (as transport) has a very low carbon footprint. It can be made safer with improved street lighting (e.g., outdoor LED lights [2] are starting to appear in NZ), and making pedestrian walkways appear safer. The latter could be through Councils doing more to improve walkway surface quality, and remove rubbish and graffiti [3]. Intervention studies could be done to determine what are the most cost-effective approaches to make walking feel safer.

Fortunately some of these interventions might even be cost saving to the health sector and society, which adds to the case for NZ policy makers giving them further attention.

[1] For data sources, the OECD state: “The data mostly come from official sources such as the OECD or National Accounts, United Nations Statistics, National Statistics Offices. A couple of indicators are based on data from the Gallup World Poll….” More details can be found here.

[2] Back of the envelope calculations suggest that street lighting in NZ is already fairly cheap at probably <15c per street light per night in running costs. But LED lights are even cheaper to run (once installed) and technological options exist for movement detection that allows LEDs to turn on when a person approaches a pedestrian walkway and then turn off after they leave.

[3] There is evidence for and against the “broken windows hypothesis” – but ultimately well-designed studies should be able to clarify if cleaning up public places reduces crime and increases feelings of security among pedestrians.

0 Responses to “NZ compares well with other OECD countries in health & other areas: But scope for improvements”