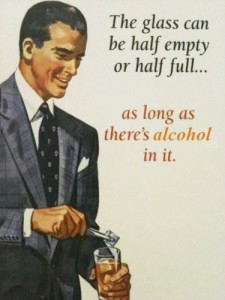 It is ‘well known’ that moderate amounts of alcohol are beneficial to cardiovascular health.  But actually in research circles this ‘fact’ is hotly contested. In this blog we will overview the currently dominant understanding of a ‘J-shape’ association of alcohol and death rates. Then we look at a recent (and likely seminal) just published study of 400,000 European adults followed up for an average 13 years that reports a seemingly J-shape association – but which might actually be due to bias according to the authors.

The so-called J-shaped association of alcohol with risk of death is shown below in our stylised graph as the blue line. Abstinence confers medium risk of death, which goes down with modest to moderate alcohol consumption, then goes up again to high death rates with heavy consumption – a “J-shape”. 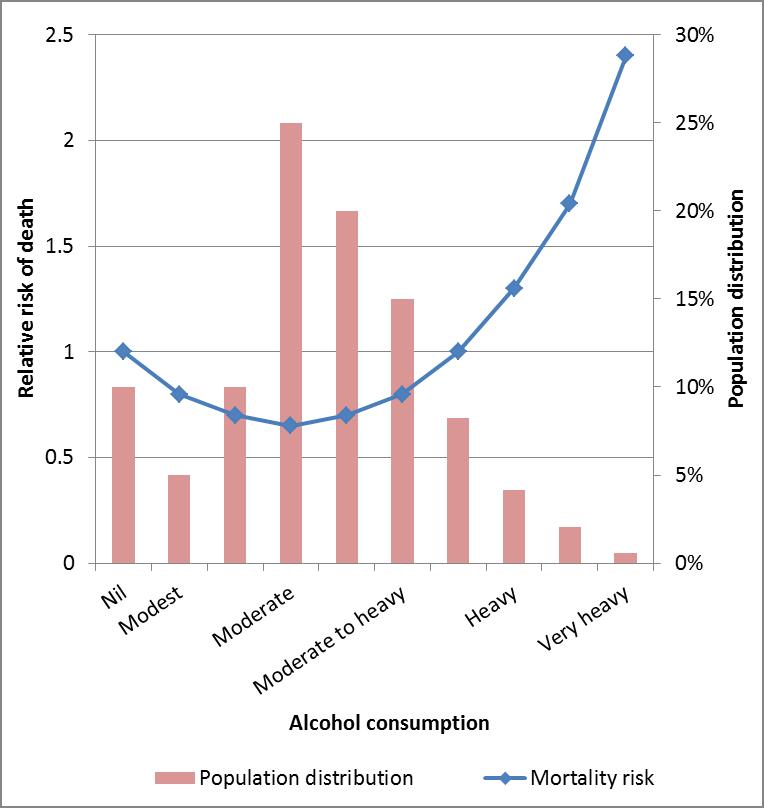 This creates a delicate balancing act for working out the net effect of alcohol on population health. The following will decrease death rates in a population:

Conversely, the following will increase death rates in a population:

Of course, it is even more nuanced and complex than this. Binge drinking is deleterious regardless (e.g. injury), and should be differentiated from ‘average’ consumption. And the J-shaped graph should not theoretically hold for alcohol-related cancers, of which there are many (e.g. esophageal and breast cancer), but rather increase monotonically with increasing (lifetime) consumption.

Professor Jennie Connor and colleagues have done an excellent job of wrestling with these complexities and uncertainties to work out the net alcohol related burden in New Zealand. Their work was an input to the NZ Burden of Disease study which reported last year (and which we blogged about). In this major report, alcohol (in 2006) accounted for a health loss of 54,000 disability-adjusted life years (DALYs; 5.6% of health loss from all causes). However, alcohol use was estimated to have also prevented 15,400 DALYs (1.6%) through its protective effect against: coronary heart disease, ischaemic stroke and type 2 diabetes. So overall a net contribution of 4.0% of all health loss among New Zealanders in this study year.

So what of this just published major study? It comes from a study called EPIC – a well-respected and large multi-country cohort study. They undertake a thorough analysis. For example, they exclude people with established disease to get over reverse causation. The figure below gives the results for males (it is fairly similar for females). 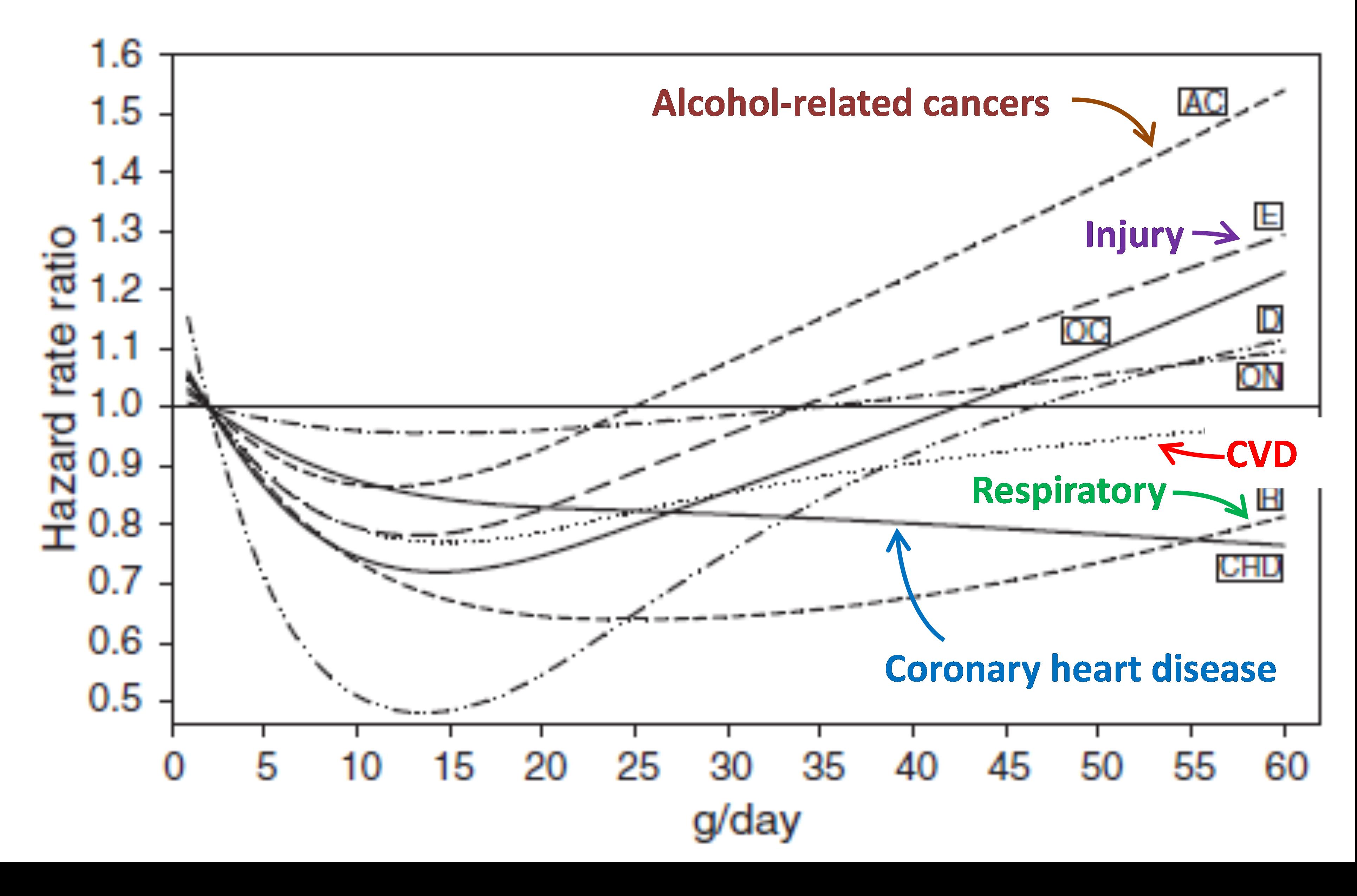 At first glance, there is a (sort of) J-shaped association.  For example, for coronary heart disease and cardiovascular disease (CVD), as expected. And there is serious harm from high alcohol consumption for alcohol-related cancers and injury.

But have another look. Why is there also a downward curve for respiratory disease?  Respiratory disease is not plausibly biologically associated with alcohol (other than by residual confounding with smoking). And why is there a J-shape association for multiple other causes of death that really should not have one – including alcohol-related cancers and injury?

This led the authors to fence-sit. Whilst they agree there may be a protective association of moderate alcohol consumption with some diseases, it could also be that it is all (or mostly) just unresolvable bias. For example, people drinking alcohol in moderation do lots of other things in moderation, and may be generally healthier; we (as researchers) are unable to fully adjust for this in our observational studies – no matter how hard we try to analyse the available data.

To make matters more ‘fence-sitting’, one of the two commentaries on this study was cautiously supporting a causal J-shape (our colleague Emily Banks from Australia), and the other commentary saying it is impossible to rule out bias.

Gosh – what should we as public health experts say about alcohol?  In descending order of confidence, here is what we say:

What about the future impact of alcohol?

It is also useful to think ahead – the future health impact of alcohol will be very different from the past impact of alcohol due to changing disease patterns in our society.  Cardiovascular disease rates have plummeted in the last 40 years, and will probably continue to do so into the future (due to a mix of improved preventive measures and also treatment improvements). This means that any net cardiovascular disease benefit from alcohol will probably be less in absolute terms in the future – and pushed out more to older ages.