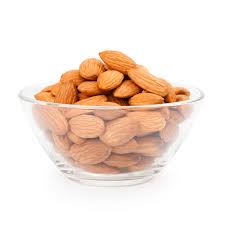 This blog considers a newly published review on the evidence around dietary fat intakes and coronary heart disease. We have concerns about some aspects of this review, in particular the lack of context around the totality of the evidence. Hence we suggest that the best evidence for national guidelines is still that which encourages the replacement of saturated fats with polyunsaturated fats – with the latter ideally being long-chain omega-3 fatty acids (as found in fish, flax seed and nuts).

The issue of whether the current evidence base is sufficient to advise populations to reduce saturated fat intakes is one that remains controversial. A just published systematic review and meta-analysis examining the association between dietary fatty acids and coronary heart disease (CHD) by Rajiv Chowdhury and colleagues has appeared in the journal “Annals of Internal Medicine”. The authors, conclude that “current evidence does not clearly support cardiovascular guidelines that encourage high consumption of polyunsaturated fatty acids and low consumption of total saturated fats”, and that such guidelines may need reappraisal to reflect the current evidence. They found no significant association between CHD outcomes and intakes of saturated fat, monounsaturated fat, and both omega-3 and omega-6 polyunsaturated fats.

At first glance you might think then that this review offers substantially new insights into the effects of dietary fats on CHD. However this is not the case. This new review essentially repeats the findings of earlier reviews (i.e., by Skeaff and Miller in 2009 and by Siri-Tarino and colleagues in 2010). Each of these reviews acknowledges the limitations inherent to dietary assessment methods which make accurate measurement of the exposure variable difficult. These include reporting biases, particularly those in response to snack foods which can contain high amounts of fats. Chowdhury & colleagues try to account for these limitations by including prospective cohort studies which have examined associations between CHD and fatty acid intake biomarkers – a theoretically more objective measure of intake. Previous reviews have already suggested a protective effect of omega-3 long-chain polyunsaturated fatty acids (measured as intake biomarkers) on CHD outcomes and this new review confirms these earlier findings (statistically significant results for 4 different such fatty acids circulating in the blood). However it also examines associations with saturated and monounsaturated fatty acid blood biomarkers, as well as omega-6 polyunsaturated fatty acids. In accordance with their findings based on dietary intake reports they show no association between saturated or monounsaturated fatty acids with the exception of a protective effect from C17:0 margaric acid (consistent with some other evidence around its presence in dairy fat intake). However the even-chain saturated fatty acid biomarkers reflect both saturated fat intakes and endogenous synthesis from carbohydrates and alcohol so are not ideal intake biomarkers. Thus the lack of association could be confounded by other nutrient intakes, particularly carbohydrate, which have not been adjusted for.

Possibly the best of recent systematic reviews examining this fat/disease issue is one by Jakobsen et al in 2009. This review reported a pooled analysis of individual level data from 11 prospective cohort studies examining associations between energy intake from monounsaturated fatty acids, polyunsaturated fatty acids and carbohydrates, and risk of CHD. Only studies where dietary intake was measured using validated questionnaires, which examined replacement of macronutrients, and which reported similar endpoints were reported. Jakobsen et al found that substitution of 5% of energy from saturated fat with 5% of energy from polyunsaturated fat was associated with a significant reduction in CHD events and CHD deaths whereas substitution with monounsaturated fat was associated with a borderline increased risk in CHD events. Substitution with carbohydrate on the other hand, was associated with significant increase in risk of CHD events in women.

The above review was followed by another key one by Mozaffarian et al 2010 which was a meta-analysis of eight randomised controlled trials. It provided further evidence that replacing saturated fat with polyunsaturated fat reduced CHD events. The new review by Chowdhury & colleagues does not address the question of what nutrients replace saturated fat (and they fail to mention the previous review findings by Jakobsen et al and Mozaffarian et al). If saturated fat is replaced with refined carbohydrate then we would not expect to see a reduction in CHD event risk. Even the use of dietary biomarkers in this new study does not answer this important question of substitution.

Despite the mixed body of evidence from dietary studies described above, advice to reduce saturated fat intakes over the past several decades has been accompanied by substantial reductions in mortality from CHD which have occurred in parallel with reductions in saturated fat intake and serum cholesterol concentrations in much of the Western world. These ecological observations are also supported by findings of cohort studies and clinical trials examining the association between raised blood cholesterol levels and CHD. A meta-analysis of prospective cohort studies involving over 900,000 adults shows a linear association between blood cholesterol concentrations and CHD mortality. Numerous high quality experimental trials have provide unequivocal evidence that dietary saturated fat raises serum cholesterol concentrations in comparison to poly and monounsaturated fat, although not in comparison with refined carbohydrate, and clinical trials show that cholesterol lowering with drugs reduces CHD risk.

We agree that more high quality research is needed to properly understand the role of dietary fats in CHD (and stroke). Such research also needs to clarify if foods high in particular fatty acids also have other beneficial or problematic aspects (e.g., the problem of mercury accumulation in some fish species and also the sustainability of modern fisheries).

But given the overall evidence at the present time, we still think the best advice in national guidelines is to reduce the intake of saturated fats and to replace this with healthier fats, ideally with more omega-3 polyunsaturated fats (e.g., from fish, flax seed and nuts etc). Governments should also state more clearly that replacing saturated fat with refined carbohydrates is very likely to be hazardous to health.