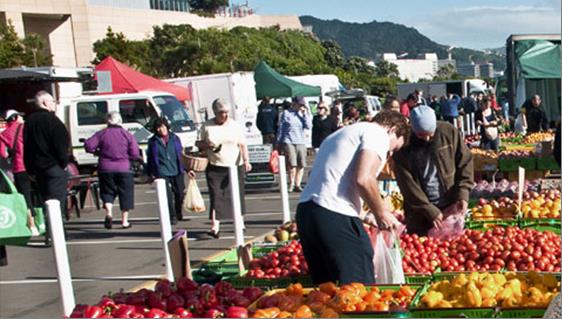 Food prices matter for determining access to healthy food – and so we studied fruit and vegetable prices in two NZ cities in this newly published article in PLOS ONE. In this blog post we elaborate on some of the details, including the finding that prices were generally lower at markets compared to supermarkets (with a family of four potentially saving up to $49 per week by buying at markets compared to from a supermarket). We also consider what else that central and local government could do to facilitate use of such markets. 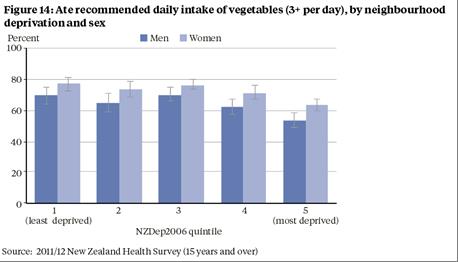 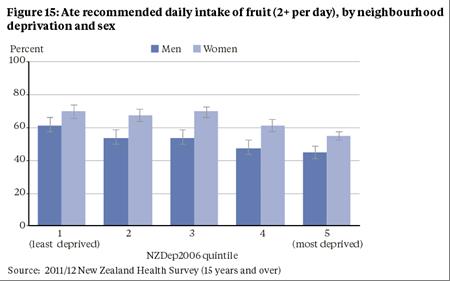 The reality is that it isn’t always easy for low-income families to buy enough fruit and vegetables because of high prices. So, we set out to explore fruit and vegetable prices at a range of different types of outlets in the New Zealand setting. We surveyed supermarkets, farmers’ markets (which use local growers), other fruit/vegetable markets (which don’t require local production) in Wellington and Christchurch. We also studied prices at a national online supermarket.

In total we systematically collected 3120 prices during early 2013, with our method focused on identifying the lowest available prices. We found that commonly purchased produce such as apples, oranges, broccoli, cabbage, carrots and tomatoes were on average significantly cheaper at fruit and vegetable markets compared to supermarkets in both cities. 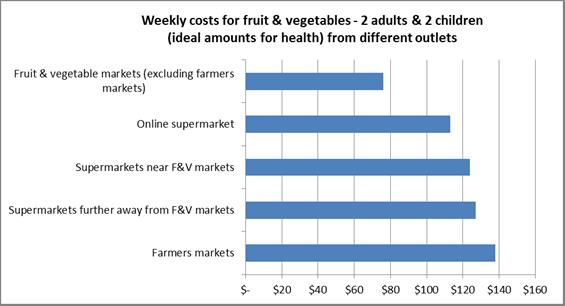 While “farmers markets” were the most expensive source on average, these could still have relatively low cost fruit and vegetables on occasions, and the nature of these markets varied widely (eg, in the amount of “organic produce” for sale). These markets also provide citizens with the option of buying food that is certain to be locally grown and have potential other benefits. That is while a recent systematic review found that there is no clear evidence for extra nutritional benefits from organic food, the review did conclude that “consumption of organic foods may reduce exposure to pesticide residues and antibiotic-resistant bacteria”.

One way to overcome the cost barrier to fruit and vegetables is for local and central government in NZ to explore following the approach of some US jurisdictions where fruit and vegetable discount vouchers are provided to low-income people. If these could be used at markets, then this can help support local growers and distributors as well – so it may be good for the regional economy and for regional employment. Another approach is for local government to increase support for fruit and vegetable markets in various other ways – something that some Councils in parts of the country have already done eg, by providing free space for holding markets. There is also scope for further optimising where farmers markets are best located in NZ, as per another study we published recently.