As part of influenza pandemic readiness, NZ has a 32 million dollar stockpile of

antiviral drugs. But given recent evidence from a new Cochrane systematic review – NZ policymakers should probably now carefully review this approach. This blog discusses some of the new evidence and suggests options for a review process.New Zealand seems to have done a fairly good job of influenza pandemic planning as per a previous review just before the 2009 pandemic. This planning may have contributed to some of the favourable features of the health sector response to this 2009 pandemic (reviewed here in the NZ Medical Journal) – albeit a relatively mild pandemic compared to previous ones. Part of the NZ Ministry of Health’s current planning includes stockpiling of antivirals. This stockpile includes more than one million doses of oseltamivir (Tamiflu) and 300,000 of zanamivir (Relenza), costing $32 million.

What is new (and recently covered in the media) is the evidence from a recent Cochrane systematic review around the effectiveness of these antivirals. This review benefited from the inclusion (after a long process of requesting them) of “107 clinical study reports from the European Medicines Agency (EMA), GlaxoSmithKline and Roche”.

The review reported a fairly modest benefit from the treatment of adults, “oseltamivir reduced the time to first alleviation of symptoms by 16.8 hours”. Also “zanamivir reduced the time to first alleviation of symptoms in adults by 0.60 days”. But in terms of hospitalisations, the treatment of adults with oseltamivir had no significant effect on hospitalisations and zanamivir hospitalisation data were unreported. Furthermore, the Cochrane review authors documented the relative harm from antivirals eg, “the use of oseltamivir increases the risk of adverse effects, such as nausea, vomiting, psychiatric effects and renal events in adults and vomiting in children…”.

Debate about the findings of this review and other evidence for and against antivirals being worthwhile have been included in the last two issues of the British Medical Journal – and might continue for some time yet. There is also discussion about the story of anti-influenza drugs being one of “multisystem failure” with trial 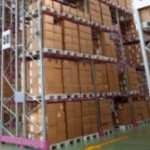 But what should NZ policy-makers do now?

Until we have a highly effective universal vaccine for all influenza subtypes, there will be continuing pressure to stockpile pharmaceuticals that offer hope of protecting individuals against new pandemic influenza viruses (and for treating them), particularly for health care workers and other vulnerable groups. As much as possible, such ‘hope’ needs to be evidence-based, and revised as new knowledge becomes available.

So given the large cost of the antiviral stockpile to the NZ taxpayer and the need for the public and health workers to have confidence in any antiviral stockpile, it is probably desirable that NZ health authorities conduct a thorough and transparent review of the evidence around the use of antivirals for influenza prophylaxis and treatment. This review could address the following issues:

Finally, NZ policy-makers might wish to take this opportunity to consider further upgrades to pandemic planning. In particular, it would be good to see modelling work that assessed the scope for imposing temporary restrictions at national borders and internal borders (eg, between the North and South Islands and offshore islands). New Zealand’s border screening used in the 2009 influenza pandemic appeared to have been relatively ineffective, so improving these processes should be a key priority. Such control could buy time to prepare better or reduce peak effects during an influenza pandemic (and reduce the risk of health services being overwhelmed). Such planning could also inform responses to other pandemic agents – including any future genetically-engineered bioweapons.