As a strategy to reduce harm from alcohol, there is growing interest internationally around the setting of minimum prices on alcohol. In this blog we review a paper just published in the Lancet on this approach. We also consider the potential implications for New Zealand around combining minimum pricing with increases in alcohol excise tax.

Last month Justice Minister Collins rejected a minimum pricing policy for alcohol. Citing reasons of: “no compelling evidence that increasing the price of alcohol is the correct approach”; hitting moderate drinkers as well as heavy drinkers; and just creating a profit windfall for the alcohol industry. The latter point is difficult to disagree with (unless the minimum price is achieved through tax alone), however the evidence that a minimum price policy on alcohol prevents harm (and reduces health inequalities) appears to be stronger than Collins attests. 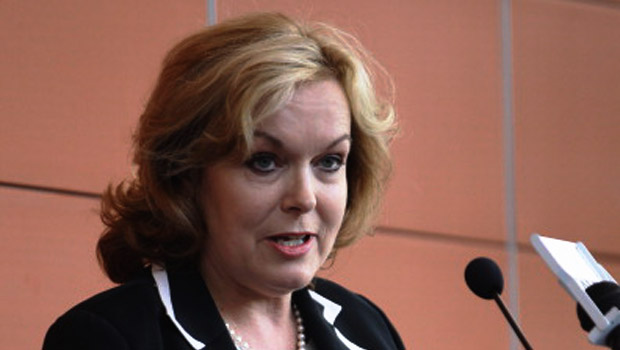 One of the new pieces of evidence is a paper just published in the Lancet on minimum pricing. This study was undertaken in the UK where there was a recent political U-turn on a proposed minimum pricing policy. The study assessed the impact of a £0·45 minimum unit price (about 90c NZ) on alcohol consumption by socioeconomic group in England. To do this, they first estimated how alcohol consumption varies with price using econometric models (i.e. price elasticities, as we have blogged about previously for food). Importantly, they also estimated price elasticities by socioeconomic group. Second, they then used epidemiological models to link changes in alcohol to morbidity and mortality.

Moreover, this Lancet paper found that “Individuals in the lowest socioeconomic group (living in routine or manual worker households and comprising 41·7% of the sample population) would accrue 81·8% of reductions in premature deaths and 87·1% of gains in terms of quality-adjusted life-years.” In the public health field, we seldom see policy packages that have such a notable impact on reducing health inequalities. [** Further comment at end].

This paper in the Lancet strongly suggests health benefits will arise from minimum pricing of alcohol, especially for low income hazardous drinkers.

All such modelling studies have limitations and should be treated with a measure of scepticism. But careful modelling often provides the best evidence we have to make decisions in the context of uncertainty. Nevertheless, in this case we also have real-world evidence in that in British Columbia, government-controlled liquor outlets have had minimum pricing based on volumes of beverages (rather than units of alcohol) for many years. Recent evaluation shows increases in the minimum price between 2002 and 2009 were associated with immediate as well as delayed decreases in alcohol-attributable mortality.

The Report prepared by the NZ Ministry of Justice (that Minister Collins was responding to) also concluded that a minimum price (either $1 or $1.20 per unit) would result in substantial net savings to society ($318 and $624 million over ten years, respectively). But the report also recommended against a minimum price of alcohol for reasons such as increasing profits to the alcohol industry, hitting non-harmful consumers as well (but see above Lancet paper) and challenging implementation issues. The Report suggested waiting to see the evaluations from countries such as Scotland that have recently implemented a minimum price.

The discussion about whether minimum unit pricing is likely to be effective policy for New Zealand depends on the outcomes that are considered. The government’s analysis is focused only on whether the policy will deliver reductions in alcohol consumption by the heaviest drinkers, without increasing the cost of the cheapest alcohol to those who don’t drink so much. This is to misunderstand the range of benefits that can be attained by reducing alcohol consumption in all drinkers, and to undervalue the reduction in adverse effects of other people’s heavy drinking.

If we want the improvement in health and social outcomes that can be achieved by a reduction in alcohol consumption across the whole population, to have policy that disproportionately affects the heaviest drinkers is a bonus, rather than the sole target. To have policy that reduces health inequalities is even better. And combining minimum unit pricing with increases in excise tax will result in a large decrease in consumption that preferentially affects the heaviest drinkers and least well-off. This combination would also allay fears of the industry benefiting financially from new policy. While the NZ report says it is unclear who would get any increased revenue, the Australian investigation into minimum pricing is quite clear that it would be the supermarkets and large liquor stores. But this could be offset by the substantial reductions in consumption that predictably follow increases in excise. It is lack of effective regulation around both price and supply that currently makes alcohol sales so profitable.

The importance of the Lancet paper for New Zealand is that it demonstrates how the policy is likely to play out if the purchasing patterns of UK drinkers are similar to NZ. The 2012 survey of NZ alcohol purchasing patterns commissioned by the Ministry of Health showed the heaviest drinkers did buy more low cost alcohol in NZ, although as expected, this was not exclusively the case.

Concern over the effects of policy on drinkers other than those with the most harmful patterns is only warranted if reduction in consumption in these groups and the consequent health benefits are considered a poor outcome. Many harmful effects of alcohol have no threshold. For example, the leading cause of alcohol-related death in NZ women is breast cancer,and a woman who drinks two small glasses of wine a day has a 10% higher risk of breast cancer than a woman who has one. There are also substantial secondary benefits from reduction in other people’s drinking in the community – all for the price of giving up very cheap alcohol. These benefits include reduction in the risk that you or someone close to you will be injured by a drinker, the reduction in vandalism, disorder and intimidation in neighbourhoods and urban centres, and the large economic benefits to the country through reduction in healthcare costs and responses to crime.

It is difficult to understand the government’s decision when the Ministry of Justice report appears to appreciate the evidence-base for minimum unit pricing. Also the evidence from Sheffield and British Columbia have been available for some time. When the British government reneged on its commitment to introduce this policy in July last year, Prof Sir Ian Gilmore, chairman of the Alcohol Health Alliance UK, said the government had “caved in to lobbying from big business and reneged on its commitment to tackle alcohol sold at pocket-money prices“.

A minimum price for alcohol could be good for public health, reduce health inequalities and even save tax payer costs (health costs, crime costs, and justice system costs). This has to be weighed up against the risk of profits going to the industry (if the package is designed poorly) and implementation issues. We think the former outweighs the latter.

Footnote: ** We believe this is an important finding – population wide prevention programmes that address risk factors and diseases/injury that are more common in lower socioeconomic groups have an impressive ability to reduce health inequalities. This is often not acknowledged, due to one of two mindsets: policies focusing on risk factors tend to benefit the well-off only (while often true for education programmes, not necessarily so for population-wide programmes that change the living environment); we should move upstream to social determinants (fair enough for a range of reasons, but health inequality reduction can still occur without having to radically change underlying social determinants.