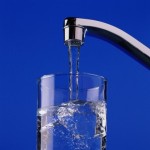 The recently published Report on the safety of water fluoridation (Royal Society of NZ & the Office of the Prime Minister’s Chief Science Advisor) gave a green light for expanding water fluoridation in New Zealand given the scientific evidence for health benefit and safety, reduction in inequalities in oral health, and the cost-effectiveness. This blog post goes further to explore what else could be done to maximise the benefits of fluoridation for the oral health of New Zealanders.

The new Report [1], provides an updated review of the evidence for safety and benefit of community water fluoridation (CWF) based on published scientific literature. It also details studies (including one from NZ [2]) showing that this is a cost-effective intervention, indeed one that is often cost-saving given the prevention of future dental care costs. The review is notable for including some high quality studies from NZ (e.g., evidence from a longitudinal study [3] that exposure to CWF is not associated with adverse impacts on child intelligence). The report discusses mild dental fluorosis as a potential downside of CWF, but notes that the occurrence of this cosmetic problem in NZ is similar between fluoridated and non-fluoridated communities, “confirming that a substantial proportion of the risk is attributable to the intake of fluoride from sources other than water (most notably, the swallowing of high-fluoride toothpaste by young children)”. The size of the oral health burden is also nicely contextualised in this report – eg, three quarters the size of the health loss from prostate cancer and two fifths that of breast cancer (based on the disability-adjusted life-years metric used by the Ministry of Health’s burden of disease study [4]). A significant proportion of this oral health burden, for both children and adults, could be prevented by expanding CWF.

How could community water fluoridation be expanded further in NZ?

Despite the benefits, only around half the NZ population live in areas with fluoridated water supplies – a level that has hardly changed for two decades. Some of the larger centres without CWF include: Whangarei, Tauranga, Rotorua, New Plymouth, Whanganui, Napier, Nelson, Blenheim, and Christchurch [1]. Various potential ways to address the situation are detailed below:

Given the benefits to the community (and the savings to taxpayers who pay for child dental care costs) there would seem to be a clear role for central government. This role could logically cover fully paying Councils for running CWF and to have a law requiring it as a default option (in all water supplies of 1000+ people). The exceptions could be unless a referendum in the relevant area showed a majority of people were against CWF. An alternative (or subsequent addition) would be a requirement to have a proper scientific survey (to account for those who don’t participate in referendums) of a random sample 1000+ adults in the region, run by Statistics NZ. If such a survey showed a majority favoured no CWF, then that would determine the outcome (possibly with a routine 10-year review period).

Of note is that a stronger central government role has been argued for by the NZ Medical Association [5], and in the editorial pages of various papers (eg, this one [6] and this one in the NZ Herald [7]). A major Health Select Committee report (the 2013 Report on child health [8]) also recommended a shift in responsibility for CWF to the Ministry of Health and District Health Boards. The latter approach would be an improvement on the current situation (entirely up to local government decision-making) – but probably not as ideal as the full central government approach described above.

So that the public can make informed decisions in any referenda, it is ideal if there is informed discussion around issues of health benefits and risks, health inequalities, and cost issues. Research around the knowledge gaps in regions without CWF may help inform how best to design future informational campaigns. There might also be a place for a citizen jury to consider the issues (see a recent systematic review of such juries [9]). Of relevance to oral health, a citizen jury in Australia recently considered the issue of taxing soft drinks (and favoured it) [10].

For areas which don’t currently have CWF, central government could run mass media campaigns to provide information for public decision-making at any referenda. That is information on the safety aspects of CWF and the benefits – for children and for adults (health benefits and dental cost savings). But such campaigns would ideally be evaluated carefully for effectiveness and cost-effectiveness – and only continued if they meet these criteria.

Consider research around the use of fluoridated salt in selected areas

Despite the above actions, there may still be areas where CWF is not accepted by a majority of the community – even after mass media campaigns that provide information. Hence there could ultimately be a case for making fluoridated salt available to the NZ market (an approach that is used in Germany, Switzerland and widely in Latin America [11]). Research could clarify if this was a feasible option for NZ e.g., in terms of such options as:

What else for improving oral health?

Of course expanding CWF is just one possible strategy to improve oral health. Others include:

Given this new Report, now is a good time for further policy development around expanding CWF in the NZ setting. Fortunately there are a range of feasible options that could be explored by central government.

Declaration: The author was an unpaid panel member involved in the new OPMCSA/Royal Society Report on fluoridation [1]. He previously authored a report on CWF for the Public Health Commission [14].

0 Responses to “How might NZ expand community water fluoridation?”