What does Victoria University have in common with Stanford, the Australian National University and the British Medical Association? They have all decided in the last few months to sell off their interests in fossil fuel companies. In this blog post we briefly explore the arguments around such disinvestment from a public health perspective.

To understand why these organisations are disinvesting, check out the Synthesis Report of the Intergovernmental Panel on Climate Change’s 5th Assessment, released on November 2. This sums up the thousands of pages written by three Working Groups on climate sciences, impacts and adaptation, and mitigation and published earlier in 2014.

The headline statement is that “substantial reductions in emissions are required in the next few decades to restrict global warming to no more than 2 degrees C above pre-industrial levels”.

You have to dig into the body of the Synthesis Report to find out just what is meant by “substantial”. Essentially, emissions of carbon dioxide and other long-lived greenhouse gases must be halved by 2050, and reduced to near zero or negative by 2100.

This will be a huge challenge given that global emissions have almost quadrupled since 1950, are still rising year on year, and indeed, the last decade saw the steepest increase ever. But there have also been very important advances in alternative energy sources.

Facing the prospect of an energy revolution, one that turns the old model of carbon-heavy development on its head, surely it makes a lot of sense to withdraw investments from the fossil fuel industry?

In the case of fossil fuels, the responses to such objections might go along these lines.

1. Is it really true that best-possible yield is the over-riding objective? On those grounds, why not invest in tobacco, loan sharking, pornography and other profitable but socially questionable industries? Surely investment has an ethical element.

2. Regardless of the first point, it is doubtful whether putting money in the fossil fuel industry is the best bet financially, given the risk of “stranded assets” in a post-carbon era. It has been estimated that 60-80% of current coal, oil and gas reserves must be left in the ground to give us a reasonable chance of restricting warming to 2 degrees C.

3. Moral jeopardy is a continuum, not a dichotomy. This is as true of investment as other aspects of life, and we need to take a thoughtful approach that avoids being locked into “all or nothing” positions (1).

4. Divestment is just one strategy, not the whole solution, but that doesn’t mean it is not worth doing.

There is another objection to divestment from fossil fuels that has its basis in public health. In its crudest form, the argument runs that cheap fossil fuels are needed to lift billions of people out of poverty and to give them the life chances (including prospects of good health) that populations in high income countries now take for granted. PM Tony Abbott has justified Australian coal exports on these grounds, declaring “coal is good for humanity”.

It is true that the unprecedented wealth and living standards enjoyed by countries like the UK, Australia and New Zealand were partly built on the back of cheap oil, gas and coal. But this doesn’t mean that the only route to social and economic development in the 21st century is a re-run of the industrial revolution of the 19th century. Remember that public health took a step backwards in the UK in the 1800s, before advancing two steps when the problems of urban air pollution were overcome in the 1900s. We may be seeing a repeat of this situation now in China, where coal-fired air pollution is choking the big cities and, according to one estimate, sacrificing 5.5 years of life expectancy in the north of the country (2).

It is common to equate consumption (of energy and other goods) with living standards, but this is a mistake. A recent review of the climate impacts of poverty eradication observed that greenhouse emissions and energy growth are not tightly coupled with human development (3). There is a crucial distinction here, the authors argued, between boosting affluence (which means more consumption) and poverty alleviation (which entails meeting basic human needs). If we focus on the second goal, overcoming poverty, then it is apparent we can choose between a range of low-carbon routes to better living standards and improved health.

Are all fossil fuels the same? In health terms, they clearly aren’t. We have referred already to the impact of coal burning on public health in China, and the damaging effects of local pollution from this particular fuel are seen elsewhere. For instance, a review of 41 low- and middle-income countries found that increasing use of coal was associated with higher infant mortality (4). On the other hand, an op-ed in Forbes Magazine in May 2014 claimed there was a petroleum product that could save millions of lives each year. This is liquefied petroleum gas (LPG), and the argument is that LPG offers the best solution, in the short to medium term at least, to the problem of indoor air pollution from burning biomass (including wood, dung, and coal).

So is divesting from fossil fuels good for public health? The case is clear for coal, we argue (5). This particular fuel is a risk to global climate security and local air quality, both of which are potent threats to public health, and there are other, lower-carbon routes out of poverty, world-wide. For all these reasons, coal does particularly poorly, in our view, as an ethical investment.

It is true that other fossil fuels will be needed, for the short and medium term, to meet basic human needs and promote health, in many parts of the world. But there is a bigger picture to consider. After all, “there is no place to move to should we degrade our biosphere to the point where it can no longer meet our needs and sustain our economies” writes Tony Juniper (6).

In this bigger picture, the most important thing to do is to promote clean, safe and affordable sources of energy that are available to everyone. If the fossil fuel industry is not advancing this particular goal, then there is good reason, on public health grounds, for divestment by public organisations and indeed all investors. 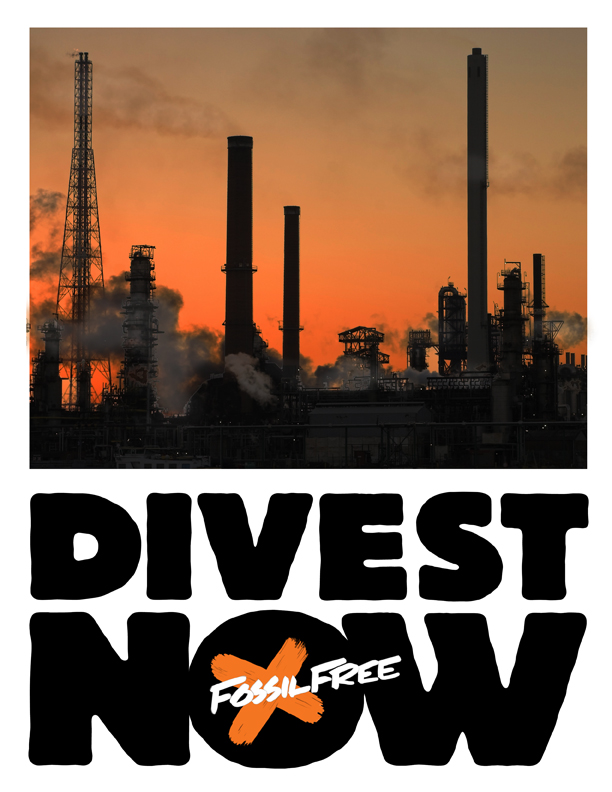 0 Responses to “Divesting from fossil fuels – is this good for public health?”