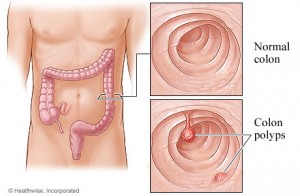 The US health system is renowned for doing things fully – many would say ‘over the top’ with diminishing marginal returns. One possible exception is colorectal cancer screening. A recent review of screening programmes, by public health practitioners, cast out the majority of screening programmes we embark upon in health as of marginal benefit and/or cost-effectiveness. The exceptions for disease-specific mortality reductions were for: ultrasound for abdominal aortic aneurysm in men; mammography for breast cancer; and faecal occult blood test and flexible sigmoidoscopy for bowel cancer. But let’s focus on bowel cancer screening.

Bowel cancer screening – like cervical cancer screening – has the major advantage of also detecting preclinical disease (i.e. polyps), removing them, and therefore lowering incidence rates. (Compare this to breast cancer screening where (mostly) one is trying to detect cancer and treat it earlier). The best way to detect polyps is to look, namely with colonoscopy. Most bowel cancer screening programmes do not directly look, but rather test for blood in the stools with a faecal occult blood test (FOBT). Over time, with several FOBTs, such bowel cancer screening can still be very effective as one has multiple occasions to detect bleeding over the duration of time it takes for a polyp (or early cancer) to grow. When the US Preventive Services Taskforce compared different approaches to bowel cancer screening, they concluded that colonoscopic screening every ten years and high quality FOBT based screening every two years were similarly cost-effective, while screening based on flexible sigmoidoscopy was somewhat less so. Indeed, in our Research Programme (BODE3) we have nearly got final results on “quality-adjusted life-years” gained and net health system costs for FOBT (immunochemical) colorectal cancer (CRC)  screening, and these preliminary results are impressive. FOBT CRC screening appears highly cost-effective, even cost-saving to the NZ health system in some age groups. More of this in a few months (after the work has been peer-reviewed and published).

But back to the US situation, and using colonoscopy screening right up front – not just after a positive FOBT. Colonoscopy is not cheap at about US $1000 per event. But it has advantages: the much higher sensitivity for detecting polyps and early cancer as mentioned above; and the fact that you only need screening once every 10 years, or even just once in a lifetime at (say) age 50. It also has disadvantages: the need for a large workforce of skilled health workers; inconvenience and complications of pre-procedure bowel preparation, and potential complications of bleeding and perforation (associated with a small risk of death). So where does the newly published JAMA study by Meester et al contribute to all this? They show that the cost-effectiveness of screening varied according to the quality of the colonoscopy procedure measured using the adenoma detection rate (ADR), with a higher rate suggesting a more thorough screening procedure. They found that with the highest ADRs, bowel cancer incidence was reduced by a staggering 63% from 34.2 to 12.5 tumours per 1000 people. Even with the lowest ADR, bowel cancer incidence reduced by 22%. However, high ADR practice colonoscopy also comes with higher complications, from 6.0% to 8.9% from low to high ADR practice.

Using the data from Meester et al, we calculated the cost-effectiveness ratios for colonoscopy based screening with different ADRs (see table below). Not bad, actually. Using a rule of thumb that it is ‘reasonable’ to spend the equivalent of GDP per capita per quality-adjusted life-year (QALY) gained, this might be a good use of public health dollars. (It will, in all likelihood, cost more per QALY gained, than per life-years gained, but not hugely more.) And the cost-effectiveness (using life-years gained) improves with increasing ADR.

So what are the implications for New Zealand? Bowel cancer incidence and mortality are higher in New Zealand than nearly any other OEDC country. Almost every other similar OECD country has population-based bowel cancer screening. We still do not have commitment from the Government for a nationwide population-based screening programme in New Zealand. This is poor decision-making from a public health perspective. The Government has made a political decision to extend the pilot programme in Waitemata rather than planning for a national roll out. There are no good reasons articulated by Government for this.

Should New Zealand be using one-off colonoscopy screening as in this US study? No. Or at least “not yet”. We simply do not have the capacity for it. Moreover, it would make more sense to sustainably and ‘with quality’ roll out the current FOBT pilot (in Waitemata) nationally. But in the future, screening with colonoscopy may be a natural progression, be it for those who opt into such a programme rather than FOBT testing. But for now, it should be about getting FOBT up and running for the right age groups based on health gain and cost-effectiveness – which we will publish about soon and blog about when published in a journal.