Spring hasn’t quite sprung down here in Dunedin, but it’s definitely on it’s way. I’ve just mowen the lawns for the first time in, well, a little while and the garden is full of hints that the days are getting longer and warmer. Two of the traditional Kingdoms ignored by The Atavism are are kicking into reproductive mode: 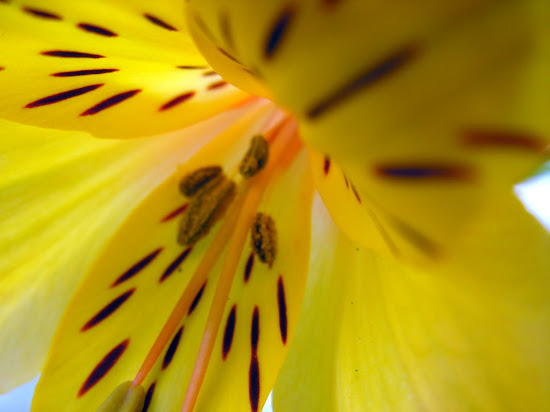 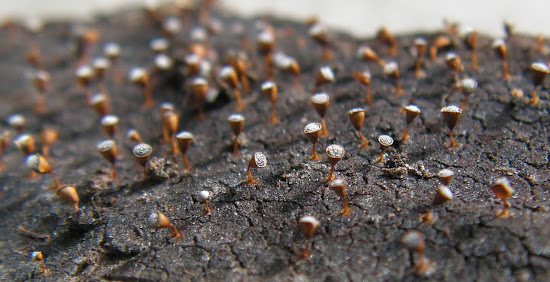 As you might imagine, I like my harbingers of spring to be a bit more mobile than plants or fungi and a bit more spineless that lambs or swallows. Nothing says spring to me like the low drone of bumblebee queen. Bumblebees can’t stand the winter across most of New Zealand, so each bumblebee nest puts it’s entire investment in the next flower fulled sumer into a few queens and a few males (bumblebees are like honey bees in that all the workers are female). At the end of one summer the queens fly out, mate, then find a warm dry spot to hibernate through the winter. Right now our garden has two or three big fat queens scoping out every nook and cranny, hoping to find a spot to set up a new nest.

Here’s one unfortunate queen who stayed out too late last night, I found her on the lawn drenched by dew and too cold to move. 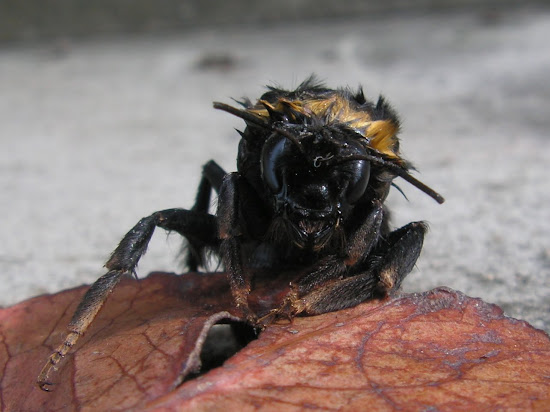 She’s spent about an hour now on a sunny step and has started to walk about and vibrate her wings, I imagine she’ll be on her way soon. Obviously, I couldn’t resist the opportunity to get some closeups from a model that was unlikely to get away. I had plenty of opportunities to photograph bumblebees last summer, because we had a nest in our garden. I got tonnes of photos of the workers out collecting nectar and pollen: 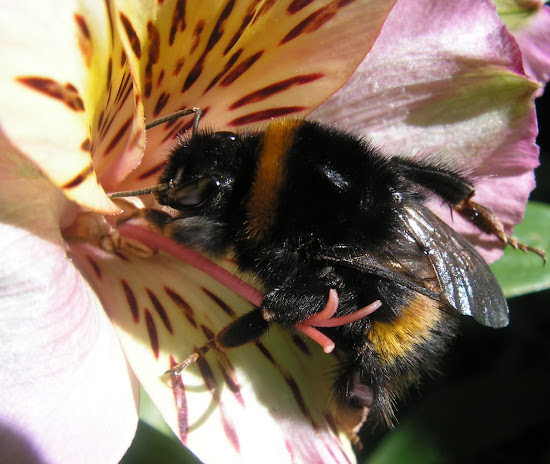 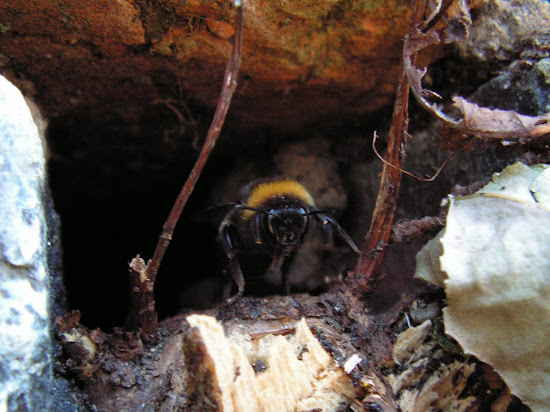 But i have to admit those “good” shots were vastly outnumbered by out of focus blurs, like this one that looks like to could be the last photograph I took before I was overcome by a swarm of angry bees: 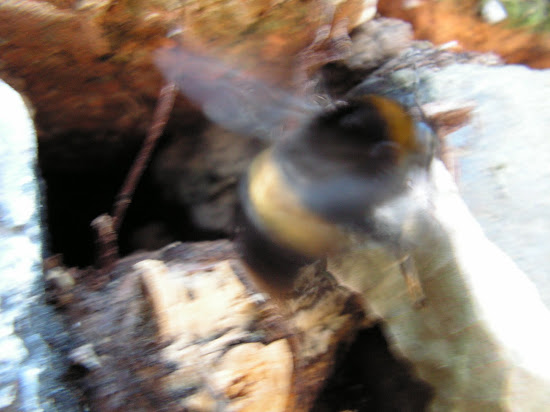 For the record, bumblebees can sting (there is an urban myth about them biting, but you can ignore that) and by all accounts you’d rather not be stung by one. But they aren’t at all aggressive, this one did fly into my camera but then it just buzzed off to the next flower.

Now, if you’ll excuse me I might get back out to the garden…