I think our backyard’s bugs are on to the fact that they are sometimes the subject of posts here at The Atavism. Take last week, it’s been months since I took those photos of a leaf veined slug and I hadn’t seen another since. But then, wandering home in the dark this week I spotted this eerie outline through a black-lit leaf. 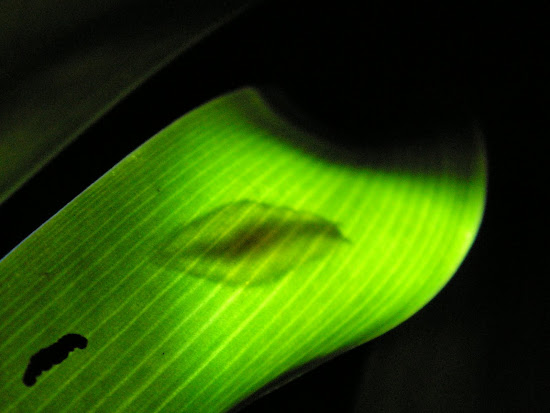 The eerie outline belonged to another leaf veined slug. To help me with another project I might talk about here at some stage, I promptly chucked the slug in a bucket with a nights worth of leaves graze on. Which also gave me a chance to photograph the slug in some nicer light. 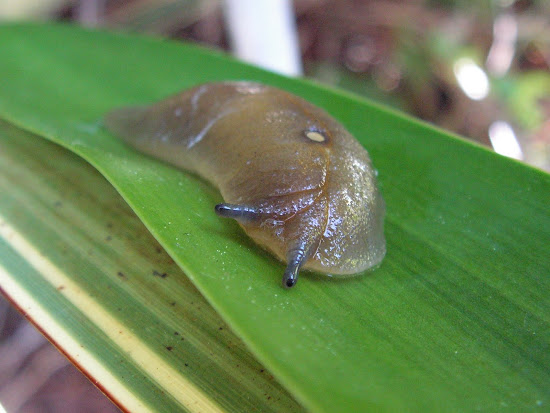 Before it made it was back to a nice dark retreat somewhere in a native flax (Phormium) bush: 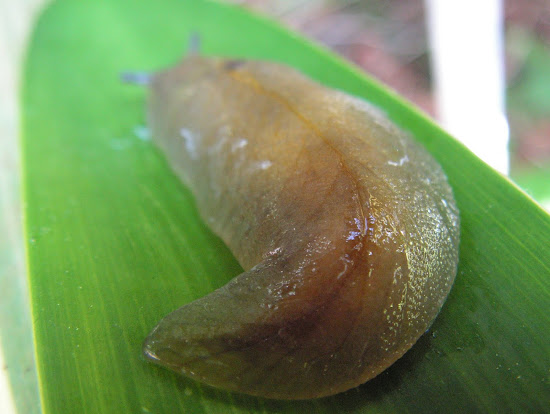 But the one that really spooked me were those little green spiders I really ought to have sent away to someone who knows their spiders. As soon as I’d submitted that post I stuck my head into that horrid agapanthus and was amazed to see two new green spiders. Over the months since then I’ve been keeping an eye on them, and there are now about 15 of them eating aphids, spinning retreats and generally hanging out in the sun. 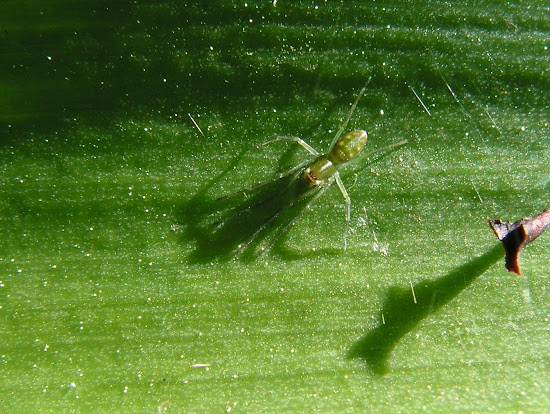 So, it was time for me make a sustainable harvest. On Friday afternoon I grabbed a paintbrush, a few vials of 95% ethanol and some waterproof paper so I could catch, preserve, and document a few of these spiders and send them to Phil Sirvid at Te Papa who is interested in working out which name these guys should have which will in turn hopefully make the observations I continue to make of this thriving little population a bit more useful. 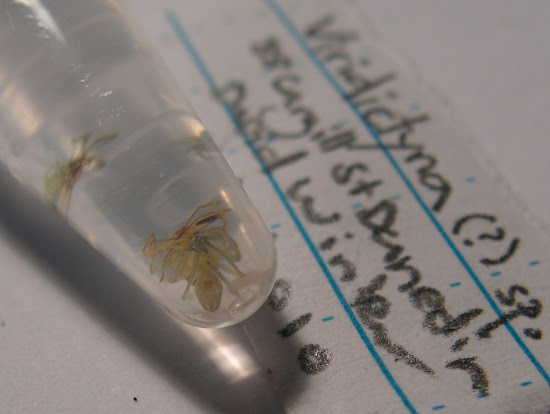 0 Responses to “Sunday Spinelessness – Blog them and they will come”