I don’t claim to be a great photographer, but I do feel a little smug about today’s photo. But it’s not even the photo itself that gives me an misplaced sense of satisfacton.

Let me explain, the photo was taken inside the rain forest exhibit at the Vancouver Aquarium. Than aquarium is a big tourist attraction, and there were tonnes of people moving through the various displays the day I was there. The crowd in the rain forest in particular was moving pretty slowly, as people tried to capture the the photos of the ibises, marmosets, turtles and other charismatic mega fauna. There were also Costa Rican butterflies in the rain forest enclosure, and you won’t be surprised to learn I was more interested in photographing those than anything else (though I did photograph a few vertebrates that day). A few other photographers showed a little interest in the butterflies, mostly getting the standard butterfly portrait, a top down shot of the insect with its wings open: 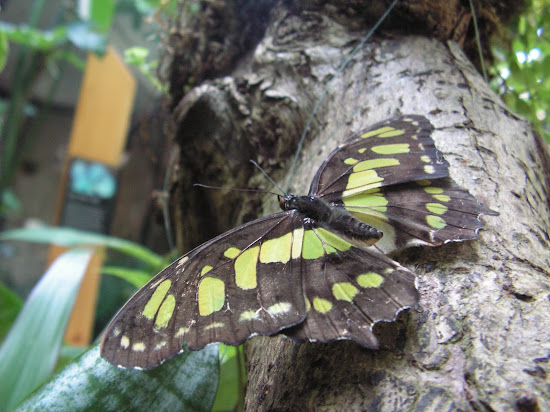 There’s nothing wrong with the standard butterfly portrait, but I thought the way this guy was set up on his branch can an opportunity for a slightly more interesting shot. So, being far to far from home to feel the least bit embarrassed, I braced by myself by swinging one arm around the butterflies branch, balanced the camera in front of the subject and (with my feet just dangling above the ground) took some photos: 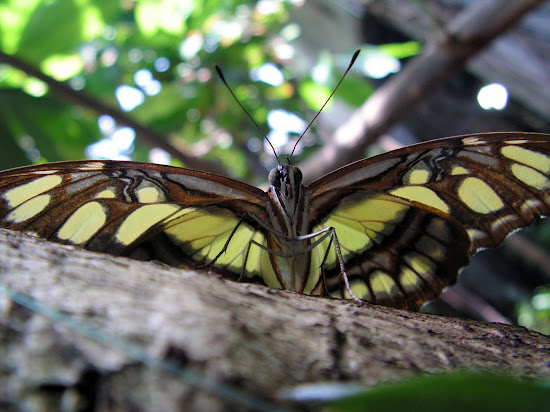 I was quite chuffed with the result, but I was even more pleased when I looked back a few minutes later and saw the photographers who, having foresaken the ibis and the marmoset, had lined up to photograph the same butterfly. Score one for the spineless!

(If you were wondering, I’m pretty sure the butterfly is the Nymphalid Siproeta stelenes)

0 Responses to “Sunday Spinelessness – Another Angle”