Lately I’ve been trying to reclaim a little of our garden from the weeds that claimed it for themselves over the winter. My dedication to weeding is not absolute, and instead of diligently tugging each weed out seperately I almost end up plucking the big ones then driving my hander und the soil to disturb the roots of the smaller ones. That method is bad news for the wolf spiders that live in and around the bark we use as mulch in the garden.

Wolf spiders are reasonably large hunting spiders, and at this time you can see one of their defining characteristics. Female wolf spiders carry their egg sacs around with them. I’m not sure how many times I’ve knocked over a piece of bark and seen a few legs and an abdomen ducking for cover: 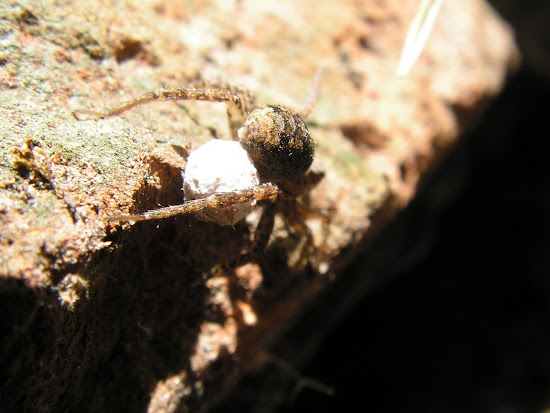 But I’ve only managed to start a fight once. Last weekend I upset a piece of bark with two wolf spiders hiding under it, and in the commotion that followed one of them lost her egg sac. For the next five or so minutes, a fierce fight broke out between the two spiders. Guilty as I was about having started this fight, I managed to record a little of it: 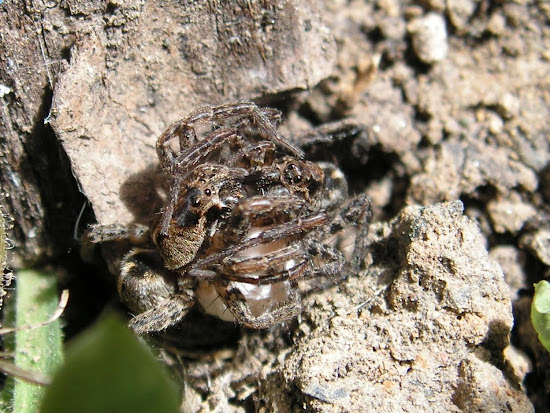 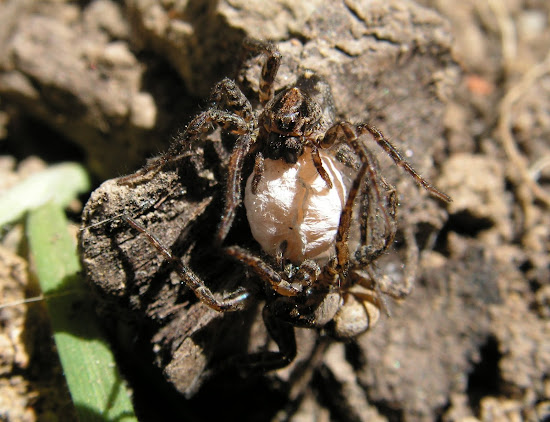