I think I’ve already said that the jumping spiders (family Salticidae) are my absolute favourite group of spiders. As much as I like the Dictynids I’ve been observing in our agapanthus, if I was asked to pick the group that took the next biggest place in my heart I’d have to go for the crab spiders (family Thomisidae). I’ve written about these spiders before, so it you want the run down on the biology of these ‘sit and wait predators read those posts, today I’m just showing off some photos of a partcularily striking crab spider I found hiding under a banana leaf in Vanuatu: 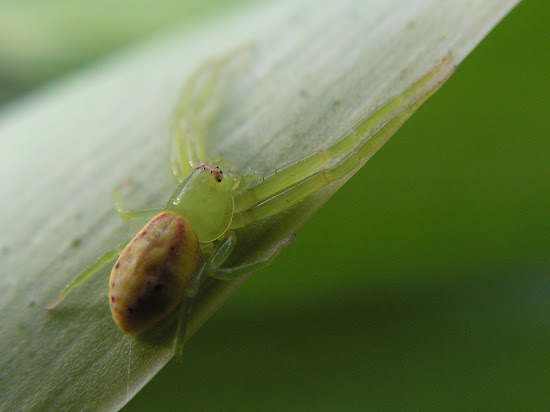 If you look closely at those enlarged “raptorial” forelegs you can see downward-facing spikes which are used to increase the spider’s grip on any creature foolhardy enought to fall within their grasp: 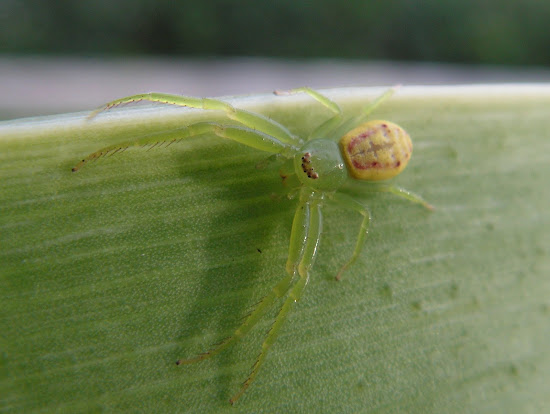 One of the reasons I like jumping spiders so much is they really show no fear when it comes to humans. Most spiders, despite their reputation, will run away when faced with a someone snooping around their hiding place, whereas jumping spiders very clearly eye you up as possible meal. Crab spiders aren’t quite so outgoing, but they aren’t timid either. This one got fed up with me holding its leaf up to get a photo, and decided instead to attack the camera lens then run up my arm. Whe even that approach didn’t keep the camera out if its face I got a very clear threat signal: 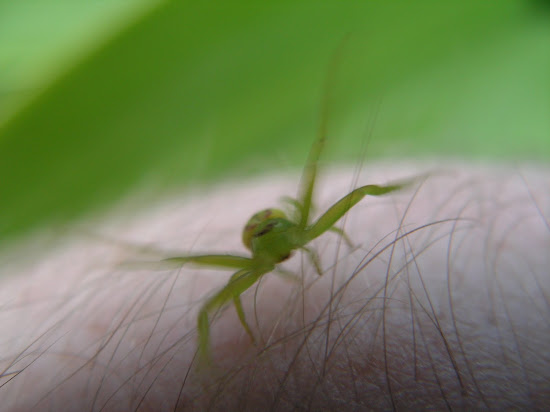 One day I going to run a whole set of out of focus photos of bugs attempting to attack my camera, but for now I have other work to do!