I was going to start this post by saying taxonomy has a language of its own, but that’s not really true. Taxonomy just has a whole lot of Latin. When I’ve given talks in schools, I’ve almost always been asked why scientists insist on giving creatures those strange Latinised names. The answer is, we need names that anyone anywhere can recognise and pin to particular species or group. A common name like “black bird” might make sense in conversation in New Zealand, but in other circumstances it could refer to a single species (Turdus merula), the five species that make up Turdus, or a whole bunch of species in the new world family Icteridae. When taxonomy really got started Latin was the language which scientists from different countries used to speak to each other, so modern taxonomy follows Linnaeus in using Latinised names.

But the Latin terms used by taxonomists don’t stop with names, if you thought they were difficult to understand you should open a taxonomic work. The first time I did I was lost in a sea of lecto-, neo- and allo-types; homonyms junior and senior and Nomina nuda, obltum and protectum. The title of this post, Incertae sedis is another of those strange taxonomic terms and translates as “uncertain placement”. Most big taxonomic reviews include a few species the author is certain are well defined, but hard to place into a higher group. Those species get placed under the heading Incertae sedis. 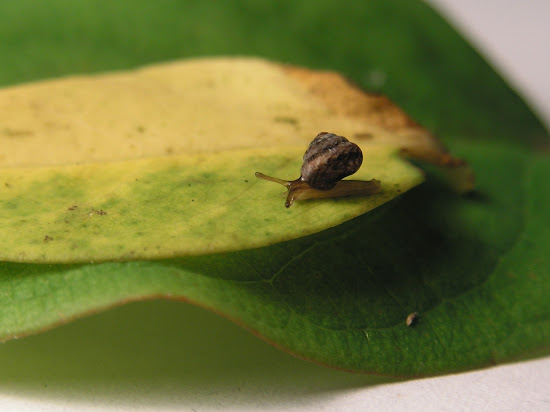 I found this guy (actually, all land snails are hermaphrodites, so I need a better familiar term for them) in our garden and it’s pretty tiny (this is a 50 cent coin, almost exactly the same size as a quarter for North American readers): 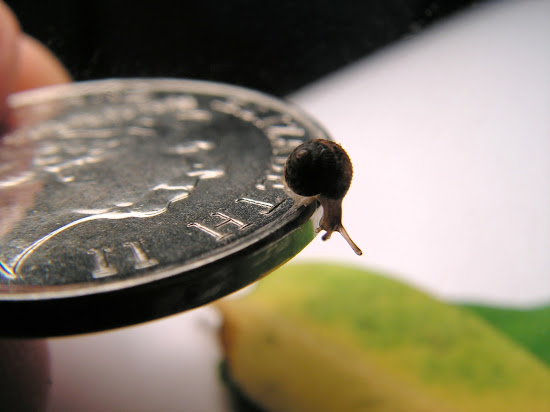 Allan Solem (who knew a thing or two about land snails) regarded the New Zealand land snail fauna as one of the most diverse the world. Head into a patch of native bush and pick through the leaf litter and you’re bound to find small snails like this one eating the decaying matter, look around a bit more an there will be slugs like the leaf veined ones I’ve written about and much bigger species like giant carnivorous Powelliphanta. The massive diversity of our land snails makes their classification and identification hard work. This is probably a punctoid (a member of the super-family Punctoidea) but that’s a pretty lame identification from someone who’s meant to be some sort of malacologist (equivalent to a scientist specialising the cute and the cuddly saying a cat it probably some kind of mammal, since land snail families tend be much more anciently diverged groups that vertebrate families) and doesn’t help us very much with getting the species name because there are probably 450 punctoids in New Zealand, only half of them formally described.
So, for now, I’m just considering it Incertae sedis and admiring its finely sculptured shell 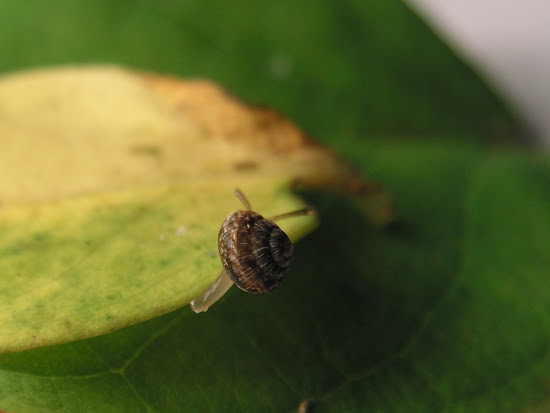