Last week I told you all that I had a great idea for a Sunday Spinelessness post, but not enough time write it. So, of course, this week I’ve managed my time in such a way… that there’s still no way I’m going to get to write that idea up.

I’ll leave that idea for another day, and, instead take inspiration from one of Alex Wild’s recent posts at Myrmecos. The bug-blogo-sphere is filled with wonderful photographers, producing absolutely stunning portraits of the little creatures that run our world. When I go out fossicking for bugs, it’s images like Alex’s ants and Ted’s beetles that I have in mind. That mindset inevitiably leads to dissapointment, since I’m restricted to a point an shoot camera. As much as I love my camera, it’s never going to challenge dSLRs for image quality and its lens can’t produce the sort of magnification a really good macro lens can. But, Alex points out, I shouldn’t be disappointed that my camera can’t do something it’s not designed for, instead, I should take advantage of some of the things digicams really are good at. In partcular, the small lenses used in these cameras create a wide depth of focus, which can capture not just a bug, but a little of the the way the world looks form a bug’s point of view. With this new idea in mind I went out today and… well, completely failed to get anything interesting. It was a grey sort of a morning here in Dunedin there wasn’t much life out at about. Instead, here are a few older images that gel with Alex’s tips:

First, a soldier beetle looking for food in masterwort flowers in the UBC Botanical Gardens in Vancouver. I tried, and failed, to get a close up of these beetle’s face; but did get this one: 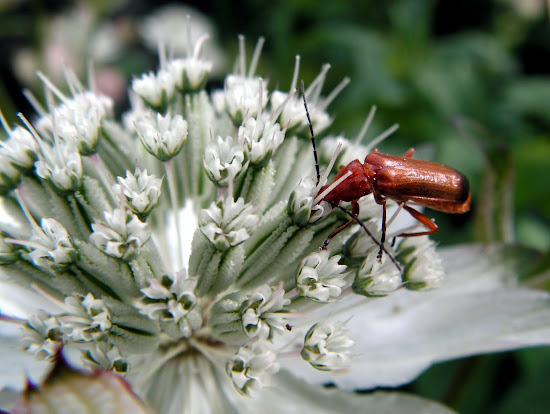 Flowers seem to be the over-arching theme in thse photos. A bumblebee visiting a dahlia (I probably should have thought a bit harder about the background here…): 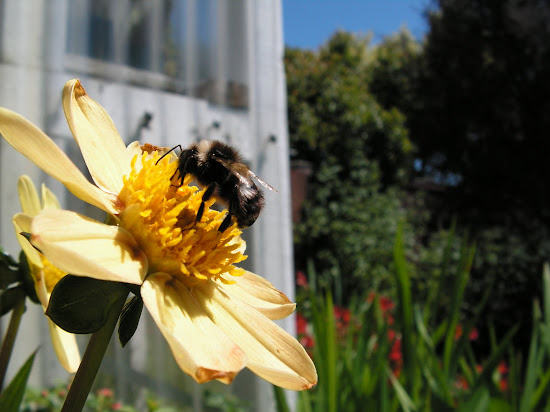 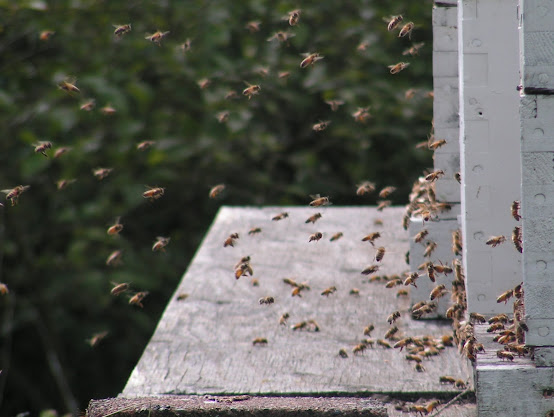 And finally, back to the dahlia for my favourite of these photos. A tiny fly, far too small for my camera to capture in any great detail, but looking pretty good in this setting: 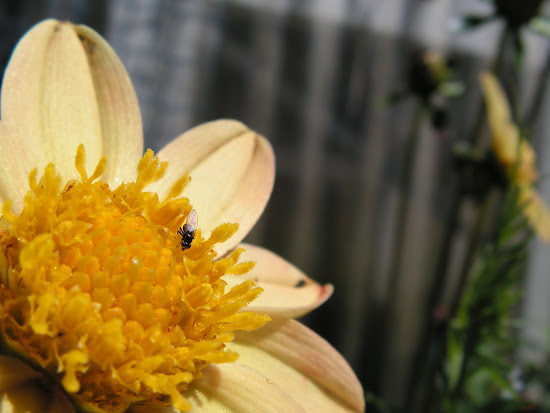 edit: I forgot to include a link to The Geek in Question, who followed up Alex’s article with some more great tips