It’s Sunday night. So, of course, it’s time for me to find an excuse for not writing that post I’ve been going on and on about and, instead, put up some photos and get back to work (or at least, stop working in time to watch Sherock).

The excuse is same old boring one, too much work and too little time. The photos were chosen to honour Weird Bug Lady (owner of the coolest Etsy shop in the world) and her brand new blog, dedicated entirely to caterpillars. 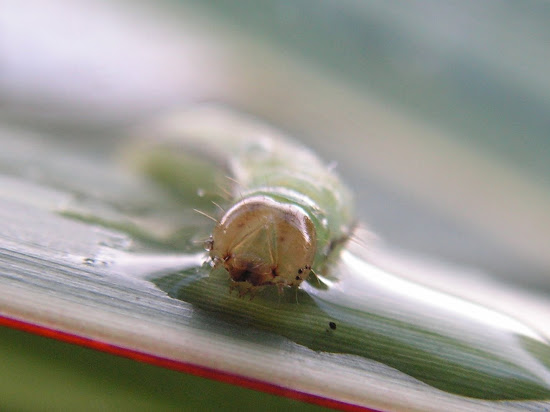 I’m not very good at the taxonomy of butterflies and moths, but it’s very easy to see what family this caterpillar belongs when you see it move (terrible photo I’m afraid…): 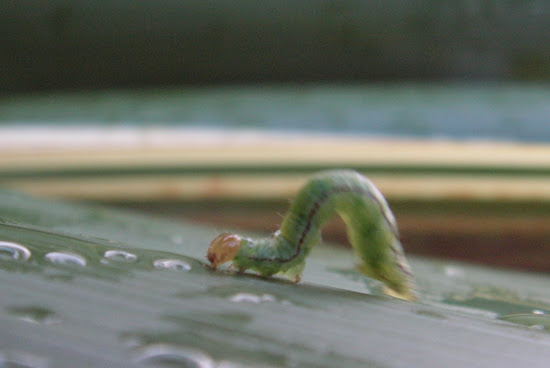 That’s the familiar gait of the “inch-worm”, “looper” or geometrid. I’ve talked about geometrids before, but this was a good chance to talk about the anatomy that makes their caterpillars different than those of other moths. Most caterpillars get about with a combination of six “true legs” (labeled 3 in the diagram below) combined with a set of “prolegs” (short stubby limbs not unlike the ones that propel onychophorans through the leaf litter, and labeled 4 below). Quite a few species have particularly well developed prolegs on their final segment, which are to clasp on surfaces (labeled 5)

Compare that pattern to this caterpillar: 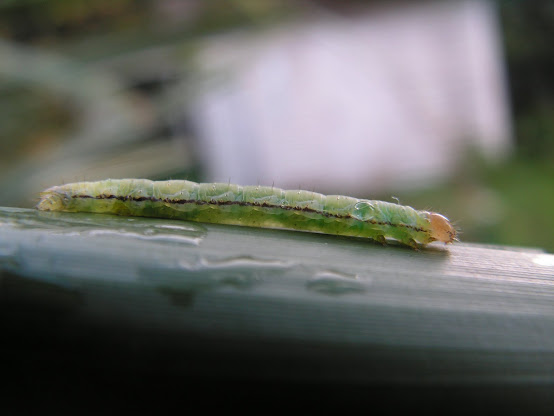 The true legs are there: 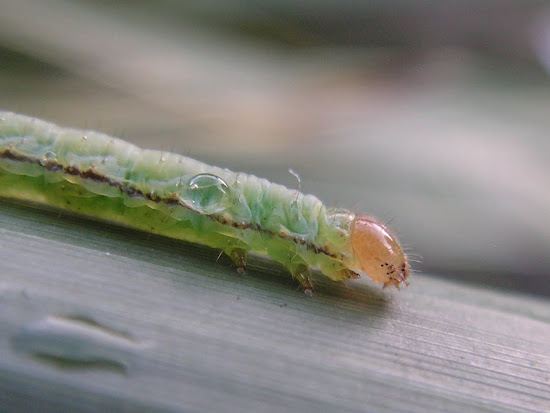 But the prolegs are gone, except for a big pair of claspers: 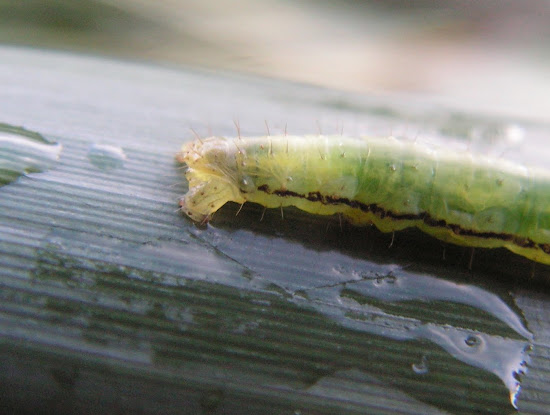 “Inchworms” move around by hanging on with their true legs and dragging their rear-end forward (making a loop out of their body in the process) before they clasp on the surface and extend their whole bodies forward. When you see an “looper” making its way along a leaf or a twig it really does look like it’s measuring out a set distance along its length, which gave them the common name “inchworm” and the scientific name Geometridae – which means earth measurer.

I have no idea what species this caterpillar belongs to. Landcare Research has photos of adults from about fifty species from New Zealand. Browsing through those photos, you can see some lovely examples of the camouflage patterns moths have developed to hide from hungry birds while they sleep on tree branches and trunks during the day: