I had planned to write about snail shells today. Specifically, about how chance mutations that change the direction of a shell’s spiral might be enough to create a new species. I guess that story will have to wait another week, today I’ll just share (what I think is) a particularly beautiful spiraled shell I found recently. 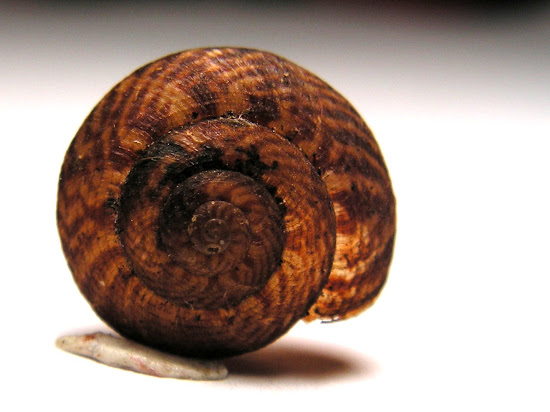 I’m not sure what species of snail once lived in this shell. I found this one, and 20 or 30 more, under logs and in leaf litter in the the fuchsia-dominated remnant forest (yes, in New Zealand fuchsia comes in tree-form) in Fraser’s Gully. There’s a clue to the taxonomic placement of the animal that used to inhabit the shell on the flip-side. 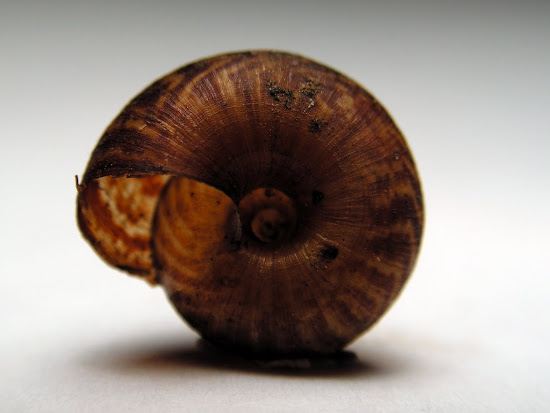 The hollow cone shape that forms at the bottom of some snail shells is called an ‘umbilicus’, and it’s a taxonomically informative character. In the New Zealand land snail fauna, the family Charopidae is assoicated with large open umbilcuses like this one. There are charopids that have closed shells, and there are snails from other families that have this sort of open umbilcus – so its presence isn’t the final word, but it’s something to go on and I’ll have to do a bit of sleuthing at some stage and see if I can work out what these snails are.

Whatever their placement, I was taken by these shells because of their lovely pattern. Something I more or less failed to capture in the obligatory front-on shot of the shell (sorry, I don’t even have time to photoshop the blue-tac out today!): 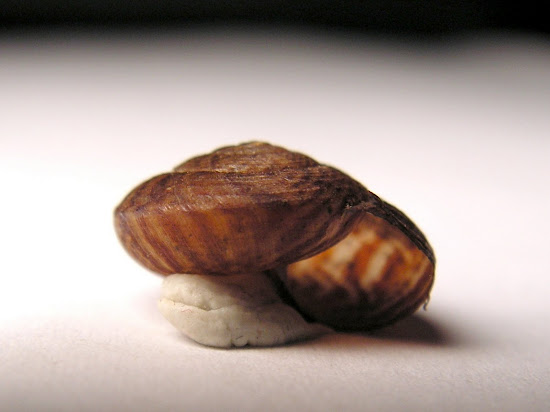