I’ve never taken a good photo of an ant. I’ve tried plenty of times, but even when I’ve happened across queens, whose size should give the point’n’shooter the best chance to capture a passable shot, I’ve failed. I haven’t given up though, and that’s why I was spent about 15 minutes of this morning on my hands and knees pointing my camera at the little red, and slightly larger black, ants that patrol the paving stones in front of our house. I failed again, but if you spend 15 minutes contemplating the little creatures that run our world you are pretty much guaranteed to run into something interesting. Today I saw something I’ve never seen before .
A baby harvestman! I’ve written about harvestmen before, they are spider-relatives which are mainly scavengers rather than hunters and don’t have poison-delivering fangs. I don’t know if this one is a native or the introduced European harvestman (Phalangium opilio), but New Zealand has a surprisingly large number of native harvestmen (several hundred, and likely more awaiting description) and a suprisingly large number of those are truly weird looking. Arachnids like harvestmen and spiders have two sets of appendeges associated with their head. The chelicerae are use to grasp food and direct it towards their mouths whereas the pedipalps are strangely dual-purpose organs, used almost like an extra set of legs and also to deliver sperm during mating. Earlier this year I ran across a native Palpatores which amazingly giant chelicerae: 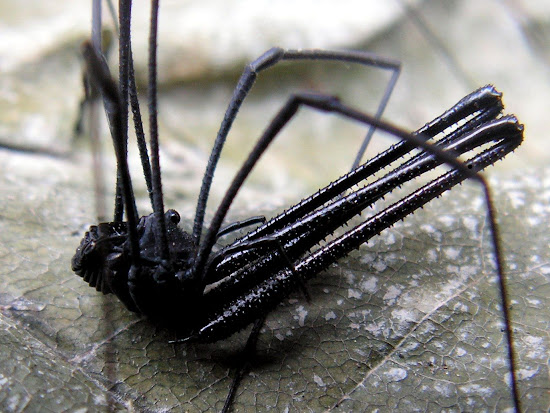 Today, while I was lining up the baby harvestman another misshapen harvestmen ran across the paving stones: 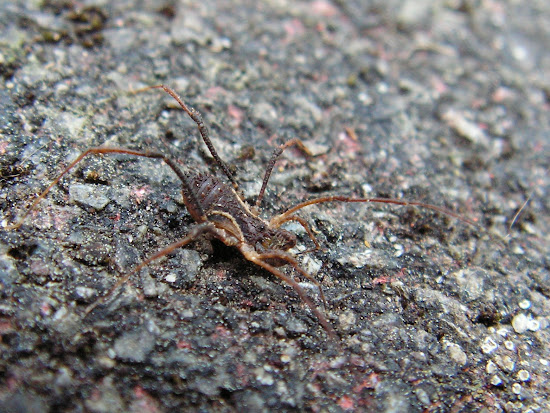 This one has considerably shorter legs than than the Palpatores, and when you zoom in on that mouth-gear you can see it’s the pedipals and not the chelicerae which are out-sized. It’s not clear why the pedipalps are so spikey. They might help males to fight to fight off challangers and secure mates, but they probably also contribute to these creature’s excellent camouflage. The three forward spacing spikes on the carapace place this guy in the genus Aligidia. I took a few more photos before I let him go about his business: 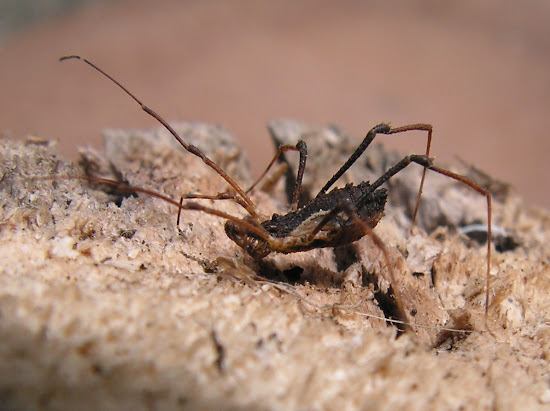 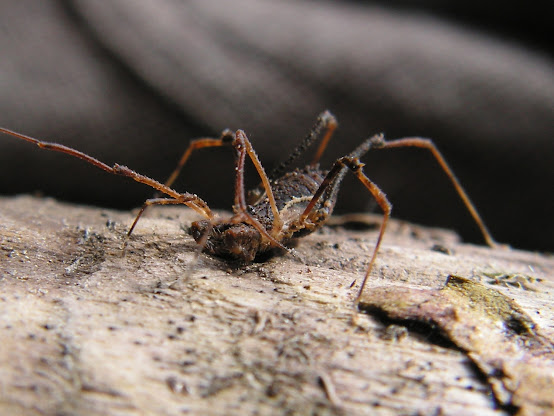 0 Responses to “Sunday Spinelessness – The other monster”